The Menace of Hipster Atheists

Over on One News Now, Peter Heck is very concerned, in a column entitled “As Atheism Rises, America Declines”. Like the Catholic apologists I wrote about earlier this week, Heck has noticed that atheists are making demographic gains – but his diagnosis of the cause leaves something to be desired:

A prosperous society built upon the back of the very values espoused in the Judeo-Christian worldview inevitably yields to satisfaction, complacency and arrogance – the belief that our material possessions, our comforts, our good fortune are all the result of our own hands.

Yes, and so what? Aren’t they?

Contra the Christians who seem to believe that these things just dropped out of the sky, our comforts are the product of human hands. When we survive disasters largely unscathed, it’s not because we have a dome of divine protection; it’s because we invested in resilient infrastructure. When we cure diseases, it’s not by anointing with holy oil; it’s because we did the hard work of scientific research ourselves. When we create new inventions that make our lives better, it’s always human beings who conceived the ideas and brought them to fruition. No god did any of these things for us. It’s no surprise that people become less religious as it becomes more apparent that religion has no connection to prosperity.

Soon it’s more than just not “needing” God for our provision. Man rebels against Him, and is offended by the mere suggestion of His authority.

As I’ve said many times, if God actually descended from the clouds and told us how he wanted us to live, we’d be having a very different debate. But that never happens in real life. What this actually means is that Heck and others like him want to claim divine authority for themselves – some human beings pretending to speak for God in order to boss other human beings around – and they get offended when, in our increasingly democratic society, we don’t just accept those assertions of superiority without question.

Granted, the number of “nones,” as these trendy hipsters like to call themselves, is not overwhelming, but it’s certainly higher than it should be if we were still a humble and rational people. 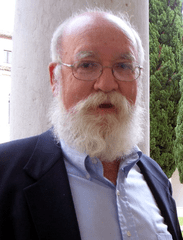 Yep, you heard right – we’re trendy hipsters! Atheism is the in thing, man! All the cool kids are doing it! It’s the latest fad, just like hot rods, dark glasses, and rock-n-roll music. (Who would’ve thought the older white men who make up a disproportionate share of the atheist movement were on the bleeding edge of the cultural zeitgeist?)

I think Heck’s problem is that he’s mistaken “new” for “trendy”. Because it’s an emerging cultural phenomenon, atheism is intrinsically interesting and newsworthy. But it’s not gaining numbers just because people want to get on the bandwagon. It’s gaining numbers because our arguments are winning, and people are increasingly rejecting unevidenced beliefs and prejudiced morality.

Christians certainly don’t believe that the massive preponderance of human beings since the dawn of creation who have believed in some form of Moral Authority, Designer, and/or Deity are wrong. We think they are 100-percent accurate in their basic understanding that there is Someone beyond us all.

Essentially, Heck is saying that it’s arrogant to deny any view held by a majority of human beings at that time. That’s an obviously fallacious appeal to popularity. That same reasoning could be used, and was used, to oppose the institution of democracy, the abolition of slavery, the granting of equal rights to women, the heliocentric model of the solar system, and any other ethical or scientific view that started out in the minority and had to fight for acceptance.

Now here’s the interesting part: even though his piece is titled “As Atheism Rises, America Declines”… Heck never gets around to explaining the “decline” part. In what ways has America declined? He treats it as self-evident that this is true, although he never gets around to listing a single specific example.

You could argue that atheism is responsible for America’s aggressive militarism, although I think you’d have a tough sell there. You could blame atheism for America’s vast inequality, but again, the immense untaxed wealth owned by preachers and churches also complicates the picture. You could also point out that America’s health-care system is awful compared to most advanced countries, except… well, you get the idea.

No, I suspect the “decline” Heck means to call attention to is that nowadays, gay people have too many rights and women who have sex aren’t punished harshly enough for it. It’s just another fond look backwards at the semi-mythical era when white Christian men were in charge and everyone else knew their place, or at least could be kept in their place. He may think it’s a sign of “decline” that Christians are losing their ability to dictate to others how they should live, but that’s just because every advance looks like a decline when your view of the world is backwards.

February 20, 2013
The Church Isn't Too Good at Introspection
Next Post 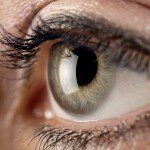