The book begins with Eddie Willers, who isn’t actually one of the protagonists, walking through the streets of New York City. He gives a dime to a homeless man who asks him the mysterious question “Who is John Galt?”, noting all the while that the city is dying:

The clouds and the shafts of skyscrapers against them were turning brown, like an old painting in oil, the color of a fading masterpiece. Long streaks of grime ran from under the pinnacles down the slender, soot-eaten walls. High on the side of a tower there was a crack in the shape of a motionless lightning, the length of ten stories.

Eddie, poor, tragic Eddie, works for the railroad company Taggart Transcontinental, and he’s returning to tell his boss, the company president James Taggart, that there’s been another train wreck on the Rio Norte Line. James Taggart is shifty and evasive and refuses to take any action to remedy the disaster, and seems unconcerned so long as he isn’t the one who gets the blame:

“It’s touching, Eddie,” he said. “It’s touching – your devotion to Taggart Transcontinental. If you don’t look out, you’ll turn into one of those real feudal serfs.”

As Eddie leaves the office in defeat, he exchanges a few words with one of the company clerks, Pop Harper, whose typewriter is broken and can’t get a new one. Pop also laments the constant drumbeat of bad news: subway accidents, bridges closing for repairs, stores going bankrupt and closing down everywhere. “It’s no use, Eddie,” he says.

So, the book begins with little background or exposition, with the plot already underway. Society is collapsing, the world is disintegrating and decaying, and the evil socialists have all but taken over. There’s nothing wrong with that, as such – in medias res is a fine technique of classical storytelling. But when you use it, you’re supposed to go back at some point and fill in the details, explain what events led up to that pass. And Rand never does.

We’re told right away that capitalism is dying a slow death in this world, but why? Rand’s characters, like Eddie and later on Dagny and Hank, don’t seem to know. But more importantly, Rand herself doesn’t seem to know either. She treats the decline of society as if it were a slow-spreading sickness, or a machine wearing out over time: something that happens on its own, requiring no outside factors to explain it. (We find out over the course of the book that it’s not just America, that every country in the world is becoming a communistic “People’s State” all at the same time.)

But as Rand herself was the first to insist, everything that happens, happens for reasons. Society grows and evolves as it does because of the actions of people. There’s no such thing as “the public”, in the sense of an amorphous, unconscious mass making decisions that aren’t traceable to any specific individuals. And clearly, this world was once in favor of capitalism. Its great skyscrapers and lavish corporate headquarters testify to that. What events changed that? What happened that caused people to no longer hold capitalism and free enterprise in the esteem they once did?

When it’s phrased this way, you can begin to see how this could be a dangerous question for Rand to answer, or even to contemplate. It may be no coincidence that she doesn’t return to it. But, rest assured, I intend to. 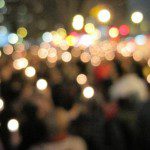 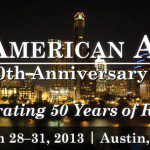 Debunking the Exodus I: Chronology
I am re-running my "Debunking the Exodus" series for some of my...
view all Nonreligious blogs
What Are Your Thoughts?leave a comment
Copyright 2008-2021, Patheos. All rights reserved.
error: Content is protected !!