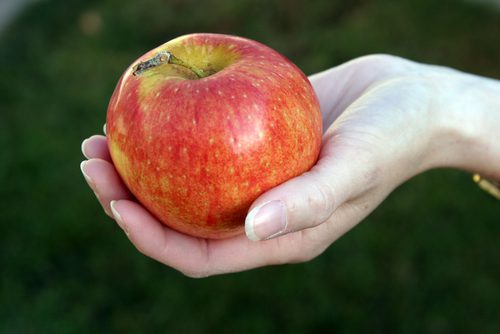 Summary: An interesting but sloppy argument that would have been much improved by more careful use of evolutionary reasoning.

Sex at Dawn, by Christopher Ryan and Cacilda Jetha, is a bestselling science book that sets out to present a radically new model of human prehistory. The authors’ thesis is that, prior to the invention of agriculture, the human species lived in small, roaming hunter-gatherer bands that had no notion of personal property or privacy. In these tribal societies, they say, promiscuous sex was the norm, and this acted as a social glue: since no man knew which children were his, every man cooperated in raising all the tribe’s children, to the benefit of all, and there was virtually no warfare or violence. The book’s strongly-implied conclusion is that monogamy is unnatural and harmful to human beings, and that we’d all be happier if we recognized this.

Reading this book, I found myself in the odd situation of endorsing where the authors end up, just not the road they took to get there. There’s no reason to expect every person to slot neatly into a cultural mold of abstinence until marriage and then till-death-do-us-part fidelity, and the moral guardians who’ve treated this pattern as one-size-fits-all have caused enormous and senseless suffering. I think our culture would be much healthier if we recognized that human sexuality is fluid and multidimensional, that people’s preferences and desires can change over a lifetime, and that negotiation and consent are more important values than monogamy. But we can defend this conclusion for its own sake, without recourse to dubious speculation about what’s “natural” for human beings, and I think Sex at Dawn often strays into very dubious and speculative territory indeed.

Ryan and Jetha’s argument is based in part on anthropological evidence, drawn from observations of present-day hunter-gatherer and pastoralist societies, which I’ll address in a followup post. But I want to begin with a few questions about the basic logic behind their argument:

Evolutionary Logic and the Standard Narrative

The first thought I had while reading SaD was: How did a society like the one it posits ever evolve? The book’s depiction of a utopian free-loving past, where everyone cooperated peacefully without jealousy or fidelity, apparently defies some fundamental principles of evolutionary logic. Most important of them is this: genes which give their bearers an advantage their own replication will dominate at the expense of those that don’t. That reasoning should apply with a vengeance here. In any group of human beings, if some men cared about paternity while others didn’t, the ones who did care would invest resources largely in their own offspring, while the ones who didn’t would spread their resources thin, investing in their own children and the other men’s children indiscriminately. (Even if you somehow started out with no men who cared about paternity, a mutant who did care would be bound to arise eventually.)

What would happen as a result? Obviously, the children of men who care about paternity would get more overall resources, would therefore be more likely to survive, to thrive and to have children of their own, and would make a greater contribution to the gene pool of the next generation, passing on their genes for jealousy and paternal care. Meanwhile, the children of the indiscriminate men would get fewer resources, would be less likely to reproduce, and would be less likely to pass on their genes for not caring about paternity. When this scenario is extended over many generations of evolutionary time, the gene for concern for paternity should drive its competitors to extinction. Ryan and Jetha don’t seem to have an argument for why this inexorable evolutionary logic doesn’t apply in this case.

Now, it’s true that there are other apes where paternity is unknown, especially the bonobo, which Ryan and Jetha rely on heavily as an example. But just as this reasoning would predict, bonobos are matrilineal, and paternal investment in offspring is little or nonexistent, because male bonobos don’t put in much effort for children they can’t be sure are theirs. But this isn’t the case in humans, which again points to the conclusion that concern for paternity played at least some role in our evolutionary past.

What irked me more was Ryan and Jetha’s cavalier treatment of the nature-versus-nurture question. They’d have us believe that concern for paternity is strictly a cultural trait, arising with the invention of agriculture and sedentary societies – they call paternity a “nonissue” [p.104] to men who lived before agriculture, and monogamy a “culturally imposed aberration” [p.109], despite the fact that some form of pair-bonding is ubiquitous in cultures throughout the world. But when it serves their purposes, they switch to arguing that other human behaviors are genetically hardwired and are evidence for our orgiastic past, like women being noisier than men during sex [p.255], or men who prefer porn that features group sex [p.231]. No evidence for these traits being genetically determined is presented other than anecdote.

But what annoyed me most of all is that the authors don’t even seem to understand the reigning paradigm they’re attacking. As part of their argument for the unnaturalness of monogamy, Ryan and Jetha point out that genetic testing shows infidelity is common among species once thought to be monogamous, like swans and prairie voles [p.136]. They also illustrate the violent lengths that human society goes to in order to enforce monogamy, citing horrific laws like Iran’s which mandate stoning for adulterers. They conclude, “No creature needs to be threatened with death to act in accord with its own nature” [p.98].

But this is completely off-base. The standard narrative doesn’t say that human beings evolved to be monogamous, but that we evolved to want our partners to be monogamous, a drastically different claim. Men want women to be faithful because they don’t want to spend their resources raising another man’s child; women want men to be faithful because they don’t want him to divide his efforts between them and another partner. But at the same time, each partner also has an evolutionary incentive to cheat: men to mate with as many women as possible, to broadcast their genes more widely; women to mate with higher-status partners who might have superior genes. The tug-of-war between these conflicting impulses is what produces the uneasy equilibrium we see. What’s even more puzzling is that, earlier in the book, Ryan and Jetha present a perfectly adequate summary of this model [p.7]; but when it comes time to argue against it, they only thrash at straw men.

Now, I’m not saying the standard narrative is a universal key to human behavior, nor am I saying it’s instinctive programming that can’t be altered by culture or personal choice. To the extent that mating strategies are genetically influenced, human beings undoubtedly have multiple reproductive strategies that we can switch between depending on what works best, just as we find in any other complex, successful and diverse species. But if you’re going to discuss this idea, the least you can do is get it right. Ryan and Jetha’s stumble over this basic point makes me more skeptical when it comes to arguments I’m not as familiar with.

Coming up: A discussion of Ryan and Jetha’s anthropological evidence, including the prevalence of warfare and the existence or non-existence of sexual jealousy in primitive societies. 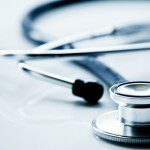 March 10, 2013
What Care Should Doctors Have to Provide?
Next Post

March 15, 2013 Book Review: Sex at Dawn, Part II
Recent Comments
0 | Leave a Comment
Browse Our Archives
get the latest from
Daylight Atheism
Sign up for our newsletter
POPULAR AT PATHEOS Nonreligious
1