Facing Up to the Bible’s Darkness 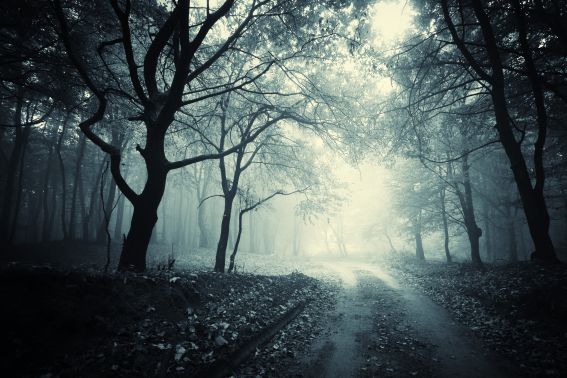 Via Slacktivist, I came across an interesting essay by Greg Boyd, Getting Honest about the Dark Side of the Bible. (You might remember Boyd as one of the theologians interviewed in Lee Strobel’s The Case for Christ, as well as his more recent and praiseworthy stand against the use of Christianity to support American imperial militarism.)

I have to give Boyd credit for doing something I’ve rarely seen Christians do: facing up squarely to the dark and savage morality of the Bible. In his post, he lists many of the same brutally violent verses atheists have often pointed out, in essays like my “A Book of Blood“, about God commanding genocide, smashing parents and children together, threatening to rip pregnant women open, and so on. Boyd writes that “we must honestly acknowledge that some depictions of God in Scripture are simply horrific” and that Christians must be “ruthlessly honest” about how disturbing this is:

How else can we describe material such as this as anything other than horrific, macabre, grotesque, and even revolting? If a portrait of God commanding people to slaughter babies and causing mothers to eat them doesn’t qualify as revolting, what would? If you found material like this in any other ancient or modern text, would you hesitate for a moment from labeling it as macabre, revolting, or some such phrase? If we are honest, we cannot deny it. So how does horrific material like what I just reviewed suddenly become less revolting by virtue of being found in our sacred text rather than someone else’s?

There are, of course, Christians who read these verses without a qualm because they hold to a divine-command morality in which might makes right, in which anything God does is morally good by definition because he’s the biggest and the strongest, even if it means killing children or impaling people on spears. Boyd rejects that apologetic as well:

This view is highly problematic for a number of reasons, not least of which is that it undermines the analogical basis of referring to God’s “goodness” and “love” etc. Unless what we mean by “good” as applied to God is analogous to what “good” means in other contexts, then the “goodness” we ascribe to God is devoid of content. The idea that God utterly transcends our moral categories also unwittingly ascribes to God a Nietzschian ethic in which morality is reduced to nothing more than the preferences of whoever is in power.

Boyd also argues that violence in religious texts leads to support for violence in real life – not a shocking conclusion, but it’s good to have additional evidence for it. He cites the testimony of early American colonists who justified a slaughter of native people by treating it like a biblical allegory, casting themselves in the role of conquering Israelites. (It reminds me of a study cited in The God Delusion which found that Jewish children were supportive of a biblical story about Joshua slaughtering the Canaanites, but sharply disapproved of the same story when the names and locations were changed to place it in ancient China.)

So, there’s much to praise here. Boyd is right to notice the contradictory moral views ascribed to God by the New and Old Testaments, where the former depicts Jesus as preaching forgiveness and self-sacrificial love, and the latter depicts Yahweh as commanding the violent and merciless eradication of all enemies. And he’s right to flinch from the genocidal morality of the Old Testament, rather than defending it as so many modern apologists horrifyingly do.

But what conclusions do you draw from this? When you wind up with such a stark contradiction in your worldview, a basic principle of logic would advise you to check your premises: one of them must be wrong.

From an atheist perspective, it’s obvious where the problem lies. It’s in Boyd’s belief that the Old and New Testaments must present a coherent moral view because they were inspired by the same divine author working under the same set of moral principles. If you throw out that premise and instead assume that the Bible is an imperfect, human product, then the mystery is dispelled and you wind up with a much simpler and more satisfying conclusion: the two halves of the Bible were written by different people with different moral outlooks and then stuck together without regard for coherency.

Now, Boyd says he rejects this view (“I adamantly affirm that all this material is inspired by God”). But short of that, it doesn’t seem as if he has much advice on how a Christian should resolve the dilemma, other than a vague promise that he’ll say more about it in the future.

What’s interesting is that he expressed the same view on another occasion, as I wrote in “The Poisoned Cup of Theodicy“. In that post, Boyd has a similar treatment of the problem of evil, arguing that any attempt by a theist to explain why there’s evil and suffering in the world will lead to a bad outcome, and so believers should just work to fight evil without letting themselves think about why it exists.

Tortured as this logic is, I suppose it’s better than embracing and defending the biblical genocides. But it still commits you to a intellectual landscape of pits and traps, one where you have to be careful where you tread lest you stumble into deadly paradox. To Boyd and others who believe like him, I ask: Wouldn’t it be easier just to set aside those tangled presuppositions and accept that the Bible is a human document, one that no god had a voice in creating?