In Support of Feminism and Diversity: Atheists Speak Out

In Support of Feminism and Diversity: Atheists Speak Out March 3, 2013 Adam Lee 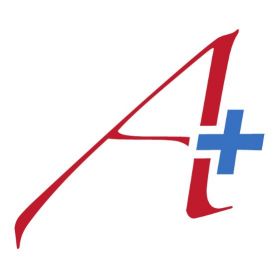 In January, I created a petition calling on atheists to show their support for feminism and diversity. That petition, with more than 2,000 signatures, was delivered to the leaders of the largest atheist and secular organizations at the end of January.

The petition also attracted over 400 comments from people who wanted to further explain why they were signing. Most of these comments were excellent, and I want them to be seen more widely. In this post, I’ll continue spotlighting some of my favorites.

Too often, minorities have been excluded from groups or opportunities based on factors outside their ability to fit into those groups. This trend must not mar the atheist/skeptical/secular community.
—Yvonne Hamilton

Being part of a minority group, it’s bad for the movement and ideas other groups are shut out or harassed. Also makes the movement lose appeal and credibility. Finally, this movement is suppose to be ‘more inclusive’ than religion; however, the same social justice issues that are seen in religion appear to be prevalent in this movement.
—Benjamin Nault

The skeptical/atheist movement should strive to be a reflection of the best of humanity – chauvinism and misogyny are not behaviors to be tolerated in our leadership.
—Joel Wheeler

It is bad enough that churches hold women as inferior to men. If the secular movement wishes to be a group representing people from all walks of life, it cannot tolerate those who dismiss, and worse, threaten potential allies.
—Shyra Latiolais

Diversity and free speech are core principles that the skeptics and freethought community should, and I think, must place an exceptionally high value upon. No one should be excluded from our community nor made to feel unwelcome or uncomfortable in it due to gender, ethnicity, viewpoint, skin color, etc.
—Randy Pelton

A diverse community is a strong community. Sexism is toxic, and should be discouraged.
—Jon Pinksen

To further outreach and tolerance in the movement I identify with, to make the world a better place for my children, and to send a clear message that equality and diversity are valued quantities in the secular movement.
—Jennifer Phillips

In any discussions, a balance must be struck between civility and the freedom to speak. An exchange of ideas in which participation is limited by coercion, intimidation, or bullying is neither free or an exchange. In the commerce of ideas, we are all cheated when we are not allowed exposure to the entire range of viewpoints or forced to select from the limited stock produced by those who shout loudest, obscuring the the offerings of those with equal or better thoughts.
—Dale Otteson

I’ve heard people argue that religion is the most destructive institution on the planet. If that’s true, then making atheism open to everyone that wants in is the only way to have a chance against it. And if religion isn’t as bad as other bigoted structures? Then those that consider themselves skeptics who care about human welfare ought to be willing to put their rationality where it counts, instead of patting themselves on the back for another great debunking of God.
—Colleen Potvin

I value free speech, and am opposed to those who would silence anyone or who would exclude anyone from participation based on gender, age, race, sexual orientation, or any other personal attribute.
—Bob Hagar

I just have this quaint idea that women are people, and as such entitled to be treated equally. I am the stereotypical Old White Guy, but I want the makeup of our community to to reflect reality. If that makes me a minority within it, that’s cool.
—Pieter Breitner

March 4, 2013 The Increasing Problem of Religious Hospitals
Recent Comments
0 | Leave a Comment
Browse Our Archives
get the latest updates from
Daylight Atheism
and the Patheos
Nonreligious
Channel
POPULAR AT PATHEOS Nonreligious
1