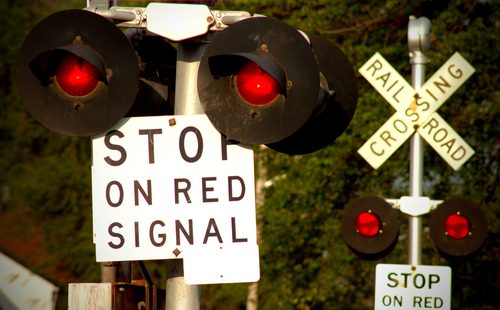 The first of the novel’s protagonists whom we meet is Dagny Taggart, the operating vice-president of Taggart Transcontinental and, as we quickly learn, the power behind the throne that keeps the railroad running. Actually, we first meet Dagny in a flashback, although not by name. She’s a childhood friend of poor, tragic Eddie Willers, who reminisces about her thusly:

He thought of a summer day when he was ten years old. That day, in a clearing of the woods, the one precious companion of his childhood told him what they would do when they grew up… When he was asked what he would want to do, he answered at once, “Whatever is right… Not just what you said. Not just business and earning a living. Things like winning battles, or saving people out of fires, or climbing mountains.” “What for?” she asked. [p.14]

Keep in mind: this is one of the heroes of this book, and her attitude is one we’re meant to admire and seek to emulate. This will probably be something you’ll have to keep reminding yourself of.

When we first meet Dagny properly, she’s on an overnight train, heading back to New York from a business meeting.

Her face was made of angular planes, the shape of her mouth clear-cut, a sensual mouth held closed with inflexible precision. She kept her hands in the coat pockets, her posture taut, as if she resented immobility, and unfeminine, as if she were unconscious of her own body and that it was a woman’s body. [p.20]

We’re told that she hasn’t slept in two nights, which is treated as only a minor inconvenience; Randian protagonists treat such things as annoying distractions from what they really love to do, namely spending time at the office. But what does inconvenience her is when she nods off briefly, only to find that the train has been diverted into a side track and has been stuck for an hour at a stop signal, waiting for the red light to change. Dagny jumps up and runs to the engine car, where she berates the train crew for doing what common sense and prudence would seemingly dictate:

“This is the Taggart Comet,” she said. “The Comet has never been late.”
“She’s the only one in the country that hasn’t,” said the engineer.
“There’s always a first time,” said the fireman. [p.23]

The crew suspect, as does Dagny, that the signal is broken and isn’t going to change, but they intend to leave the train sitting where it is until someone gives them permission to move. The text alludes to the obvious point that going through a stop signal could be dangerous, but the strong implication is that the main reason they’re doing this is to avoid any possibility of blame:

“Lady, I don’t intend to stick my neck out,” he said.
“He means,” said the fireman, “that our job’s to wait for orders.”
“Your job is to run this train.”
“Not against a red light. If the light says stop, we stop.”
“A red light means danger, lady,” said the passenger.
“We’re not taking any chances,” said the engineer. “Whoever’s responsible for it, he’ll switch the blame to us if we move. So we’re not moving until somebody tells us to.” [p.23]

Now, I’m not a railroad engineer, but it seems to me as if the crew are the ones in the right here. Although the text paints them as being cowardly and unreasonable, I’d think this is what a good driver should do. If a signal on the line tells you to stop, even if there’s no obvious reason, does it really sound like a good idea to just decide it must be broken and proceed through it?

There could be any number of good reasons for a stop signal, even one that stays red for an hour. Maybe there’s a broken or damaged rail up ahead, something that would be almost invisible in the darkness, or a stuck switch that would have diverted the train into a dead-end or unfinished section of track. Dozens of deadly train collisions and derailments have been caused by train crews who missed or ignored a stop signal, including one of the worst in recent history, a head-on collision between two trains in Los Angeles in 2008 that caused 25 deaths and dozens of serious injuries.

In the end, Dagny pulls rank, identifies herself and orders the train to proceed through the signal. Because this is Atlas and the protagonists are never wrong, we’re not meant to think of this as a foolhardy and dangerous decision. We’re meant to admire her for her bold and daring decisiveness while everyone else stands around helplessly wringing their hands – “the hard, exhilarating pleasure of action,” as the text puts it.

But what it actually shows is that in Rand’s world, there’s an author on board, arranging events so that her dashing capitalists are always right, even when they make decisions that in reality could easily prove disastrous. (Can you imagine the newspaper headlines? “22 Dead in Train Collision Caused by Railroad Executive Who Didn’t Want To Be Late For Meeting”?) Since many people take Atlas as a guide for how they should act in reality, you can start to see the danger of this book.

April 3, 2013
An Open Letter to the Secular Community: My Thoughts
Next Post 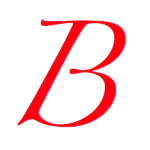