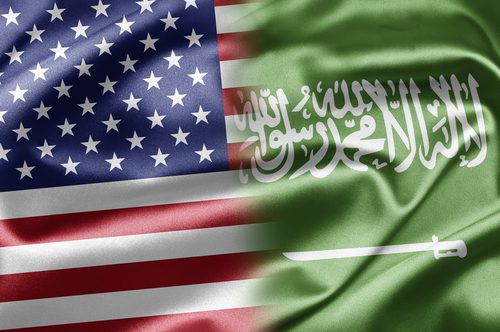 There was a searing editorial in the Times the other week, dictated by one of the men still being held prisoner at Guantanamo Bay. A hunger strike is spreading among the detainees there, which strikes me as an understandable response of men driven to despair by endless and indefinite imprisonment in a legal black hole. (The military authorities are retaliating with the barbaric and intensely painful measure of forced feeding.)

When the accused Boston bomber Dzokhar Tsarnaev was captured, Senator Lindsay Graham demanded he be put into military custody. He clearly said this for no reason other than that the Tsarnaev brothers were Muslims, since he never called for military detention for the man who shot Rep. Gabrielle Giffords and killed several innocent bystanders, or the mass murderer who sprayed bullets inside a movie theater in Aurora, Colorado. Other terrorists have been denied civilian trials, which is a perfectly just and reasonable way to deal with such criminals, thanks to the belligerence of Republicans and the spinelessness of Democrats.

The fallout of our disastrous “war on terror” continues to reverberate around the world. Iraq is sliding back into chaos and dictatorship. America’s undeclared and semi-secret drone war is ongoing in Pakistan, Yemen and possibly elsewhere, randomly dealing death from the sky and then retroactively classifying everyone killed as an “enemy combatant” so they can claim with a straight face that no innocent person has ever been killed by a drone. People, including acknowledged innocent people like Khalid el-Masri and Maher Arar, have been scooped up in military dragnets, flown to countries that routinely practice torture, subjected to waterboarding, chained in stress positions, kept in freezing rooms, denied sleep for hours or days – all of which were tactics practiced by the Nazis.

All these things are reprehensible; most of them are war crimes. It outrages me that they’re being done in my name, in the name of a democracy that supposedly respects and defends human rights, and it’s disgraceful that President Obama has little or no inclination to stop them. (He put an end to torture, but he’s taken no steps to investigate or to prosecute any of the people responsible for it.)

But at the same time, we have to face the fact that this isn’t a wholly one-sided conflict. As ruinous and counterproductive as American imperial militarism has been, the enemies against which we’re fighting aren’t imaginary.

In Afghanistan, the reconstituted Taliban are still attempting to murder girls who want an education and the people who would teach them. In Bangladesh, vast mobs are marching in the streets to demand that atheist bloggers be imprisoned and hanged. In Mali, a violent insurgency sought to impose hardline Islam all across the country, including smashing the ancient and historic tombs of Sufi saints, burning rare and precious books, and amputating hands and feet and doling out other barbaric punishments.

In Europe (and sometimes America), satirists who take even the mildest rhetorical jabs at Islam often find themselves targeted for murder by deranged fundamentalists who kill in the name of Allah. One French playwright was doused in gasoline by a homicidal fanatic in a failed attempt to immolate her in the street. The cartoonist who thought of “Everybody Draw Mohammed Day” had to change her name and go into hiding. In Muslim countries around the world, preachers and politicians whip up fury against harmless cartoons or blundering D-grade movies, sending the message that freedom of speech should be subject to an Islamic veto where it comes up against even the outermost bounds of religious sensibility, and too many people who should know better are buckling to them.

In my earlier post, “Why the New Atheism Isn’t Islamophobic“, I talked about some of this, but I want to put it in its larger context.

On one side of this battle are delusional, warmongering neoconservatives, aligned with the American religious right, who think that Muslims are irredeemable and subhuman and that preemptive invasion, torture, and wholesale denial of human rights is an appropriate way to deal with them. On the other are violent and ignorant Islamist thugs who dream of a new global caliphate and think they can bring it into being through random violence and terror against writers, against women, against ex-Muslims, and everyone else who won’t obey their harsh and austere theocratic vision.

I believe in universal human rights and in the ideals of the Enlightenment, which means I support neither of these factions. The problem, as I see it, is that criticizing either one of them often makes people assume you must be aligned with the other. (The example that comes to mind is this column by Glenn Greenwald, whom I usually agree with but who here far too blithely accuses “this New Atheist movement” of giving unqualified support to neoconservative aggression. Maryam Namazie has had the same experience.) And an even bigger problem is that good arguments – against both sides – have been tainted by racists, bigots, theocrats and warmongerers who make them in support of evil ends. (This is what Sam Harris was getting at with his infamous and easily misunderstood remark about how the danger of Islamic extremism is most clearly recognized by fascists.)

But the only antidote to bad speech is better speech, which means we have to keep making these arguments even if people we strongly disagree with are also making them. If we say these things often enough – and it probably helps to criticize both factions at the same time, as I’ve tried to do here – then it may begin to sink in that we’re a side all our own, supporting neither of the other two. 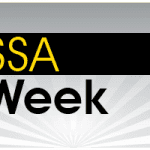 April 30, 2013 It's SSA Week - Ask Me Anything!
Recent Comments
0 | Leave a Comment
Browse Our Archives
get the latest updates from
Daylight Atheism
and the Patheos
Nonreligious
Channel
POPULAR AT PATHEOS Nonreligious
1