Save the Atheists of Bangladesh

Save the Atheists of Bangladesh April 8, 2013 Adam Lee

I’ve been getting more and more worried by the news coming out of Bangladesh, where there’s a climate of steadily increasing hostility and hate against nonbelievers. Earlier this year, there were violent riots against “blasphemous” internet posts, and one explicitly atheist blogger was murdered outside his own home. But as bad as that was, in the last few days things have suddenly gotten much, much worse:

Thousands of Islamist protesters marched the streets of Bangladesh’s capital, calling for the death penalty for bloggers who insult Islam. The city ground to a halt as demonstrators demanded the government change the law to punish blasphemers.

The activists gathered in their thousands at Dhaka’s commercial hub on Friday night in protest over blasphemous bloggers who offend Islamist sensibilities on social networks. In a demonstration that lasted well into Saturday, they urged the government to introduce a new law with the provision of the death penalty for those who defame Islam.

As the protesters advanced they chanted: “God is great, hang the atheist bloggers!”

The backstory is that, a few days ago, a hardline Islamist group called Hefajat-e-Islam delivered a list of names to the government, accusing all the people they named of defaming Islam and demanding their immediate arrest. Under intense pressure, and in spite of counter-protests by secularists, Bangladesh’s government did arrest four people for the “crime” of defaming Islam – since blasphemy was already punishable there by ten years in prison. But even that didn’t satisfy the Islamists, who are now demanding those people be punished not by imprisonment, but by death.

Important to note, this isn’t just the ranting of a few ignorant, hate-filled imams or religious bigots in positions of power. That may be how it started, but it’s swelled almost overnight into huge street protests – 100,000 people even by the conservative estimate of the Dhaka police. The last time I wrote about Bangladesh, it was for much the same reason: then, it was Islamists marching against a proposal to give women equal inheritance rights. Now, they’ve turned out to demand the lynching of atheists. It’s the same Dark Ages mentality roaring back, the same fever-dream of frenzied, mindless hatred that preachers of ignorance and xenophobia are so good at evoking.

I don’t know whether all the accused people are actually atheists. Blasphemy laws are often exploited to bring trumped-up charges against political rivals, something that frequently happens in nearby Pakistan. But whether or not they’re really atheists, it doesn’t matter. When theocrats are stirring up murderous prejudice and framing atheism as an evil deserving eradication, it endangers everyone – real atheists most of all, but when the lynch-mob mentality reigns and a mere accusation can be sufficient proof of guilt, no one is safe.

Obviously, there’s no real crime here; no one is even claiming that the bloggers have done anything other than express their own views on social media. This is a naked power play by Bangladesh’s Islamists, who are trying to get some people executed to make everyone else fear them.

I usually steer clear of Nazi comparisons, but this is one case where it’s wholly appropriate. This is how every would-be genocidal dictatorship gets its start: by identifying a specific group of people, always a despised and mostly powerless minority, and demonizing them as evil conspirators plotting to undermine society from within. By inciting bloodlust and calling for these invented enemies to be purged, the eliminationists consolidate their own power, not least by setting themselves up as the true arbiters of good and evil. This is the same blood-stained script that’s playing out in Uganda, except that there, the persecutors are evangelical Christians and the designated villains are gay and lesbian people. And if no one intervenes and it’s allowed to progress to its ultimate end, it always ends in the same shattering atrocities.

I don’t know yet what we can do about this, whether there’s any pressure we can apply to save the lives of the imprisoned Bangladeshi bloggers. I’ll post updates as I find out more. In the meantime, you could do worse than to contact Bangladesh’s ambassador in your country. Here’s his contact information for U.S. readers:

Please write to the ambassador and tell him that the four accused atheists should be set free immediately. Prosecuting someone for their opinions is an unconscionable crime against human rights, and if the Islamist savages get their bloody wish, there’s no telling who they’ll turn on next. The eyes of the world are watching Bangladesh! 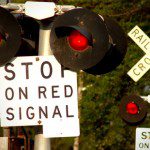 April 10, 2013 Book Review: Sex at Dusk
Recent Comments
0 | Leave a Comment
Browse Our Archives
get the latest from
Daylight Atheism
Sign up for our newsletter
POPULAR AT PATHEOS Nonreligious
1