• Presenting the inaugural Patheos Atheists Blog Carnival! Dan Fincke has put together a list of some of the best recent writing from all of us. Go check it out!

• From the Department of You Can’t Make This Up: earlier this week, the pope made a surprisingly ecumenical comment about how even atheists can be good people. A Vatican spokesman then issued a follow-up in which he clarified that, just in case there was any doubt, we’re still going to hell.

• After the ridiculousness of Ron Lindsay at WiS2 last week, I was very happy to see David Silverman, president of American Atheists, issue a robust defense of feminism on Twitter against the pro-harassment trolls. I made a donation to American Atheists to thank him; I hope you’ll consider it too.

• On that note, the organization Secular Woman has written an essay on how your point of view isn’t the default. This should be required reading for all old-white-guy atheist leaders.

• The Boy Scouts voted this week to lift the ban on gay members, though not the ban on gay troop leaders. It’s not equality, but it’s a good step. Given the strong influence of right-wing churches on the BSA, I was pleasantly surprised that they did even this much. And the epic tantrum of religious bigots was a glorious thing to behold:

LDS leadership (not laity) may support gay Scouts because advancing the gay agenda may lead to the return of polygamy.

• Help the Foundation Beyond Belief respond to the devastating Oklahoma tornado. Don’t forget, there are atheists who live there too!

• And lastly, if you’ve still got money burning a hole in your pocket, you could do worse than to help out this Kickstarter making a film about Jerry DeWitt, the one-time Pentecostal preacher who became an atheist. I’ve seen Jerry speak, and he’s a brave and principled person who deserves our support. 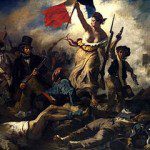 Nonreligious
Where Will the Deplorables Go Now?
Daylight Atheism
TRENDING AT PATHEOS Nonreligious