Atlas Shrugged: How to Build a Railroad 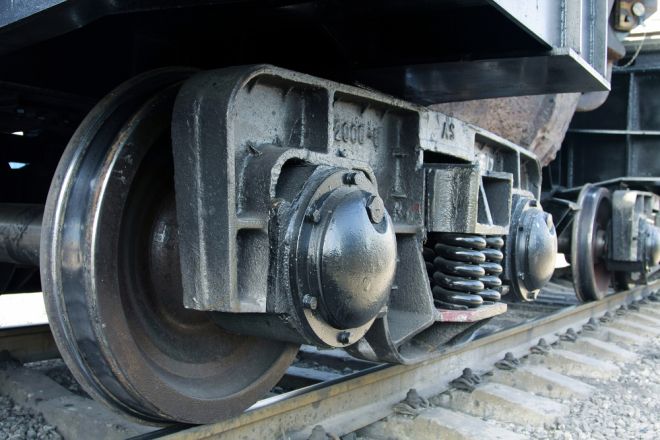 I’m going to skip ahead a bit, because this next section has a connection to my previous post about Dagny’s reminiscences. Dagny is leaving work at night after another long day (“She resented the small defeat of being tired”) and passes through the main concourse of the Taggart building:

Dominating the concourse, but ignored by the travelers as a habitual sight, stood a statue of Nathaniel Taggart, the founder of the railroad. Dagny was the only one who remained aware of it and had never been able to take it for granted. To look at that statue whenever she crossed the concourse, was the only form of prayer she knew. [p.62]

And who was this heroic ancestor?

Nathaniel Taggart had been a penniless adventurer who had come from somewhere in New England and built a railroad across a continent, in the days of the first steel rails… He was a man who had never accepted the creed that others had the right to stop him. He set his goal and moved toward it, his way as straight as one of his rails. He never sought any loans, bonds, subsidies, land grants or legislative favors from the government.

Of all the businesses Rand could have chosen for her heroes, I always thought that railroads were a bad choice to show the superiority of laissez-faire capitalism. After all, railroads, like other forms of infrastructure, almost always take major government support and investment to build.

But, like many other real-world complications, this is something Rand brushes aside. She insists that Nathaniel Taggart was able to build a railroad across the entire breadth of North America without ever having to deal with the government. That presumably means that the path of his railroad never crossed any public land that he’d have had to seek legislative permission to build on. It also means that his route never crossed any private land whose owners were unwilling to sell to him, since he never had to rely on eminent domain or any of those other evil looter tricks. He was able to cross a continent without ever once encountering anyone who refused to sell him the land he needed at a price he could afford.

You can judge for yourself whether this is even slightly believable. In reality, the first American transcontinental railroad required major government financial
support – to the tune of $16,000 per mile, rising to $48,000 per mile over the Rocky Mountains – plus extensive land grants. Modern engineering projects of similar scope, like the Keystone XL pipeline, have been embroiled in court fights with dozens of private landowners who don’t want to sell, and Keystone’s builders have been extremely aggressive about invoking eminent domain. For someone who claims to be so exclusively concerned with what’s real and possible, Rand’s handwaving dismissal of all these problems isn’t very impressive.*

Yet no penny of his wealth had been obtained by force or fraud; he was guilty of nothing, except that he earned his own fortune and never forgot that it was his.

So, Nat Taggart was guilty of nothing, Rand tells us. In literally the next paragraph, she writes this:

It was said that in the wilderness of the Middle West, he murdered a state legislator who attempted to revoke a charter granted to him, to revoke it when his rail was laid halfway across the state; some legislators had planned to make a fortune on Taggart stock – by selling it short. Nat Taggart was indicted for the murder, but the charge could never be proved. He had no trouble with legislators from then on.

I had one of those jaw-dropping moments when I read this. Whether or not Taggart murdered an elected official – and the text goes out of its way to imply that he did – let’s stipulate that he went to trial and was acquitted. Why did he have “no trouble with legislators from then on”? Would they henceforth be eager to grant charters and permission to someone who they believed murdered one of their number? (How often does someone kill a member of Congress and then get special favors and privileges from the rest of Congress?) Or is Rand saying, as she seems to be saying, that legislators did what he wanted after that because they were all afraid he’d kill them too if they refused?

OK, you might say, maybe his murder was committed in a moment of passion, a violent reaction against the scoundrels who plotted to ruin him. You might think that, except that in the very next paragraph, Rand writes:

It was said that Nat Taggart had staked his life on his railroad many times; but once, he staked more than his life. Desperate for funds, with the construction of his line suspended, he threw down three flights of stairs a distinguished gentleman who offered him a loan from the government.

He was merely offered a government loan, and responded by flinging the man down three flights of stairs, essentially implying that it’s acceptable to commit violence against the government under any circumstances. The text never breathes a hint of condemnation of this. In fact, Dagny all but worships him. Although she resents the idea of loving anyone just because she’s related to them (“unchosen family affections”, it’s called), we’re told that “had it been possible to choose an ancestor, she would have chosen Nat Taggart, in voluntary homage and with all of her gratitude”.

The message being sent here is that the desire to start a business entitles you to do anything you want, and if you can’t get your way through democratic means, you’re permitted to use violence against the people who are impeding you (remember, Taggart “had never accepted the creed that others had the right to stop him”). Rand treats this as noble and heroic behavior, worthy of praise.

* Rand claimed a real-world inspiration for Taggart Transcontinental: the Great Northern Railway, built from St. Paul to Seattle by the 19th-century railroad tycoon James J. Hill, without government investment. That would be just the sort of capitalist morality-play Objectivists so love – except that Hill put together his transcontinental span by buying and merging other railroads, such as the St. Paul & Pacific Railroad, that were built with land grants and state financial backing. 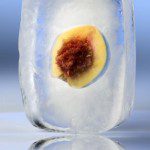 June 4, 2013 Women in Secularism Speakers' Letter to CFI Board
Recent Comments
0 | Leave a Comment
"they avowed their certainty that Jesus would bring her back to life:Despite this not being ..."
Bob Seidensticker The Strange Sad Story of Olive ..."
"...currently every single link in the "Trending at Patheos Nonreligious" is to a "I'm moving ..."
OverlappingMagisteria Announcing: OnlySky
"I've already signed up on Jonathan Pearce's site. Looking forward to the new digs."
ORAXX Announcing: OnlySky
"Interesting. Although if Andrew Hall is coming along, I hope the new site will make ..."
bificommander Announcing: OnlySky
Browse Our Archives
Related posts from Daylight Atheism