The Biggest Challenges to Staying Christian 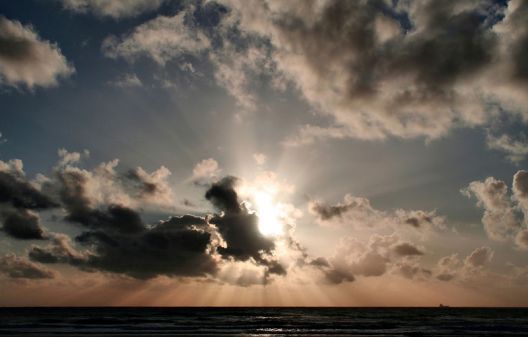 On Patheos’ evangelical Christian channel, Peter Enns has been soliciting comments from his readers about what the greatest challenges are to remaining Christian. He got hundreds of responses, and he’s compiled a list of five common themes in the answers:

1. The Bible, namely inerrancy. This was the most commonly cited challenge, whether implicitly or explicitly, and it lay behind most of the others mentioned. The pressure many of you expressed was the expectation of holding specifically to an inerrant Bible in the face of such things as biblical criticism, contradictions, implausibilities in the biblical story, irrelevance for life (its ancient context), and the fact that the Bible is just plain confusing.

2. The conflict between the biblical view of the world and scientific models. In addition to biological evolution, mentioned were psychology, social psychology, evolutionary psychology, and anthropology. What seems to fuel this concern is not simply the notion that Scripture and science offer incompatible models for cosmic, geological, and human origins, but that scientific models are verifiable, widely accepted, and likely correct, thus consigning the Bible to something other than a reliable description of reality.

3. Where is God? A number of you, largely in emails, wrote of personal experiences that would tax to the breaking point anyone’s faith in a living God who is just, attentive, and loving. Mentioned were many forms of random/senseless suffering and God’s absence or “random” presence (can’t count on God being there).

4. How Christians behave. Tribalism, insider-outsider thinking; hypocrisy, power; feeling misled, sheltered, lied to by leaders; a history of immoral and unChristian behavior towards others (e.g., Crusades, Jewish pogroms). In short, practically speaking, commenters experienced that Christians too often exhibit the same behaviors as everyone else, which is more than simply an unfortunate situation but is interpreted as evidence that Christianity is not true-more a crutch or a lingering relic of antiquity than a present spiritual reality.

5. The exclusivism of Christianity. Given 1-4 above, and in our ever shrinking world, can Christians claim that their way is the only way?

One thing we can take away from this list is that Christian leaders who seek to shelter their flock from doubt clearly haven’t succeeded. These are all very good arguments! And if there are so many Christians who’ll admit to being troubled by them, you can be sure that there’s an even larger number who feel the same way but aren’t willing to admit it. (Personally, I’d also have added the arguments from religious confusion and locality: how can anyone be expected to choose among the enormous diversity of all humanity’s religions when a person’s own affiliation is so clearly influenced by the time and place of their birth?)

Though it’d be almost impossible to get a verifiable answer, I’m tempted to wonder whether religious doubt is becoming more widespread now than it was in the past. Has the burgeoning secular movement (or the free flow of information over the internet) had an impact, exposing believers to skeptical arguments they’d never have come across otherwise? Or have theists like Enns’ readers arrived at these arguments on their own, by applying their own reason? Either way, it’s good news: it means the efforts of preachers to construct an impermeable bubble haven’t been successful. The best arguments against Christianity are circulating within the Christian community itself, in spite of all efforts to shut them out or dismiss them with handwaving rebuttals.

We should welcome this! Regardless of whether or not the person goes on to become an atheist, admitting religious doubt is a courageous and honest act, greatly preferable to the brittle and ignorant certainty of fundamentalist dogma. But even so, we can temper that praise by encouraging them to take the next step.

As Enns writes, “These issues aren’t new… They keep coming up, which is sort of the point,” and adds “that these issues don’t go away tells us something: either the answers aren’t all that persuasive or the answers aren’t getting to where they are needed.” In my opinion, all he’s missing is the obvious fact that there’s an abundance of Christian efforts to propagandize and defend the faith against objections, which means that the first explanation is much more likely than the second. The apologetics industry hasn’t failed to conquer doubt because it lacks the money and resources needed to get the word out; it’s failed to conquer doubt because its arguments just aren’t very good. And a belief system that’s not true would be inherently unable to muster convincing arguments in its favor.

His conclusion is that “faith in a true God is necessarily trans-rational (not anti-rational)” and that the solution is for Christians to “giv[e] up anything under their control, any ‘reasons’ for holding on.” To my mind, this is a refusal to face up to the problem. There is no such thing as “trans-rational” that’s different from “irrational”: either you’re making decisions based on sound logic and the evidence available to you or you’re not. We atheists shouldn’t shy away from pointing out that we hold to a worldview that’s rationally consistent, free of those gaps and contradictions that cause Christians and other theists so much intellectual difficulty and strife. 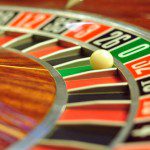