The Harms of Same-Sex Marriage 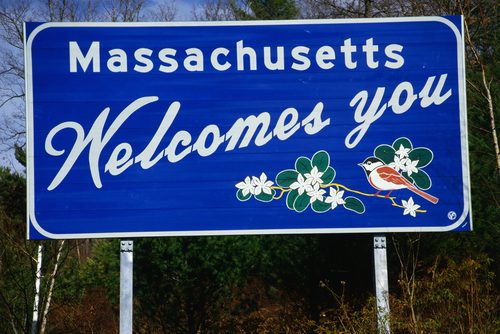 The Massachusetts anti-gay group MassResistance isn’t giving up. Even though same-sex marriage has been legal there for nearly 10 years and is supported by a strong majority of the public, they’re still fighting to turn back the clock. And although most people might say that Massachusetts’ failure to become a Sodom and Gomorrah-esque den of depravity has disproved the predictions of doomsayers, they’re not ready to concede that either.

I’ve been reading one of their leaflets, titled What same-sex “marriage’ has done to Massachusetts: It’s far worse than most people realize. In it, they allege a long list of harms caused by the recognition of marriage equality, most of which can be summarized as, “Same-sex couples are accepted as normal and supported by the rest of society.” Let’s take a look:

Kindergartners in Lexington, Mass. were given copies of a picture book, Who’s in a Family?, telling them that same-sex couples are just another kind of family, just like their own parents.

Yes, that is correct. Same-sex couples are another kind of family, and it’s completely appropriate for public schools to acknowledge that.

The Massachusetts Bar Exam now tests lawyers on their knowledge of same-sex marriage “law.” In 2007, a Boston man failed the Massachusetts bar exam because he refused to answer a question about homosexual marriage.

I’ve seen Christians use scare quotes when referring to same-sex marriage, petulantly refusing to acknowledge its reality, but the use of scare quotes around “law” is a new one for me. Apparently, they’re claiming that Christian lawyers should be allowed to refuse to learn about any area of the law they disagree with, however well settled.

In 2011 the Governor appointed Barbara Lenk, a “married” lesbian activist, to be a state Supreme Court Justice. She has said that the interpretation of law “evolves and develops” because “minority groups [e.g., homosexuals] see certain things differently based on their own experiences.”

I’m pretty sure that legalizing same-sex marriage wasn’t a prerequisite for appointing a lesbian to the state supreme court. The complaint here seems to be solely that gay and lesbian people are allowed to hold public office and to participate in making and interpreting the law.

Homosexual “married” couples can now demand to be allowed to adopt children – through any agency. In 2006 Catholic Charities decided to abandon handling adoptions rather submit to regulations requiring them to allow homosexuals to adopt the children in their care.

Good! Every couple who wants to adopt should have an opportunity to adopt every child who needs parents. That’s completely fair and appropriate. Children needing adoption aren’t the property of religious groups who can parcel them out as they see fit, and anyone who can’t accept that should get out of the adoption business.

Marriage licenses and certificates in Massachusetts now have “Party A” and “Party B” instead of “husband” and “wife.” Imagine having a marriage license like that.

The horror, the horror! How will I know which of the two people in my marriage is the husband and which is the wife if the government doesn’t tell me?! Why, if my marriage license doesn’t specify these things, I might end up as the wife without meaning to!

In 2009 angry homosexual activists terrorized the Park Street Church in Boston while it was holding an ex-gay religious training session inside. They demonstrated next to the doors and windows with signs, screaming homosexual slogans. One of them held a bullhorn against the window outside the meeting, bellowing at the participants inside. Police did nothing to stop them, even though they were standing inside the historic cemetery adjacent to the church.

Notice what they don’t say: that the protesters were violent or threatening, just that they “terrorized” the poor anti-gay bigots with their “homosexual slogans”. Remember, folks, if gay marriage is legalized, then gay people will be able to exercise their First Amendment rights, and we all know where that leads!

Notice, also, that this paragraph holds out the implication that the police should have stopped them, that they should have arrested the protesters to allow anti-gay churches to promote their bigotry in peace and without having to face public opposition. Combined with the other items on this list, it’s obvious that what MassResistance and their ilk really want is for gay people to be invisible, so that Christians can go through life without ever having to acknowledge their existence.

But all their excitable descriptions can’t really disguise the fact that, as persecution goes, this is weak tea. There are no instances of churches being shut down by the authorities, or pastors being hauled off in shackles to government-run reeducation camps. All that MassResistance is doing is describing a society where gay people are normal and accepted, and bigotry against gay people is disapproved of.

I admit, it’s fun to mock the pretensions of zealots who see persecution everywhere they look. But the bitter punchline is that MassResistance supports harming and persecuting gay people in ways far worse than any of the imagined persecutions against them. They’ve openly praised a Nigerian bill that would imprison same-sex couples for up to 14 years. The Nigerian law, which is only awaiting the president’s signature, also outlaws pro-gay-rights groups, punishes the “public show of same-sex amorous relationships” with up to 10 years in prison, and would even imprison people who serve as witnesses at an illegal same-sex wedding. MassResistance is pleased as punch by this:

The government of Nigeria, which has one of the world’s largest populations of AIDS sufferers, is outraged by what they feel is the Western world’s efforts to subvert public morality. They are now taking bold steps to fight back.

Almost predictably, Great Britain and the United States are threatening to take action against Nigeria for having the nerve to challenge Western political correctness.

This is one for the record books. There have been lots of religious sects who complain bitterly about oppression when they’re in the minority, but swiftly turn around and pass punitive, theocratic laws as soon as they have the power. But this may be the first case I’ve seen of a fundamentalist group that cries about the unfair treatment it says it’s getting while at the same time advocating imprisonment and forced silence for its adversaries.

June 12, 2013 Women in Secularism Attendees' Letter to the CFI Board
Recent Comments
0 | Leave a Comment
Browse Our Archives
Related posts from Daylight Atheism