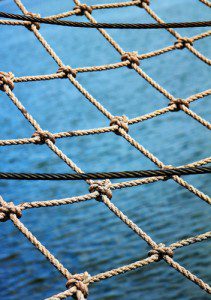 There are a few plot developments at the start of this chapter that I’ll skim over. We find out that it’s getting difficult for Dagny to keep Taggart Transcontinental running, because their business associates are becoming unreliable:

She was back from a trip to the plant of the United Locomotive Works in New Jersey, where she had gone to see the president of the company in person. She had learned nothing: neither the reason for the delays nor any indication of the date when the Diesel engines would be produced. [p.66]

Meanwhile, poor, tragic Eddie Willers tells her that McNamara, their best contractor, has mysteriously closed his business and vanished:

Eddie said, “He’s walked out on a pile of contracts that are worth a fortune. He’s had a waiting list of clients for the next three years…” She said nothing. He added, his voice low, “I wouldn’t be frightened if I could understand it… But a thing that can’t have any possible reason…” [p.67]

McNamara is the latest on a list of vanished people, including Richard Halley, Dagny’s favorite composer, who retired and disappeared from society the day after the last performance of his final opera, Phaethon. (In Halley’s opera, Phaethon succeeds in driving the sun’s chariot across the sky, rather than causing disaster before being killed by Zeus as in the original Greek myth. This always reminds me of the Taylor Swift song which rewrites Romeo and Juliet to have a happy ending.)

We also learn that the government of Mexico, now called “the People’s State of Mexico”, has seized the San Sebastian Line and the copper mines it was going to connect to, validating Dagny’s resistance to building it, but resulting in huge losses for Jim Taggart and Orren Boyle. Both of them are furious that investing their money with Francisco d’Anconia hasn’t delivered them the safe returns they thought they were owed (“Is he going to be taken by a bunch of Greaser politicians with a decree?” demands Jim, rhetorically – it’s not clear whether we’re meant to take this racism as further evidence of his villainy).

But the biggest development in this chapter is that the National Alliance of Railroads votes for a regulation called the “Anti-dog-eat-dog Rule”, designed to put an end to “destructive competition” by declaring that no more than one railroad will be allowed to run service in any one area of the country, giving seniority to the older and larger railroads. The effect of this will be to shut down Taggart Transcontinental’s main rival, the Phoenix-Durango, which is currently serving the industries in Colorado and which Dagny was trying to rebuild the Rio Norte Line to compete with.

When Dagny finds out from a gloating Jim that the rule has passed, she’s furious with him and rushes out to meet with the Phoenix-Durango’s president, Dan Conway. Conway used to be one of the good capitalists – we know this because he has “the face of a fighter” and because he cares about nothing besides managing a railroad and making money: “The whole sphere of human endeavors… left him blankly indifferent; he had no touch of that which people called culture” [p.78]. But when Dagny urges him to fight back, she finds he’s thrown in the towel:

“I’ve never gone back on my word in my life,” he said tonelessly. “I don’t care what the courts decide. I promised to obey the majority. I have to obey.” [p.78]

“It’s not about you, it’s… Dan,” she said suddenly. “I hope you know it’s not for your sake that I wanted to help you fight.”

He smiled; it was a faint, friendly smile. “I know,” he said.

“It’s not out of pity or charity or any ugly reason like that. Look, I intended to give you the battle of your life, down there in Colorado. I intended to cut into your business and squeeze you to the wall and drive you out, if necessary… I would have fought you, and if I could make my road better than yours, I’d have broken you and not given a damn about what happened to you.” [p.80]

Remember what I said at the beginning of the book: Dagny is one of the heroes, and her attitude is one we’re meant to find brave and heroic and to cheer on. You can never have too many reminders of this.

Now, I’m not against competition per se. In general, people should be able to decide where to spend their own money, and if one business offers a better product than another, then it should be my choice to shop there. The competition this produces gives rise to all the benefits of capitalism: new and better ways of doing things, and greater efficiency in doing the things we’ve already figured out. But those benefits have to be balanced against the human costs: people being exploited, losing their livelihoods, suffering from poverty and deprivation.

However, in Rand’s view, it seems as if these aren’t drawbacks. She treats it like a law of the cosmos that there should be competition, not because it benefits everyone in society or because it’s the most efficient way of allocating resources, but because it’s right that better businessmen should mercilessly devour and destroy weaker ones (remember, she considers pity and charity to be “ugly” emotions). Her attitude is like the law of the jungle personified.

Ironically, this capitalism-red-in-tooth-and-claw philosophy is ultimately irrational and counterproductive. If you want people to take risks, the best way to do it is to create a social safety net that guarantees a minimum standard of living for everyone in society. That way, a would-be innovator will know that if you start a business and it fails, you won’t lose everything and end up utterly ruined, broken and starving in the gutter. That prospect would surely chill the entrepreneurial spirit in anyone.

If Rand doesn’t see this, it’s because her philosophy – almost like the philosophy of The Secret – holds that everyone gets what they deserve, no matter what, and people who take risks in the proper spirit of heroic determination can’t possibly fail. Remember her rewriting of the story of Phaethon: the original myth was a cautionary tale about not accepting responsibilities you’re unprepared for, but she turns it into a parable that anyone can achieve anything if they really want to. As with Dan Conway, the only cause of failure is giving up. If you start with that as an axiom, then it’s easy to see why there’d be no need for a social safety net. But what evidence could possibly lead you to the conclusion that this is how the universe works? 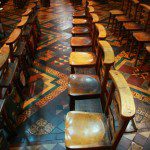 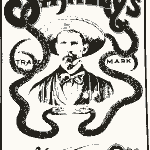 July 8, 2013 Critical Thinking vs. Victim-Blaming
Recent Comments
0 | Leave a Comment
Browse Our Archives
get the latest from
Nonreligious
Sign up for our newsletter
POPULAR AT PATHEOS Nonreligious
1