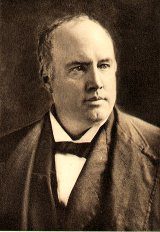 There was a great disgrace in this country today. Backed by the laws of the state of Florida, a jury decided that it was reasonable for an armed white man to provoke a confrontation with an unarmed black teenager, shoot him dead, and then claim he was acting in self-defense.

I’m too heavy-hearted to write much about this, or about the Supreme Court’s disgraceful gutting of the Voting Rights Act last month. Suffice to say that race relations are an open and unhealed wound in the fabric of this country, and despite electing a black president, we seem farther from true equality than ever.

I didn’t know this until recently, but the Civil Rights Act of 1964, prohibiting racial discrimination in schools and businesses that serve the public, wasn’t the first time Congress had tried to pass such a law. In fact, a nearly identical Civil Rights Act was passed in 1875, during Reconstruction, which outlawed racial discrimination in public accommodations. But in 1883, the Supreme Court struck that law down. As Susan Jacoby wrote in her book The Great Agnostic, “the decision would stand as the basis of Jim Crow in everyday southern life for more than eighty years”.

In a lecture given that year, the great freethinking orator Robert Ingersoll spoke about that decision and about the state of civil rights in the United States. Ingersoll’s thesis – that the federal government has to step in to protect the rights of its people when the states refuse to do so – is a proposal that’s still painfully relevant today. He was well ahead of his time on this subject, just as we’re still well behind where we should be.

With only a few minor changes and updates to the language, he could have been speaking about Trayvon Martin and what happened to his killer in Florida today. Here are some excerpts from that lecture:

…That is affirmative in its character. That affirmation imposes the obligation upon the General Government to protect its citizens everywhere. That affirmation clothes the Federal Government with power to protect its citizens. Under that clause, the Federal arm can reach to the boundary of the Republic, for the purpose of protecting the weakest citizen from the tyranny of citizens or States. That clause is a contract between the Government and every man – a contract wherein the citizen promises allegiance, and the nation promises protection.

This decision takes from seven millions of people the shield of the Constitution. It leaves the best of the colored race at the mercy of the meanest of the white. It feeds fat the ancient grudge that vicious ignorance bears toward race and color. It will be approved and quoted by hundreds of thousands of unjust men. The masked wretches who, in the darkness of night, drag the poor negro from his cabin, and lacerate with whip and thong his quivering flesh, will, with bloody hands, applaud the Supreme Court. The men who, by mob violence, prevent the negro from depositing his ballot – who with gun and revolver drive him from the polls, and those who insult with vile and vulgar words the inoffensive colored girl, will welcome this decision with hyena joy. The basest will rejoice – the noblest will mourn…

This decision, in my judgment, is not worthy of the Court by which it was delivered. It has given new life to the serpent of State Sovereignty. It has breathed upon the dying embers of ignorant hate. It has furnished food and drink, breath and blood, to prejudices that were perishing of famine, and in the old case of Civilization vs. Barbarism, it has given the defendant a new trial.

I am the inferior of any man whose rights I trample under foot. Men are not superior by reason of the accidents of race or color. They are superior who have the best heart – the best brain. Superiority is born of honesty, of virtue, of charity, and above all, of the love of liberty. The superior man is the providence of the inferior. He is eyes for the blind, strength for the weak, and a shield for the defenseless. He stands erect by bending above the fallen. He rises by lifting others.

Of one thing you can rest assured: The best white people are your friends. The humane, the civilized, the just, the most intelligent, the grandest, are on your side. The sympathies of the noblest are with you. Your enemies are also the enemies of liberty, of progress and of justice. The white men who make the white race honorable believe in equal rights for you. The noblest living are, the noblest dead were, your friends. 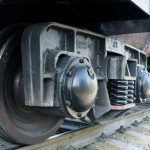