This November, a film adaptation of the classic sci-fi novel Ender’s Game is hitting theaters. Normally, that’s the kind of movie I’d be first in line to see.

The problem in this case is that the novel was written by Orson Scott Card, who’s a more than merely run-of-the-mill religious bigot. Card has said that atheists are unfit to be president; he’s on the board of a prominent anti-gay political organization; he thinks that “homosexual behavior” should be kept illegal in order to “send a clear message”; and most shocking of all, he’s advocated the overthrow of any government that permits same-sex marriage:

How long before married people answer the dictators thus: Regardless of law, marriage has only one definition, and any government that attempts to change it is my mortal enemy. I will act to destroy that government and bring it down, so it can be replaced with a government that will respect and support marriage, and help me raise my children in a society where they will expect to marry in their turn.

In light of comments like these, Geeks Out is organizing a Skip Ender’s Game campaign, which I unequivocally support. I will not see this movie in theaters or on DVD. I don’t want a single penny of my money going to a vicious bigot like Card, even if the movie doesn’t touch in any way on his homophobic views, and even if the company that made the movie has repudiated them (as indeed it has).

There are many famous sci-fi and fantasy authors who’ve acted in utterly unacceptable ways. For example, Isaac Asimov (whose writing I still enjoy) had a reputation for sexually assaulting women and was proud of it. But for better or for worse, most of those authors are dead now, and any royalties on their work merely go to their estates. Card’s case is different because he’s still alive and politically involved, and it’s safe to assume that whatever money he makes from this film, he may use to support continuing efforts to deny equal protection of the law to GLBT people.

In response to the boycott campaign, Card released a whining, passive-aggressive statement in which he pleads for “tolerance”:

With the recent Supreme Court ruling, the gay marriage issue becomes moot. The Full Faith and Credit clause of the Constitution will, sooner or later, give legal force in every state to any marriage contract recognized by any other state.

Now it will be interesting to see whether the victorious proponents of gay marriage will show tolerance toward those who disagreed with them when the issue was still in dispute.

I have to admit, it cheers me that even so staunch a bigot as Card thinks the battle is all but over and that marriage equality will soon be the law of the land. But his canting invocation of the “why won’t you tolerate my intolerance” argument removes any sympathy I might ever have considered having for him. Card and his ilk fought as long and hard as they could – are still fighting as hard as they can – to deny equal rights and equal dignity to gay and lesbian couples, not just through harassment and intimidation but with the brute force of the law. How dare they turn around and beg for tolerance when it looks like the tide of public opinion is shifting against them?

To be clear, I have no difficulty with tolerating people who disapprove of atheism (or homosexuality or whatever else) on the grounds of personal religious belief. Everyone has the right to hold whatever opinions they like, as distasteful as they may be. But I don’t accept or tolerate people who try to make laws based on their own private prejudices, or who try to deny others the equal right to participation in civic life. Card falls into the latter category, and so long as he persists in his despicable views, he deserves to be shamed and scorned. 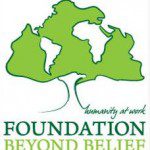