I’ve been writing about Russia’s brutally violent crackdown on LGBT people and whether the international community ought to respond by boycotting the upcoming Winter Olympics in Sochi. Incredibly, that situation got even worse last week with the news that Vladimir Putin has decreed a “forbidden zone” around the Olympics where all forms of public demonstration and protest are banned. (Meanwhile, even Adolf Hitler granted a temporary exemption from Nazi Germany’s anti-gay laws to foreign athletes and spectators at the 1936 Munich Olympics. I’m not making that up.)

Now, if you’re like me, you may be wondering what the American religious right thinks about all this. After all, as I wrote in June, a Massachusetts anti-gay group fulsomely praised a Nigerian law that would imprison gay and lesbian people for as long as 14 years. Will they repeat this pattern by cheering on Vladimir Putin from the sidelines? The answer is yes.

Let’s start with an article on the Christian news site OneNewsNow which has the approving headline – again, I’m not making this up – of “Russia sees America’s error, may ban public homosexuality“. Here’s what it says:

As an evangelist who works in Russia, Tim Todd tells OneNewsNow that is quite a contrast to America, which has the most pro-homosexual president in the country’s history. Todd, who heads Revival Fires International and has worked in Russia, understands that country’s stand against the homosexual agenda.

This is just one of many examples of American fundamentalists applauding Russia’s turn toward authoritarianism. Here are some others:

• A spokesman for the National Organization for Marriage wrote in an e-mail that he was “intrigued” by the Russian law, adding that he saw it as a sign of Russia’s leaders “attempting to stem the tide of moral decline” in that nation. He also said, “I applaud the Russians for taking a stand for children!”

• Anti-gay evangelical Peter LaBarbara said that “Russians do not want to follow America’s reckless and decadent promotion of gender confusion, sexual perversion, and anti-biblical ideologies to youth” (source) and added that America shouldn’t offer asylum to gay Russians who flee the country: “We don’t want homosexual activists from across the world, we have enough in the United States as it is.”

• Austin Ruse, president of the Catholic Family and Human Rights Institute, said that “You admire some of the things they’re doing in Russia against propaganda”, and plans to travel to Russia to meet with government officials to offer his support.

• In a show of support for the Russian legislation, the World Congress of Families, an anti-abortion, anti-same-sex-marriage group based in Illinois, is holding its 2014 conference at the Kremlin. The WCF website says that Russia, “with its historic commitment to deep spirituality and morality, can be a hope for the natural family supporters from all over the world.” A WCF spokesman, Larry Jacobs, also added that “Russia could be a great ally for conservatives” and cheered its anti-gay laws as a “great idea” (source).

• Scott Lively, one of those bloody-handed evangelicals who played a role in drafting draconian anti-gay legislation in Uganda, also spoke hopefully of how “Russia could become a model pro-family society” by passing laws like these. He added that such laws are more feasible in Russia because “Russians… are comfortable with an authoritarian style”.

As you’ll probably have noticed, none of these Christian writers breathe a whisper of concern about the savage mob violence against Russian LGBT people, including torture and murder. None of them have the slightest concern about what it means for free speech that peacefully expressing a pro-gay viewpoint on a Russian public street can now get you arrested. None of them, in short, seem to care at all that Russia under Putin is returning to the totalitarianism of the czars. They’re happy to see a violent, corrupt, brutal dictatorship thrive, just as long as it’s oppressing and persecuting the people they want to see oppressed and persecuted.

There are a few exceptions, but even those conservative religious writers who have enough of a conscience to deplore violence and suppression of free speech are visibly conflicted about it. One example is this column by Rod Dreher, “1.5 Cheers For Putin“, in which he writes, “I deplore the anti-gay violence taking place in Russia” – and yet, he says, “Vladimir Putin’s Russia is defending traditional Christian moral standards and actual Christians more than America is… If I were Russian, I probably wouldn’t vote for Putin, because he is too illiberal. But I don’t know that for sure.”

It’s often said that prejudice comes from fear, and I think the American fundamentalists are a distilled example of that. Humanity is becoming more tolerant of difference, and their world, the one they once dominated, is slipping away. They see this as clearly as anyone else. But rather than bow to the inevitable, they’re lashing out, cheering for outbreaks of thuggish violence as if they were brave acts of civil disobedience. Their bloodstained hypocrisy is manifest: even as anti-gay Christians cast themselves as persecuted victims, they’re openly lending their support and encouragement to violently illiberal dictatorship. 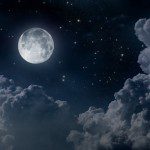 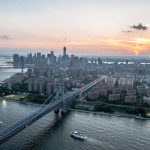 August 28, 2013 The Political Pull of New York's Ultra-Orthodox
Recent Comments
0 | Leave a Comment
Browse Our Archives
get the latest updates from
Daylight Atheism
and the Patheos
Nonreligious
Channel
POPULAR AT PATHEOS Nonreligious
1