Atlas Shrugged: Marge vs. the Monorail

The last section of this chapter skims over a few years in flashback. We’re told that Dagny was twenty-four the last time she saw Francisco, in New York. That night, while they’re in bed together, he seems wracked by some inner struggle and makes a strange request – “Help me to remain. To refuse. Even though he’s right!” – but then won’t explain what he meant by it or what’s troubling him. The next morning, before he leaves, he says that he’s going to do things she’ll condemn him for and asking her to remember that he told her this in advance. Soon thereafter, he retreats from the business world and starts throwing bizarre, lavish parties like any other irresponsible playboy.

Back in the present day now, Dagny enters Francisco’s suite at the Wayne-Falkland Hotel (Rand’s version of the Waldorf-Astoria), furious and determined to find out what’s going on with him.

She was certain of the anger when she knocked at his door. She heard his voice, answering, “Come in.” She jerked the door open and entered.

Nobody ever wondered whether Francisco d’Anconia was good-looking or not; it seemed irrelevant; when he entered a room, it was impossible to look at anyone else…. His body seemed designed as an exercise in consistency of style, a style made of gauntness, of tight flesh, of long legs and swift movements. His features had the fine precision of sculpture. His hair was black and straight, swept back. The suntan of his skin intensified the startling color of his eyes: they were a pure, clear blue. [p.114]

As you’ve probably noticed, Francisco is the latest in a line of tall, thin, blue-eyed heroes. There seems to be a bit of Author Appeal going on here.

Dagny confronts him, accusing him of botching the San Sebastian project deliberately, digging the mines in the full knowledge that they were worthless. Francisco doesn’t quite deny it, but asks innocently if she’s sure he didn’t just make a mistake:

“But haven’t I the right to be what is now accepted as human? Should I pay for everybody’s mistakes and never be permitted one of my own?”

When she refuses to accept that he did what he did accidentally, he laughs. Strangely, it’s this that convinces her he’s not the spoiled rich brat he’s seemingly become:

The capacity for unclouded enjoyment, she thought, does not belong to irresponsible fools; an inviolate peace of spirit is not the achievement of a drifter; to be able to laugh like that is the end result of the most profound, most solemn thinking. [p.117]

This line always reminds me of the Christian evangelists who say that no one can be really and truly happy without Jesus, that atheists may experience occasional pleasure but not the deep, meaningful joy they claim to possess. As with all cultic philosophies, Rand commits to the claim that only people who believe as she does can have genuine happiness, that no non-Objectivist can ever find real fulfillment or meaning.

Since it’s germane to this chapter, here’s a minor spoiler that I mentioned in the comments earlier: Although he’s deliberately running his company into the ground, Francisco is one of the good guys. He’s secretly working for John Galt and the other vanished capitalists, helping to destroy the looters’ economy by enticing the villains to throw their money away on bad investments, resulting in market crashes and economic chaos. (Why doesn’t he just tell Dagny this? Because reasons.)

The San Sebastian mines were one of these projects. The Mexican government is infuriated that they seized them and found them to be worthless, accusing Francisco of defrauding them, which he finds tremendously amusing. But there’s more, as he confides to Dagny: as part of the deal, he also built a multimillion-dollar housing development for the workers, which was also seized. But not to worry, he says, because he built it as shoddily as possible:

“Well, those steel-frame houses are mainly cardboard, with a coating of good imitation shellac. They won’t stand another year. The plumbing pipes – as well as most of our mining equipment – were purchased from dealers whose main source of supply are the city dumps of Buenos Aires and Rio de Janeiro. I’d give those pipes another five months, and the electric system about six. The wonderful roads we graded up four thousand feet of rock for the People’s State of Mexico, will not last beyond a couple of winters: they’re cheap cement without foundation, and the bracing at the bad turns is just painted clapboard. Wait for one good mountain slide. The church, I think, will stand. They’ll need it.” [p.120]

Francisco seems to take delight in this, acting as if it’s a grand joke that he cheated the Mexican government of the property they planned to confiscate. And if you believe property is all that matters, I suppose you might see it that way.

But especially since the mine is worthless, won’t the looters want to get something out of their seizure? Unless the cheat is detected right away – and I don’t think we’re meant to conclude that it will be, given that the whole point of this section is that Randian villains are utterly incapable of telling the difference between good and bad work – isn’t it likely that there will be people living there when the houses collapse and a landslide wipes out the settlement? Francisco seems to think as much, since he says they’ll “need” the church. Why will they need it if not to hold funeral services for the people who’ll be killed by his shoddy construction? Neither Francisco nor Dagny seems to be troubled in the slightest by this thought. 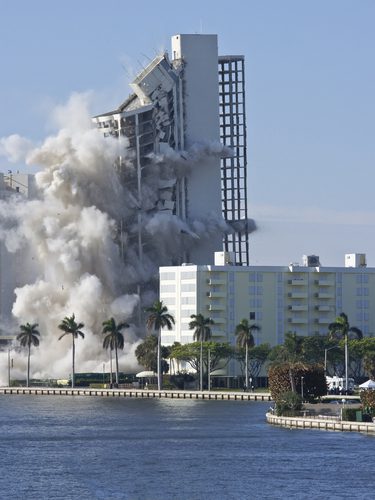 They probably deserved it.

This whole section reminded me of something, and I finally realized what it was: the golden-age Simpsons episode “Marge vs. the Monorail“. In it, Mr. Burns – with the bold disregard for obstructive Big Government that typifies Randian heroes – is caught dumping toxic waste in a public park and fined $3 million.

At a town meeting, while the people of Springfield are arguing over what to do with the windfall, a cheerful con artist named Lyle Lanley shows up and persuades the town (via a catchy song-and-dance number) to use the money to build a monorail. Lanley cuts every corner and uses the cheapest, lowest-quality parts possible so that he can embezzle the cash and skip town. The monorail goes out of control on its star-studded maiden voyage, nearly causing a catastrophe that’s only averted by some heroics from Homer Simpson (and, possibly, Leonard Nimoy).

In this chapter, Francisco d’Anconia is playing the same role as Lyle Lanley. He’s the one who’s cheerfully deceiving the gullible masses, getting them to throw their money away on shoddy, dangerous construction in order to serve his own ends. The only difference is that here the moral compass is reversed, and Rand means us to conclude that he’s the dashing hero and the hapless populace are suckers who deserve whatever they get. By contrast, in the Simpsons episode, Lanley eventually gets his comeuppance. That’s because the writers of The Simpsons have a better moral sense than Ayn Rand. 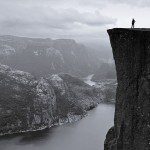