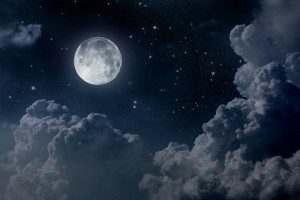 The next chapter brings us back to Hank Rearden, who’s putting on his tuxedo to attend the party thrown by his wife that he’s been dreading:

This was his wedding anniversary and he had known for three months that the party would take place tonight, as Lillian wished… Then, during three months of eighteen-hour workdays, he had forgotten it happily – until half an hour ago, when, long past dinner time, his secretary had entered his office and said firmly, “Your party, Mr. Rearden.” [p.122]

Three months of eighteen-hour days? How can he still be functional, let alone in shape to attend a party? Apart from all else, he shouldn’t even be capable of making good business decisions at that point. A 2000 study in the British Medical Journal reported that a person awake for just one 18-hour interval has cognitive impairment comparable to a blood-alcohol level of 0.05%, the legal limit for drunk driving in some countries. Now imagine how good your judgment would be after three months’ worth of accumulating sleep debt in that state.

As this passage shows, Rand’s heroes aren’t really human beings. They’re more like robots, or golems – creatures made of iron that don’t have a normal human need for rest and can labor indefinitely at grueling, stressful jobs, driven only by willpower. In the real world, people aren’t quite so invulnerable, as in this unfortunately relevant story about a Bank of America intern who collapsed and died after working 72 hours straight. And constant, mind-numbing labor extracts a psychological toll as well as a physical one, as we saw when there was a rash of worker suicides at China’s Foxconn plant due to long hours and grueling working conditions.

Now, when Rand was alive, whenever someone pointed out that people like her heroes don’t exist in real life, she would offer herself as a counterexample. But in fact, even Rand herself couldn’t live up to her own standards. To complete her mammoth books within the deadlines set by her publisher, she became a heavy and habitual user of amphetamines (which were then legal with a doctor’s prescription). According to Anne C. Heller’s biography Ayn Rand and the World She Made, drugs like Benzedrine allowed her to complete marathon, multi-day work sessions, including at least one that ran for 30 hours straight. Not coincidentally, those drugs also have side effects like mood swings, uncontrollable outbursts of anger and paranoia, all of which Rand was susceptible to throughout her life.

He had accepted the tenet that it was his duty to give his wife some form of existence unrelated to business. But he had never found the capacity to do it or even to experience a sense of guilt…

He had given Lillian none of his time for months – no, he thought, for years; for the eight years of their marriage. He had no interest to spare for her interests, not even enough to learn just what they were. She had a large circle of friends, and he had heard it said that their names represented the heart of the country’s culture, but he had never had time to meet them or even to acknowledge their fame by knowing what achievements had earned it. [p.123]

You may find it hard after a passage like that, but remember – again – that Rearden is one of the heroes. We’re supposed to sympathize with him and cheer for him when he neglects his family, and boo and hiss when his wife pressures him to attend a dinner party to celebrate his own wedding anniversary. In fact, the only moral lesson he’ll learn over the course of the book is that he’s been paying too much attention to his wife and family and caring too much about what they thought.

Since the text never does elucidate what Lillian’s interests are, we’re free to speculate. Rand tells us that Lillian, like all the looters, ultimately desires death over life and wants to drag all the productive people down with her, but that feels like a paradigm case of an unreliable narrator. No one thinks that way.

Personally, I find it easy to imagine a scenario where Lillian spends her time running some kind of charitable foundation – say, building schools in developing countries or bringing clean water to villages that lack wells – which in real life would be an unremarkable occupation for the wife of a millionaire industrialist. But Hank, who scorns charity like all Randian heroes, is probably thwarting her efforts without even realizing he’s doing it – poisoning her new wells by dumping the heavy metal waste from his mines, keeping her schools empty by fighting efforts in those countries to pass child-labor laws – and it’s her frustration over this that finally boils over into resentment against him. See, now that would be an interesting novel!

“You don’t care for anything but business.” He had heard it all his life, pronounced as a verdict of damnation. He had always known that business was regarded as some sort of secret, shameful cult, which one did not impose on innocent laymen, that people thought of it as an ugly necessity, to be performed but never mentioned… [p.123]

Rand seems to think that business is something people treat as a dirty and shameful secret, and the reason Rearden avoids these parties is because he doesn’t like being treated that way – which is an obvious straw man. Nothing could be further from the truth. If anything, wealthy, successful people command an enormous amount of respect and deference, in our society or any other. (How many people would turn down the offer to attend a fancy black-tie ball at a millionaire’s mansion and rub elbows with the rich and famous?)

No, what we object to isn’t capitalism per se, but Rand’s cramped, distorted view of it, where business success is the only thing that matters, eclipsing even the human beings whose benefit it’s supposedly for. We object to corporations that overlook slavery, exploitation and environmental destruction because they don’t show up on the balance sheet, and that treat the costs in human lives and suffering as irrelevant just so long as the CEO can report a quarterly profit to shareholders. When you cut yourself off from human contact as drastically as we’re told Rearden has, it becomes all too easy to adopt this viewpoint – to forget about our shared humanity, and to treat other people as if they were commodities or replaceable parts.

August 26, 2013 American Fundamentalists Applaud Russian Eliminationism
Recent Comments
0 | Leave a Comment
"they avowed their certainty that Jesus would bring her back to life:Despite this not being ..."
Bob Seidensticker The Strange Sad Story of Olive ..."
"...currently every single link in the "Trending at Patheos Nonreligious" is to a "I'm moving ..."
OverlappingMagisteria Announcing: OnlySky
"I've already signed up on Jonathan Pearce's site. Looking forward to the new digs."
ORAXX Announcing: OnlySky
"Interesting. Although if Andrew Hall is coming along, I hope the new site will make ..."
bificommander Announcing: OnlySky
Browse Our Archives
Related posts from Daylight Atheism