Atlas Shrugged: The Code of Competence 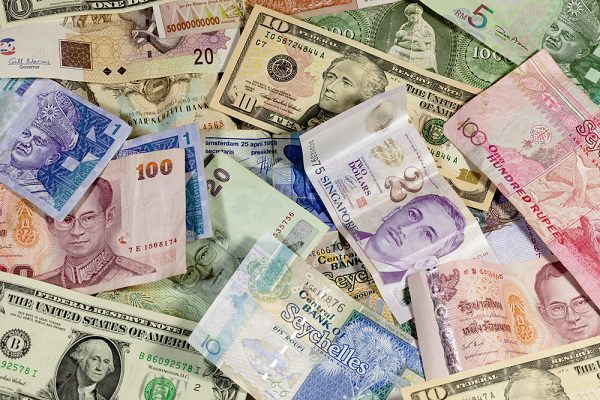 One thing about Atlas Shrugged that’s very handy for a review like this is that there’s never any ambiguity about which characters embody the author’s views. Her characters are all black-and-white, either fully consistent capitalists who are always right or fully consistent looters who are always wrong. That means that when Francisco, or Dagny, or Hank Rearden makes some bold proclamation, we can be certain that Ayn Rand is speaking through them.

And we can use that, in turn, to glean something truly horrifying about how Rand sees the world. Witness these lines from today’s scene, wherein Dagny is still recalling her college days with Francisco:

It was days later, when they were alone, walking through the woods on the shore of the river, that she asked:
“Francisco, what’s the most depraved type of human being?”
“The man without a purpose.” [p.98]

Really? Because I’d have said the most depraved type of human being is the one who deliberately inflicts harm on the innocent: the murderer, the rapist, the war criminal. Compared to those monsters, I’d gladly choose someone who has no purpose, who aimlessly drifts through life without any real long-term goal other than getting by. But Rand seems to be saying that this type of person is morally worse than one who actively makes it his purpose to cause havoc and destruction, and who pursues that goal with vigor and dedication.

OK, maybe I’m reading too much into one sentence. I don’t want to make a mountain out of a molehill here. I mean, it’s important to be fair to Rand. Is it possible that she wrote that dialogue without fully realizing the implications?

Nope. In the next passage, she not only restates that point emphatically, she drives it in with a sledgehammer:

“Dagny, there’s nothing of any importance in life – except how well you do your work. Nothing. Only that. Whatever else you are, will come from that. It’s the only measure of human value. All the codes of ethics they’ll try to ram down your throat are just so much paper money put out by swindlers to fleece people of their virtues. The code of competence is the only system of morality that’s on a gold standard.” [p.98, emphasis added]

Francisco’s “code of competence” gives you some idea of who, in Rand’s eyes, are the heroes and who are the villains. I already wrote about the tobacco companies that did their utmost to conceal proof of smoking’s danger from the public. Presumably, according to this view, what matters isn’t whether the cigarette companies tried to cover up the danger, but only whether they succeeded at it and thus safeguarded their profits.

But why stop there? I can think of lots of other companies that are ripe for judging by Francisco’s code of competence. Let’s look at a few, shall we?

The fast-food and processed-food companies are big winners in the game of capitalism. They’ve grown their market and boosted their profits by doing what heretofore seemed unthinkable: persuading Americans, over a period of decades, to sharply increase the amount of calories we consume on a daily basis, well beyond what’s necessary for survival, by discovering and exploiting the human brain’s addictive weakness for fat, sugar and salt. Sure, the other side of this equation is skyrocketing rates of obesity, childhood diabetes, and heart disease, to the point where average life expectancy is actually falling in some places for the first time in two centuries. But who cares about that? The job of those food-company marketers is to get people to eat more, and they’re clearly very good at it!

And how about gun manufacturers? The heads of these companies must be very valuable human beings – after all, they’ve time and again beaten back laws that would have reduced their profits by, say, restricting the sale of military-style assault weapons to convicted felons, people on terrorist watch lists, or the mentally ill. In Ayn Rand’s world, that’s exactly what marks out the brave heroes of capitalism: they’re bravely and heroically resisting efforts by evil government bureaucrats to impose laws that would prevent them from running their businesses as they see fit.

The lesson here ought to be that competence matters, but only competence directed toward good ends. Being competent at evil makes you worse, not better. I would have thought this too obvious to need defending, but, incredibly, Rand seems to deny it.

Unfortunately, like it or not, our economy is organized at least in part along the lines of Francisco’s philosophy. The only legal responsibility of a publicly traded corporation is to deliver a profit to its shareholders, regardless of what harms or costs it imposes on anyone else. In fact, a company can be sued for doing anything else.

If there’s any reason for hope, it’s that many states now support a new form of incorporation: the B-corp, which has a dual mission of delivering profits while also pursuing the common good (something I mused about in my 2009 post “Benevolent Business“). A B-corp is run to make a profit like any other business, but can also choose not to make a decision that would deliver short-term profit if doing so would, say, sicken or kill people or allow guns to pass into the hands of criminals. It allows a broader perspective than the next quarterly filing to be taken into account.

There are now hundreds of B-corps: for example, Ben & Jerry’s is one. It’s going to take a lot more than ice cream to change the world, of course, but any legal recognition that corporations can and should be good public citizens is a great improvement over Rand’s pinched and callous worldview and a positive first step. 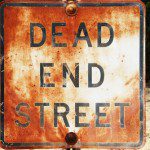