Can We Have an Intervention for Richard Dawkins?

Can We Have an Intervention for Richard Dawkins? August 8, 2013 Adam Lee 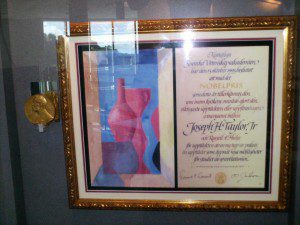 They say the first step to getting better is recognizing when you can use some help, and I really think Richard Dawkins needs someone to sit down with him and explain a few things. Lately, it seems that every time he says something about Islam (or feminism), he’s embarrassingly prone to putting his foot in his mouth. Witness this unfortunate example from earlier today:

All the world's Muslims have fewer Nobel Prizes than Trinity College, Cambridge. They did great things in the Middle Ages, though.

There are plenty of legitimate and even necessary criticisms that can be raised against Islam, but this ain’t one of them. I strongly suspect that the factors which lead to a country producing a large number of Nobel Prize winners have very little to do with which religion is dominant there, and more to do with its education system and its level of wealth and economic development, which allows more time and effort to be devoted to fundamental research. After all, the United States of America is host to a virulent strain of anti-science religion which is far more influential than in almost any other industrialized country; yet we still produce our fair share of Nobelists.

But the really unfortunate thing is the way Dawkins chose to defend this tweet when criticized for it:

Interesting concept: a simple statement of undeniable FACT can be offensive. Other examples where facts should be hidden because offensive?

This is extremely disingenuous, and Dawkins must know that. No one is advocating the creation of a list of Forbidden Facts which may not be mentioned, but no one just reels off random facts for no reason either. We assume that someone who does this (following Steven Pinker’s theory of the cooperative principle of language) wants to urge people to a specific conclusion which those facts point towards. That’s why people were angry at Dawkins: not because he was citing facts, but because they believed he was trying to indirectly convey an inflammatory conclusion.

This is a tactic beloved by bigots, because it allows them to advance a hateful idea by implication without coming out and openly admitting their prejudice. “Women’s brains are smaller than men’s brains! Blacks are arrested and imprisoned at much higher rates than whites! Hey, why are you attacking me for saying these things? They’re just facts!” (Or, on a more familiar note: “Christians built all the great schools and hospitals in the Western world, and atheists didn’t build any. It’s just a fact!”)

The obvious rejoinder is that facts can be explained in multiple ways. If women’s brains are smaller than men’s, it’s because women in general are smaller than men and every body part scales down accordingly. It doesn’t mean that women are less intelligent or less capable than men; we have no evidence that brain size correlates with intelligence in any straightforward way. Similarly, if more black people are arrested and convicted than white people, it’s not because black people are intrinsically more likely to be criminals, but because we live under a racially biased justice system that enforces the same laws more harshly against minorities. But when people don’t mention these vital caveats, it’s all too easy to conclude that they’re unaware of them or are denying them.

To be fair, I don’t think Richard Dawkins actually meant to defend a bigoted conclusion. What I think he probably meant to argue is that, in the modern world, Islamic fundamentalism has mutated into a form that’s especially hostile and detrimental to scientific inquiry, and that this is evidenced by the low rate of scientific productivity in countries governed by Islamic law. That’s a fair argument, and I’d probably even agree with it myself if it were phrased in those terms.

But by not spelling this out, he made it all too easy for people to draw the unflattering alternative conclusion, “Richard Dawkins thinks that Muslims are less intelligent than non-Muslims.” Colin McGinn used this phrase in an obviously specious attempt to deflect charges of sexual harassment, but this really is an instance where “the distinction between logical implication and conversational implicature” matters a lot. I wish that Dawkins would pay more mind to this before blurting out things which cast him, and by implication all atheists, in a poor light.

Image: The Nobel Prize in Physics won by Joseph Taylor and Russell Hulse in 1993. Photo by the author. 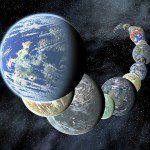 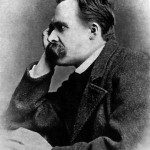 August 9, 2013 Atlas Shrugged: The Ubermensch
Recent Comments
0 | Leave a Comment
"Hi, Nitin, thanks for upvoting me and reminding me of this review of the Charlie-Foxtrot ..."
Raging Bee The Fountainhead: The Jewish Eugenicist
"More or less Marvin Harris's explanation in Cows, Pigs, War, Witches."
TBP100 The Fountainhead: Wool and Linen
"Thank you very much! It's an honor to be mentioned in the same sentence as ..."
Adam Lee Commonwealth, III.XVII: Project Chicxulub
"The end of an era. Well, here's hoping for a succesfull new site."
bificommander There’s a Change Coming…
Browse Our Archives
get the latest from
Nonreligious
Sign up for our newsletter
POPULAR AT PATHEOS Nonreligious
1