Dagny and James Taggart are being driven to a black-tie dinner at the New York Business Council, where James has promised that Dagny will speak about Rearden Metal. James is nervous and fretful about the progress of the Rio Norte Line and an increasingly hostile political climate:

“That report of the special committee of the National Council of Metal Industries – what do you think of it?”

“You know what I think of it.”

“They said Rearden Metal is a threat to public safety. They said its chemical composition is unsound, it’s brittle, it’s decomposing molecularly, and it will crack suddenly, without warning…” [p.164]

Dagny is dismissive of these concerns, but her demeanor changes suddenly when James tells her that this isn’t a presentation, as she had assumed, but a debate – with Bertram Scudder:

“On the air. It’s going to be a radio broadcast. You’re going to debate with him the question: ‘Is Rearden Metal a lethal product of greed?'”

She leaned forward. She pulled open the glass partition of the front seat, ordering, “Stop the car!” [p.166]

Much to James’ horror, she refuses to participate and storms out of the car, yelling at him, “You goddamn fool, do you I think I consider their question debatable?”

Given Rand’s love of big, clunky speeches, you’d expect a dramatic scene where Dagny nails the evil socialist to the wall, but that isn’t what happens. Then again, maybe that’s the problem: Rand liked writing speeches in which her heroes can lecture uninterrupted – not so much debates where they had to confront an opposing viewpoint. In that respect, Rand’s heroes are much like Rand herself, who expected her followers to instantly accept her words as dogma and reacted with great anger to any hint of challenge or dissent.

Next, there’s a scene where a visitor from the State Science Institute (guess if they’re evil or not!) comes to meet Hank Rearden and asks him to pull Rearden Metal from the market, offering to buy the patent from him. Naturally, Hank refuses, brushing off the man’s veiled threats. In retaliation, the evil government scientists put out a press release meant to spread fear, uncertainty and doubt about Rearden Metal, as we find out in another scene with Eddie Willers and Dagny:

“The State Science Institute,” he said quietly, when they were alone in her office, “has issued a statement warning people against the use of Rearden Metal.”

…She saw at a glance what they had done. She saw the sentences: “It may be possible that after a period of heavy usage, a sudden fissure may appear… The possibility of a molecular reaction, at present unknown, cannot be entirely discounted… Although there is no evidence to support the contention that the use of the metal should be prohibited, a further study of its properties would be of value.”

“We can’t fight it. It can’t be answered,” Eddie was saying. “We can’t demand a retraction. We can’t show them our tests or prove anything. They’ve said nothing. They haven’t said a thing that could be refuted and embarrass them professionally. It’s the job of a coward. You’d expect it from some con-man or blackmailer. But, Dagny! It’s the State Science Institute!” [p.174]

In the world of the book, we’re meant to treat this as wildly unfair. We’re supposed to just know that Rearden Metal is good because the brave capitalist heroes vouch for it, and the people who are raising concerns about its safety are a bunch of cowardly backstabbers from the State Science Institute. In Rand’s black-and-white world, businessmen are always right and anyone working for the government is always wrong, so that should be all we need to make up our minds.

Eddie acts as if it’s impossible to refute the State Science Institute’s claim that Rearden Metal could be dangerous, but isn’t this how things should work? Shouldn’t the creator of a new product have to meet some reasonable burden of proof to demonstrate its safety, as opposed to just asserting its safety and expecting the public to take their word for it? Safety regulations don’t exist because of arbitrary government heavy-handedness, but bitter experience which tells us that products put on the market without sufficient testing often prove to be dangerous in unexpected ways.

I’ve mentioned the obvious case of tobacco, but there are plenty of others. During the Industrial Revolution, asbestos was thought of as a revolutionary material for its many useful properties: a flame retardant, an excellent insulator, and versatile enough to be turned into everything from textiles to concrete. (You might say it was the Rearden Metal of its day.) Of course, it also has the minor drawback of causing malignant mesothelioma.

Or take lead, which was added to paint and gasoline with good intentions. Lead makes paint brighter, more durable and resistant to water, corrosion and color fading, while tetraethyl lead in gasoline controls engine knocking (i.e., premature ignition of fuel), reducing wear and tear and increasing efficiency. But lead is also a potent neurotoxin, especially in the developing and vulnerable brains of children, causing reduced intelligence, increased aggression and lowered impulse control. In many places, the phase-out of lead additives has correlated startlingly well with a drop in crime rates.

And then there are chlorofluorocarbons, which in one of history’s grand ironies came into widespread use because they were thought to be a miracle substance: a non-toxic, non-flammable refrigerant much safer than the alternatives of sulfur dioxide and methyl chloride. But when CFCs make it into the upper atmosphere, ultraviolet light breaks them apart into chlorine free radicals, which tear a hole in the ozone layer. (In another of those grand historical ironies, the same person – a chemist named Thomas Midgley – was the inventor of both CFCs and leaded gasoline. It reminds me of Terry Pratchett’s Good Omens, where Pollution has replaced Pestilence as one of the Four Horsemen of the Apocalypse, and wanders the world in human guise causing industrial accidents and spills everywhere he goes.)

The list could go on and on – radioactive water (yes, really), Vioxx, fenfluramine, and even heroin, which was originally sold as, believe it or not, a cough suppressant. But in the alternate history of Randworld, none of these things ever happened. When a muckraking journalist or a government scientific agency claims that a new product introduced by a rich industrialist might be a danger to the public, we should conclude that their claims are false and their motive is pure jealousy and spite toward the producers, nothing more. 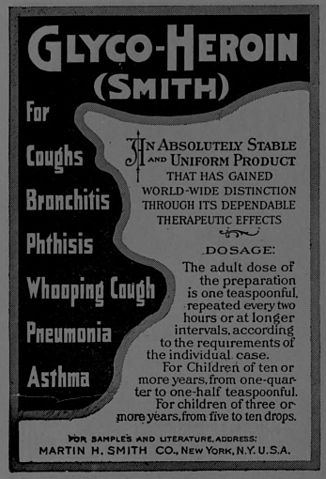 Incidentally, would it have made a difference if it had been a rival company, rather than an evil government bureaucrat, spreading FUD about Hank Rearden’s invention? The question is never addressed, because in the world of Atlas all private-sector businessmen are flawlessly ethical and would never resort to any kind of underhanded tactics to hurt a competitor. You can judge for yourself how true to reality this is, especially considering that the meme “fear, uncertainty and doubt” itself originated in the private sector, as a way of describing the tactics of IBM salesmen. 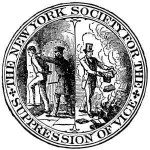 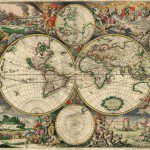