Some Unfinished Thoughts on Syria

Since it looks more likely than not that the U.S. is going to attack the Assad regime in Syria, I wanted to write down some of the thoughts that have been on my mind the last few days.

I don’t have any particular reason to doubt that Assad used chemical weapons. We know that he possesses them, and he’s shown himself to be an extraordinarily brutal dictator with no compunctions about bombing and shelling civilian populations as a form of collective punishment. I also don’t think that this decision is comparable to the U.S. invasion of Iraq under George W. Bush. The Bush administration was stocked with warmongering neoconservatives who’d long hungered to invade Iraq as the first stage of their dream of establishing a new American empire; the claims of Saddam Hussein’s possessing WMDs were only ever a thin excuse. I don’t see any comparable motives steering the Obama administration. What’s more, I think it’s fairly obvious what their motives are.

In the early days of the rebellion, I suspect most foreign observers thought – or hoped – that Assad would fall quickly, like the other dictators deposed in the Arab Spring. For President Obama and other Western leaders making that assumption, the warning against chemical weapons had a clear purpose: to make Assad’s exit as quick and bloodless as possible, to discourage him from committing mass murder out of spite if it looked like he was about to be overthrown.

But that wasn’t what happened. The Syrian civil war dragged on long beyond anyone’s expectations, and now, two years later, tens of thousands of people are dead, millions more are homeless refugees, and the fighting has broken down into a bloody quagmire with no end in sight. Major, historic cities like Aleppo have become devastated, bombed-out ruins.

Under these circumstances, what good will a few cruise missiles really do? Even if we assume that all of them hit their intended targets and cause no civilian deaths, it’s hard to see what benefit will come of it. As I said on Twitter:

If we bomb Assad for using nerve gas, and he stops doing that but resumes killing people with bullets, what did we accomplish?

I can believe that Western military intervention would have served a purpose earlier: to weaken Assad’s military and prevent him from committing genocide against his own people. That’s just what we did in Libya, and while we can’t be sure what would have happened in the possible world where we didn’t intervene there, I think there’s a reasonable argument to be made that it averted a much worse outcome than would otherwise have occurred.

But to intervene in Syria now? As bleak as it sounds, I think it’s too late. Chemical weapons are horribly indiscriminate, rightly banned by international law, but I don’t see how being killed by sarin gas is worse than being killed by bullets or artillery shells. The outcome that the “red line” warning was intended to prevent – Assad committing genocide against his own people, shattering the country rather than relinquish his grip on it – has already happened, only it was accomplished with conventional weapons. Firing missiles at a few strategic Syrian sites or military bases would be a hollow gesture that wouldn’t change that reality.

The push by Obama and other Western leaders to authorize military action, I’d wager, is happening just for the sake of that earlier promise, pointless though it now is. They made a public commitment, and I imagine the thinking inside the Obama administration is that to back down on it now would only send Assad a message that no one cares what he does, thus loosing any remaining sense of restraint he feels and encouraging him to be even more ruthless and brutal than he now is. And that might even be true.

But at the same time, ordering a military strike will do precisely nothing to bring this war any closer to an end, and if we know that keeping that commitment won’t do any good, I have to wonder what moral value there is in pursuing it to the bitter end. I wish I could say there was another path open to us, but there isn’t. We’ve come to a point where we have nothing but bad options, and whatever we do, Syria and its people will bear the consequences, perhaps for generations to come.

September 2, 2013
The Missing Diversity of Intelligence Squared
Next Post 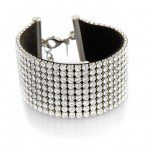