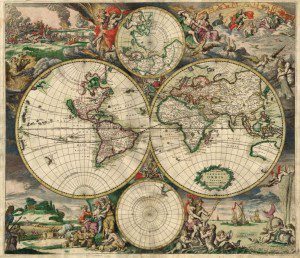 Here’s what I’m doing with my time over the next few months:

• First of all, from October 4 to 13, I’m going to be on vacation in Belgium. As I’ve always said, if I had to make a list of the best things that religion has contributed to the world, Trappist beer would have to be near the top. (Chimay? Oh yes indeed.)

I expect things will be quiet on the blog, but I’ll schedule some posts to go up while I’m gone, and I’ll check in and approve comments as I have the time and internet access. I’m making a circuit of the country, and I’ll have some down time in Brussels, Bruges and Antwerp – I don’t suppose I have any readers there?

• Tentative: On October 31, I’m planning to speak at an event put on by NYC Atheists. I only have limited information about this event so far, but I’ll post more details as I get them.

• The weekend before Thanksgiving, November 15-17, I’ll be in Springfield, Missouri for Skepticon 6, as usual. Skepticon is always great fun, so if you’re going too, come find me and say hi!

• And here’s the most exciting one: On December 14, I’m going to be speaking at Midtown Scholar in Harrisburg, PA, as part of a combination dialogue and book signing with Andrew Murtagh, a Christian and the author of Proof of Divine.

This is the opening salvo in what’s going to be a back-and-forth conversation on both our respective blogs, and likely some additional in-person events, over the next few months. We’re going to debate the existence of God, the rationality of faith, the existence of morality, the role of government, and whatever other subjects we see fit to hash out. I expect that sparks will fly, in a friendly kind of way. Keep watching Daylight Atheism for more news on this! 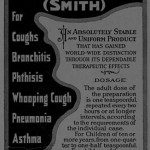 September 30, 2013 When an Atheist Falls From Grace: On Teresa MacBain
Recent Comments
0 | Leave a Comment
Browse Our Archives
get the latest updates from
Daylight Atheism
and the Patheos
Nonreligious
Channel
POPULAR AT PATHEOS Nonreligious
1