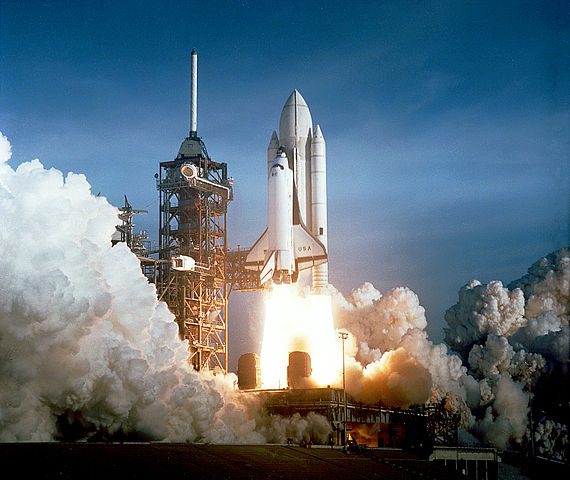 At the age of twenty-seven, Dr. Robert Stadler had written a treatise on cosmic rays, which demolished most of the theories held by the scientists who preceded him. Those who followed, found his achievement somewhere at the base of any line of inquiry they undertook. At the age of thirty, he was recognized as the greatest physicist of his time. At the age of thirty-two, he became head of the Department of Physics at the Patrick Henry University, in the days when the great University still deserved its glory…

At the age of forty, Dr. Robert Stadler addressed the nation, endorsing the establishment of a State Science Institute. “Set science free of the rule of the dollar,” he pleaded… The nation built the white marble edifice as a personal present to one of its greatest men. [p.176]

Stadler’s introduction is noteworthy, if only because he’s the first character – in fact, the only character – who has some degree of moral complexity. We’re meant to conclude that he had the potential to be a great capitalist (because he’s smart and can figure stuff out), but he’s fallen from grace and joined the looters (because he thinks scientific research should be funded by the state). According to Jennifer Burns’ biography Goddess of the Market, Rand modeled Stadler on J. Robert Oppenheimer.

Dagny and Dr. Stadler are old friends, and she presses him on why he put out a statement condemning Rearden Metal, since she says that she knows he values truth above all else. He dissembles and evades the question until she finally gets him to admit that the statement was put out by Dr. Floyd Ferris, the institute’s political coordinator, and not by him:

“I was not consulted about that statement!” The cry broke out involuntarily. “I wouldn’t have allowed it! I don’t like it any better than you do! But I can’t issue a public denial!” [p.179]

Dr. Stadler reluctantly explains that the State Science Institute is in danger of losing its funding, because they’ve got nothing to show for all the money given to them so far, and it would make them look even worse if an entrepreneur like Hank Rearden invented something that was better than anything they’ve done:

“I’ll tell you, if you wish. It’s the truth that you want, isn’t it? Dr. Ferris cannot help it, if the morons who vote the funds for this Institute insist on what they call results. They are incapable of conceiving of such a thing as abstract science. They can judge it only in terms of the latest gadget it has produced for them….

If you consider that for thirteen years this Institute has had a department of metallurgical research, which has cost over twenty million dollars and has produced nothing but a new silver polish and a new anti-corrosive preparation which, I believe, is not so good as the old ones – you can imagine what the public reaction will be if some private individual comes out with a product that revolutionizes the entire science of metallurgy and proves to be sensationally successful!” [p.180]

In Rand’s world, everyone who works for the government is a stooge or a bumbling incompetent, capable only of what she derisively calls “abstract science”. But again, Rand’s plot points are never just fiction; they always come with a message attached. She wants us to conclude that this is the way the real world works too, that the government can never produce anything and that all scientific and technological advances come from heroic individual capitalists, like Thomas Edison or the Wright brothers toiling away in their labs.

This belief requires erasing large swaths of history. The private sector usually only funds research that has an immediate, or at least an obvious, commercial application. No private company would have paid to build the Large Hadron Collider, for example. And why would they? The potential return on investment is too low. If your goal is making money, you’re naturally going to focus on those ideas that you’re pretty sure will work – refining them, improving them, making them useful. And that’s fine, someone has to do that.

But we still need the blue-sky work, the fundamental scientific research into completely unexplored avenues. It won’t always pan out, but when it does, it can open new horizons and create brand-new commercial applications, even whole industries, that were never imagined before. Through the collective power of society, we can support research projects that would be impossible for private parties to embark on alone. Will anything useful emerge from the LHC? Will it show us how to build an anti-gravity generator or a functioning warp drive? I have no idea, and neither does anyone. That’s the point.

However, there’s no shortage of groundbreaking advances that did originate from government-funded research. Rand herself was perfectly well aware of some of them: nuclear energy, for example, which emerged from the government-run Manhattan Project. There’s also the space program, which Rand found hugely inspirational, despite the obvious hypocrisy of her cheering for something that was a government initiative from start to finish. Here’s what she said about the Apollo 11 launch:

I found myself waving to the rocket involuntarily, I heard people applauding and joined them, grasping our common motive; it was impossible to watch passively, one had to express, by some physical action, a feeling that was not triumph, but more: the feeling that that white object’s unobstructed streak of motion was the only thing that mattered in the universe.

What we had seen, in naked essentials – but in reality, not in a work of art – was the concretized abstraction of man’s greatness…

That we had seen a demonstration of man at his best, no one could doubt — this was the cause of the event’s attraction and of the stunned numbed state in which it left us. (source)

And here’s one Ayn Rand didn’t foresee: the Internet. Originally funded by Defense Department bureaucrats, it now supports worldwide commercial activity on a colossal scale. It’s created entire new industries, both wealthy corporate giants like Google as well as businesses serving the needs of the poor, like Kenya’s highly successful M-PESA mobile payment network. The same is true of the GPS satellite network, which was originally a government project. Are any of these world-transforming inventions comparable to “a new silver polish”?

October 21, 2013 The Problem of Private Armies
Recent Comments
0 | Leave a Comment
"they avowed their certainty that Jesus would bring her back to life:Despite this not being ..."
Bob Seidensticker The Strange Sad Story of Olive ..."
"...currently every single link in the "Trending at Patheos Nonreligious" is to a "I'm moving ..."
OverlappingMagisteria Announcing: OnlySky
"I've already signed up on Jonathan Pearce's site. Looking forward to the new digs."
ORAXX Announcing: OnlySky
"Interesting. Although if Andrew Hall is coming along, I hope the new site will make ..."
bificommander Announcing: OnlySky
Browse Our Archives
get the latest updates from
Daylight Atheism
and the Patheos
Nonreligious
Channel
POPULAR AT PATHEOS Nonreligious
1