[Author’s Note: I’m reposting some old favorites while I’m away on vacation this week. This post was originally from October 2007.] 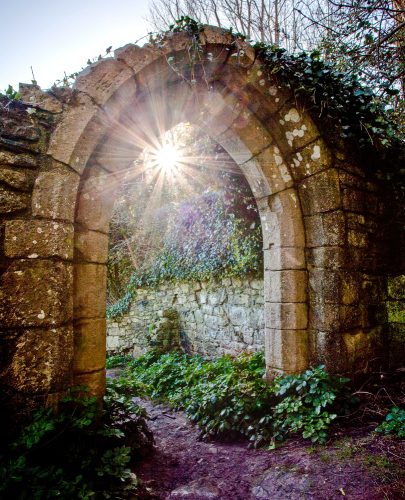 I stepped out of my house today on a chilly fall afternoon. After an unseasonably late warm spell, as if summer had lingered this year past its appointed time, autumn had arrived at last. The feel of the season was in the air: the misty cool, the forests defiantly ablaze with fiery color, the smell of fallen leaves, wet black and rusty gold, in the grass. There was a sense of hunkering down, of quiet activity in the stillness, as nature prepares for the coming winter foreshadowed in the bare gray branches of the trees.

In autumn, the mind turns naturally to impermanence. I’ve written about death from an atheist perspective before, but that was several years ago, and this seemed like an appropriate season to revisit the topic.

We must face the facts: our lives, in the grand scheme of things, are short. Like the leaves falling from the tree, we bloom, flourish, and inevitably wither. Vast expanses of time preceded each of us, and equally vast expanses of time will follow us. We were not there, will not be there, to know what happens; we will never meet the people who inhabit those times, as they will never meet us. Our existence is, as Robert Ingersoll said, like a narrow vale between two cold and barren peaks.

And yet, in that narrow valley in between, there’s a wondrous thing: a creature who exists, who lives, and who is conscious of that life and that existence. We reflect on the fact of our being and know ourselves for who and what we are. That by itself is a miracle so great that it outshines all the lesser miracles invented by human beings ever since.

Our lives are hedged about with mysteries, many of which are so vast we completely overlook them most of the time. What is the ultimate cause of our existence? Why is there anything at all, rather than nothing? Why do we have the natures we do, and not another? How does the ephemeral crackling of neural activity give rise to a self-aware mind with a sense of what things are like? These are all deep and profound mysteries, and we should not trivialize them. Our species is still young, and we know, at most, a tiny fraction of all there is to know. There are whole lands of knowledge we have barely glimpsed in the distance. Given the limitations we are still under, it would be more than wise to keep an attitude of humility when facing all that we don’t yet know.

But our limitation cuts both ways. Religious people often invoke the admittedly imperfect state of human knowledge as reason to believe in God, but the fact remains that their knowledge is just as imperfect and their vision just as limited as anyone else’s. Why, then, should we trust them when they claim to have penetrated to the fundamental truths of our existence? What makes them so confident that they have already solved the deepest questions about who we are and why we are here? For, whether they admit it or not, that is precisely what they are claiming.

Apologists through the ages have extolled the beauty of religious myths and origin stories. And I suppose if one views them as imaginative collections of imagery, like poetry or folk tales, there is a kind of antique charm about them. But as actual, honest-to-goodness answers for the most profound mysteries of our existence, I find that they fall far short. When measured against the unimaginable expanses of space and time, against the staggering glories of the cosmos as we so far comprehend it, the stories of religion are so trite, so superficial, so small. Their childlike arrogance in imagining that we are the very center of creation is a dead giveaway to their origins in human imagination and ignorance.

In the face of our imperfect knowledge, what we need is humility and a candid admission of our ignorance. We do not need anyone pretending they know all the answers and dignifying that pretending with the name of “faith”. The mysteries we confront are far deeper than that, far too profound to admit of such shallow, simplistic, easily disproven answers. In truth, they are not answers at all; they are baubles, little diversions, stories invented for the comfort of children.

Even more absurd, in my view, is the oft-heard claim that only religion can hope to offer answers to these mysteries – that once we stand on that horizon, we must forsake reason and turn to faith. Richard Dawkins relates an example of this belief, and its refutation, in his book A Devil’s Chaplain:

“I once asked a distinguished astronomer, a fellow of my college, to explain the Big Bang to me. He did so to the best of his (and my) ability, and I then asked what it was about the fundamental laws of physics that made the spontaneous origin of space and time possible. ‘Ah,’ he smiled, ‘Now we move beyond the realm of science. This is where I have to hand over to our good friend the Chaplain.’ But why the Chaplain? Why not the gardener or the chef?”

The fundamental questions of our existence stand before us, like a doorway to a vast and unknown realm. But that doorway is the common property of all humankind. We all have the right to look up at it in awe, to run our hands over its massive stones searching for keyholes. There is no clergyman serving as a gatekeeper, no velvet rope before the door limiting access to supplicants who come in the name of faith. If anything, it is only the application of reason that has levered it open even the tiny crack it has so far been opened up.

An even better analogy, to my mind, is this: It’s as if the self-appointed spokesmen of religion have hung tattered fragments of brocade on these great gates and then proclaimed that they own the things themselves. Not so! We, atheists, see that sham for what it is. We see through your fragile trappings, and we know that you are not the sole possessors of these gates. We know that you are just as ignorant of what lies beyond them as any of us. And while we may not know what the answers are, that doesn’t mean we can’t see what the answers aren’t.

Even the few, halting steps we have taken under the guidance of reason have revealed to us a wealth of knowledge and wonder, a world such as we never dreamed of in all our long childhood. What we have now are at best a few grains of the truth, a few sparks struck from its unseen surface. Yet they show us the way to go on, and give us confidence that the true answers, whatever they turn out to be, will be stranger, more awe-inspiring, and more wondrous and beautiful than anything we could have ever imagined. That great door may only be open the slightest hairline crack, but there is light streaming through that crack, and faint music coming from beyond.

And so I say, brush aside those fragile trappings. Pay no mind to the people who insist we already know everything, that the deepest answers have already been revealed. Ignore the flimsy and tattered scripts they offer. Those things are thin gruel for the hungry, when solid food is available.

Instead, join us in joyous acceptance of our humility, and exult in the awed recognition of how much there is still left to learn. And then, if the desire moves you, take up the tools we have and use them to strike a few more sparks from that surface. Merely to be able to attempt this is a noble privilege. But greater still will be the day when that door finally opens – whether it be in our lifetime or a million lifetimes from now – and when that day comes, all who step through will know that your work, no less than anyone else’s, brought us to that glorious threshold. 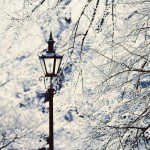 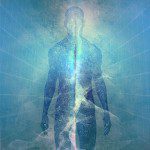 Hitler and Trump: comparisons being made...
The Freethinker
Books by This Author Books by Adam Lee

Lori Alexander, Voddie Baucham and Racism in Christianity
Over the last week we've seen new ever more racist statements falling...
view all Nonreligious blogs
What Are Your Thoughts?leave a comment
Copyright 2008-2020, Patheos. All rights reserved.