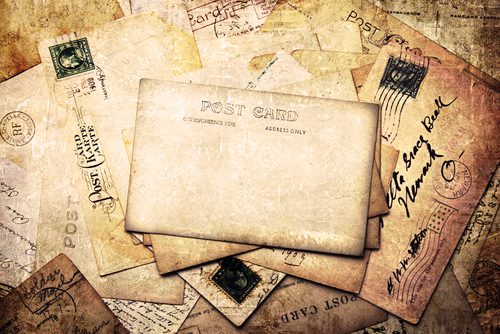 As reported by Against the New Taboo, the magazine Popular Science announced last month that they’re shutting off comments on new articles. Popular Science’s post cited research on “the nasty effect“, which found that hostile comments contribute to a polarized and dogmatic reaction from readers on both sides, impeding rather than advancing understanding.

The way I see it, the fundamental problem of comment threads is that ideologues and crackpots almost always care more about a topic than ordinary people and will be more likely to comment, often incessantly and repetitively. And bad comments drive out good ones: a discussion thread that becomes a swamp of ad hominems can easily overwhelm any productive discussion that might be going on, and can even suck the air out of the original article.

A science-based article, say about global warming or evolution, is definitely diminished if the comment section is swarmed by ignorant cranks. It’s likewise impossible to have a thoughtful conversation about race or gender if loudmouthed bigots can participate unhindered. And of course, any blog about atheism has encountered the typical stock-character proselytizers who parrot apologetics and add nothing to the discussion.

Now, I think most of these problems can be headed off with judicious moderation, but it takes effort to do that well, and on big sites it’s hard to make it scale. For one thing, having lots of moderators makes it more likely that they’ll disagree with each other, which leads to even bigger problems. So I have sympathy for the websites that have decided comments are too much of a headache to bother with, or that have limited commenting in other ways (as with the Los Angeles Times announcing it will no longer print letters from climate-change deniers).

Still, I like having comment threads on Daylight Atheism, and I plan to keep them. Here’s why:

So that people can correct me when I’m wrong. Yes, someone could always send me an e-mail, but I could ignore that easily. The same is true of feedback on Facebook or Twitter: the correction is divorced from the error, and most people who read the original post won’t see it. I make mistakes as often as anyone, and I wouldn’t want to give the impression that I think I’m immune from correction or accountability.

Because I get good ideas from comments. It happens more often than I’d like to admit that a really good comment will elucidate one of my points even better than I could have. (The very best comments are the ones that make me think, “I wish I had put it that way!”) Other times, a commenter will bring up a related idea that I wasn’t aware of, something that I can work into a future post on the same subject. I’ve learned a lot from reading comments on my blog and others.

Because it makes for better persuasion. I don’t hide that one of the reasons I write and argue is to win people over to my point of view. If readers have objections to an argument I make, I’d like those objections to be aired, so that I or others can try to overcome them. I still think debate is the best way to get at truth – at the very least, it proves that I have no fear of letting opposing voices be heard. Even if the person with the original objection isn’t persuaded, it may still prove enlightening for the onlookers

Because I like to encourage community. Look, I’ll just say it: You people are pretty cool! I’ve had some great times meeting up with people I originally got to know through discussions in the comments. Not having them would have denied me that opportunity. And hopefully, there are some people out there who’ve gotten to know each other the same way. (I’m not responsible for any marriages – that I know of.)

As I’ve written before, one of the big reasons the internet is so valuable for atheists is that it fosters community and a sense of belonging among people who are geographically dispersed. But that can only happen if we talk to each other. Without comments, blogging is like standing at a lectern and talking to a darkened auditorium with spotlights glaring in your face; you have no idea if there’s an audience out there, or if anyone is listening at all. I’d rather my blog be more like a conversation in a friendly living room, where the exchange of ideas is two-way rather than one-way. 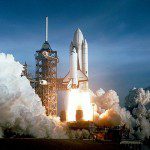 October 18, 2013 Atlas Shrugged: Government Science
Recent Comments
0 | Leave a Comment
"they avowed their certainty that Jesus would bring her back to life:Despite this not being ..."
Bob Seidensticker The Strange Sad Story of Olive ..."
"...currently every single link in the "Trending at Patheos Nonreligious" is to a "I'm moving ..."
OverlappingMagisteria Announcing: OnlySky
"I've already signed up on Jonathan Pearce's site. Looking forward to the new digs."
ORAXX Announcing: OnlySky
"Interesting. Although if Andrew Hall is coming along, I hope the new site will make ..."
bificommander Announcing: OnlySky
Browse Our Archives
Related posts from Daylight Atheism