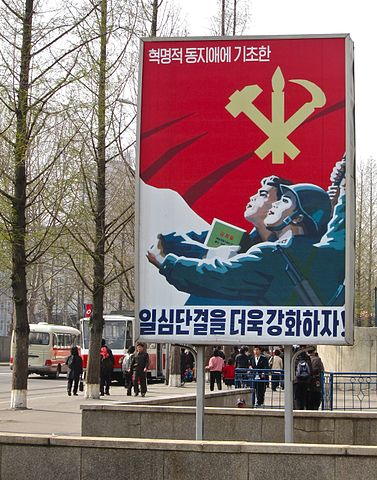 I mentioned earlier on that Hank and Dagny will soon be having an affair, and this chapter has the first direct allusion to it. While Dagny is in Hank’s office discussing her plans to live on site in Colorado and direct the building of the John Galt Line, he makes an offhand remark about whether she’ll be safe there, to which she laughs and replies, “Why, Hank, it’s the first time you’ve ever thought that I wasn’t a man.”

A wedge of light fell across her face. He saw the firm, sensual mouth in sharp outline. Then she leaned back a little, and he saw only a suggestion of its shape and the dark lines of her lowered lashes.

I’ll spare you a longer excerpt, but pretty much an entire page is given over to Hank’s internal monologue ruminating on all the sex he’d like to have with Dagny. Notably absent is any acknowledgment that he’s already married or that this presents any sort of obstacle. (Lillian, needless to say, isn’t amenable to an open marriage.)

I’ll say more about this in later chapters, once they’re actually sleeping together, but for now I’ll just mention one thing. If this were presented as a character flaw – if Hank was depicted as ruthless and competent in business but unable to control his lustful impulses in his personal life – then that would have made him a much more three-dimensional and nuanced character. But instead, Rand presents this as all of a piece: because her heroes are the best, they’re entitled to anything they want, whether in business or in bed, and any hurt it may cause others is dismissed as inconsequential.

Now let’s move on to a later scene, right after the surprise passage of the Equalization of Opportunity bill. Hank is brooding in his office, reflecting on the long climb of his success and how it’s all being torn away by looters, when suddenly inspiration strikes:

In the next moment, he was at his desk, bending over it, with one knee on the seat of the chair, with no time to think of sitting down, he was drawing lines, curves, triangles, columns of calculations, indiscriminately on the blueprints, on the desk blotter, on somebody’s letters.

He calls her in great excitement:

“Dagny! That bridge of ours – throw in the ashcan all the drawings I sent you…. Listen, you know the contraption you called the Rearden Truss, that you admired so much? It’s not worth a damn. I’ve figured out a truss that will beat anything ever built! Your bridge will carry four trains at once, stand three hundred years and cost you less than your cheapest culvert.” [p.203]

OK, so just to recap: Hank Rearden is a super-competent corporate executive who runs a mining company that’s better than any other mining company in the world, and he’s a brilliant metallurgist who invents a new alloy the world’s never seen before, and he’s a genius architect who can come up with a bridge design that’s better than anything that’s occurred to anyone else in the entire span of human history.

I’ve mentioned the Mary Sue-ishness of Rand’s protagonists, but this section put me in mind of something else. It’s part of official North Korean state dogma that their hereditary rulers are semi-divine figures, possessing a superhuman degree of intelligence and perceptiveness, and that they can visit any farm, factory, business or military base in the country and give the people they meet instant suggestions on how to run things better. In the North Korean lexicon, it’s called “field guidance” or “on-the-spot guidance”.

This gave rise to a brilliantly funny Tumblr, Kim Jong-il Looking at Things, which mocked official state propaganda photos of the dictator being shown around North Korean factories and businesses and gawking politely at the people there. (The strong odds are that most of them were Potemkin villages set up just for his visit.)

Rand’s heroes have the same power of omnicompetence. Just at a glance, they can see how something works and figure out ways to improve it that would never have occurred to anyone else. You might think this bitterly ironic, that North Korea’s communist cult leaders and Ayn Rand’s uber-capitalists are depicted in some very similar ways, but I don’t think it’s a coincidence at all.

Both ideologies, for their own reasons, need to postulate that there are some people who are literally superhuman, who stand head and shoulders above the herd, and who deserve to rule by reason of that inherent merit. As both a cause and a consequence of this, both ideologies are fiercely anti-democratic. It goes to show that two very different belief systems, even when they occupy what should be opposite ends on the political spectrum, can both be so far from the center that they curve back around and meet each other.

November 9, 2013 Weekend Coffee: November 9
Recent Comments
0 | Leave a Comment
Browse Our Archives
get the latest from
Nonreligious
Sign up for our newsletter
POPULAR AT PATHEOS Nonreligious
1