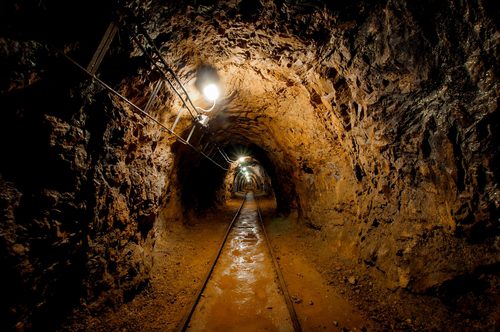 Dagny has invited Francisco to her office. She explains that she needs $15 million to finance the completion of the John Galt Line, of which she’s been able to raise about half using the Taggart Transcontinental stock she owns as collateral, but now she’s stuck because no banks will lend to her. She begs Francisco to help her, but he refuses.

But just when all seems lost, she visits Hank with news of triumph – she’s gotten the investment she needs:

She took a paper out of her bag. “Here’s John Galt, Inc.,” she said, handing it across the desk.

Dagny tries to dissuade him, saying that he’s already invested enough money in this project, but he answers coldly that he never accepts favors and he never asks anyone to gamble more on his ventures than he’s willing to wager himself.

“Incidentally, I don’t expect to lose this money. I am aware of the conditions under which these bonds can be converted into stock at my option. I therefore expect to make an inordinate profit – and you’re going to earn it for me.” [p.191]

I hate to throw cold water on Hank’s little capitalist gleefest, but we just read that Dagny is bound by an agreement to sell the John Galt Line back to Taggart Transcontinental at cost. I’m not sure I see the financial advantage to owning stock in a company that someone else has the right to purchase at a price that doesn’t net you any profit. (In the jargon of the market, this is similar to what’s called a flip-in poison pill.) Do Hank and the Colorado businessmen know about this clause? If not, does Dagny have an obligation to tell them?

Regardless, Dagny gets her money and goes away happy. In the next scene, Hank is in a conference with a businessman who desperately needs steel, when his secretary bursts into his office with terrible news: the Legislature (Rand never uses the word “Congress”) has suddenly and unexpectedly passed the Equalization of Opportunity Bill, which will require Rearden Steel to sell off all its mines and ore businesses. Rearden’s lobbyist Wesley Mouch, who was supposed to prevent this, hasn’t checked in for days and isn’t answering his phone.

Hank spends the rest of that day transacting business as usual, but late that night, still in his office:

He slumped down, halfway, still holding onto some shred of resistance… He sat that way for a few moments, conscious of nothing but pain, a screaming pain without content or limit – he sat, not knowing whether it was in his mind or his body, reduced to the terrible ugliness of pain that stopped thought.

In a few moments, it was over. He raised his head and sat up straight, quietly, leaning back against his chair. Now he saw that in postponing this moment for hours, he had not been guilty of evasion: he had not thought of it, because there was nothing to think. [p.202]

If you had wondered, “evasion” is a philosophical crime in Rand’s peculiar lexicon. It means the deliberate refusal to think. Even in the extremity of her hero’s suffering and despair, she has to pause to inform us, just in case there was any doubt, that he’s still suffering and despairing in the ideologically correct way.

Hank sits at his desk and broods:

Destroyed at the whim of some men who sat and voted… Who knows by what minds?… Who knows whose will had placed them in power? – what motive moved them? – what was their knowledge? – which one of them, unaided, could bring a chunk of ore out of the earth?… Destroyed at the whim of men whom he had never seen and who had never seen those tiers of metal… Destroyed, because they so decided. By what right? [p.202]

Well, these are rhetorical questions, but I’d be happy to answer them. Since this seems to be the America we know, more or less, the people who make laws are placed in power by the will of the voters. The powers of the legislature are defined by a Constitution which, again, was ratified by majority support and which sets out which kinds of laws can or can’t be passed. Natural resources within the boundaries of our country should be held in trust for the collective benefit of all citizens, and the government can and should have the power to manage their use in a way that best delivers that benefit.

Although this all seems like it should be too obvious to need recounting, it clearly isn’t. Implicit in this monologue is the assumption that mining metal is a skill, but making laws isn’t; that organizing and running a society isn’t a legitimate area of expertise or one that a person can be qualified for, and any societal policy other than “business owners can do anything they want” is a wanton trampling on individual rights.

In fact, there are very good reasons why government should be an active steward of its country’s resources. Here’s one of them: countries with an abundant supply of natural resources – oil, minerals, natural gas, diamonds – often don’t benefit from that as much as you’d expect. A study by the economist Jeffrey Sachs concluded that, all else being equal, resource-rich societies grow more slowly and have more poverty than their neighbors. The country of Zambia, one of the poorest in Africa despite its enormous deposits of copper, is a case in point; in a different way, so is the Democratic Republic of the Congo, which has been torn apart by its abundant supplies of gold, diamonds, and minerals.

This is called the resource curse, and there are several theories about the cause. One is that, especially in poor countries, the competition for lucrative mining rights encourages bribery and graft, which undermines competent, responsive government and inevitably exerts a drag on economic growth. Another is that resource wealth motivates civil war and rebellion, since to the victors go the spoils. A third says that resource wealth leads to an unbalanced economy, one that depends on extraction at the expense of every other industry – and then when commodity prices fall, the bottom drops out (this is often called “Dutch disease“).

Whether the real explanation of the resource curse is any of these, all of them, or a combination, a good government will put laws in place to prevent that just as it would prevent any other harm. In the same way, government should work to guarantee that its country’s resources are used wisely and sustainably, to balance conservation with the unavoidably destructive practice of mining, and to prevent the land from being wastefully stripped clean and thereby impoverishing all future generations. If Hank is a typical Randian capitalist, he’ll want to strip-mine as fast as he wants, anywhere he wants, leave a huge toxic mess behind, and pay no taxes or fees in return. Regardless of how the law works in Randworld, in the real world government has both the right and the responsibility to regulate mining and extraction to prevent that outcome. 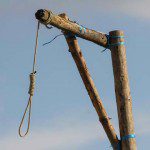