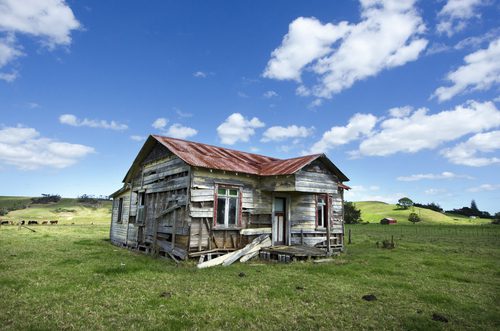 Leaving Hank and Dagny for a little while, we turn to a scene in Connecticut:

The silhouette of a conveyor belt moved against the strips of fire in the sky, raising coal to the top of a distant tower, as if an inexhaustible number of small black buckets rode out of the earth in a diagonal line across the sunset. The harsh, distant clatter kept going through the rattle of the chains which a young man in blue overalls was fastening over the machinery, securing it to the flatcars lined on the siding of the Quinn Ball Bearing Company of Connecticut. [p.252]

To my mind, it’s a telling fact that Rand describes coal reserves as inexhaustible – even using the “as if” qualifier. And it’s not just this passage: Nowhere in Ayn Rand’s work, as far as I know, does she ever treat any natural resource as anything other than limitless. As you’ll remember from a recent installment, Ellis Wyatt is just about to debut a new technology that will unlock an “unlimited” (her word) supply of oil from previously untapped rocks. Later in the book, this trend reaches its logical conclusion when we meet John Galt and his marvelous motor, which can produce infinite quantities of electricity from thin air, in a blatant snub of the laws of thermodynamics.

Obviously, acknowledging that natural resources are limited would pose a philosophical challenge for Rand, as it would contradict her The Secret-like ideology that individual ingenuity and capitalism can overcome any problem. But on a more prosaic level, it would also present a problem to her preferred model of government, because it could be used to argue for collective-action regulations, on things like conservation or sustainability, that limit individual freedom to produce a greater good for everyone in society. Her solution is to simply refuse to acknowledge that natural resources can ever be used up. (The ancient residents of Easter Island might disagree.)

Getting to the point of this section: One of Rand’s socialist villains, Mr. Mowen of the Amalgamated Switch and Signal Company (you may notice that all the bad, looter companies are called Amalgamated or Conglomerated or Consolidated or something like that, whereas all the good, capitalist businesses are named after their owners – what does Rand have against M&A?) stops to talk to the worker at the Quinn plant, grousing about all the companies, like this one, that are moving out of state:

“It’s the third one from Connecticut in the last two weeks,” said Mr. Mowen. “And when you look at what’s happening in New Jersey, Rhode Island, Massachusetts and all along the Atlantic coast…” The young man was not looking and did not seem to listen. “It’s like a leaking faucet,” said Mr. Mowen, “and all the water’s running out to Colorado. All the money.” [p.253]

“Why are they all running to Colorado?” he asked. “What have they got down there that we haven’t got?”

The young man grinned. “Maybe it’s something you’ve got that they haven’t got.”

“What?” The young man did not answer. “I don’t see it. It’s a backward, primitive, unenlightened place. They don’t even have a modern government. It’s the worst government in any state. The laziest. It does nothing – outside of keeping law courts and a police department. It doesn’t do anything for the people. It doesn’t help anybody. I don’t see why all our best companies want to run there.” [p.254]

The lesson, if you missed Rand’s pounding it into your skull with a jackhammer, is that “good” government does nothing besides prosecute crime (which doesn’t exist in Randworld) and enforce contracts. Anything else whatsoever is an intolerable infringement on individual liberty. Therefore, profit-making businesses will naturally flee to whatever jurisdiction offers them the greatest freedom. Right?

Well, I see a niggling little problem with that view, and it comes in the form of this map. Produced by libertarians with a similar view to Rand’s, it purports to rank the 50 U.S. states in terms of “freedom”. Before you read on, go look at that map and see if you notice the problem with it.

OK, did you see it? The problem with this map, from a libertarian standpoint, ought to be obvious. They rank New York and California as the two least free states in the entire country; yet if you look at a list of U.S. states ranked by GDP, they’re two of the highest!

How is this possible? Why haven’t the repressive, anti-freedom policies of these overbearing nanny states driven away businesses and turned both New York and California into poverty-stricken, dystopian hellholes? Why aren’t people pouring in great migratory waves out of Manhattan and Silicon Valley to seek their fortune in the libertarian utopias of North Dakota and Oklahoma?

The answer, as much as Rand and her acolytes might not want to hear it, is that most businesses actually prefer to settle where the government provides services. Businesses that depend on shipping, to name one example, tend to prefer states that do things like maintain roads. (Texas, which gets high marks for “freedom”, is worrying businesses with its plan to convert some of its paved roads back to gravel because of a lack of money in the budget.) Good public transit boosts tourism and other economic activity, as well as increasing property values. High-tech industries like places with strong schools and colleges, such as North Carolina’s Research Triangle, so they don’t have to train their employees from the ground up.

And nearly all businesses like having reliable public utilities such as water and electricity. India’s economic growth, for example, has been hamstrung for years by an unreliable electric grid that forces businesses to rent expensive, dirty diesel generators. Even more shocking, the world’s tallest skyscraper, the Burj Khalifa, has no sewage system, requiring a never-ending fleet of trucks to cart away the tons of raw sewage it produces each day.

There’s one more thing which this map neglects: as PZ Myers points out, some of the states that rank highest for “freedom” have passed punitive anti-choice laws. You may notice that access to abortion and contraception doesn’t even figure into the libertarians’ “freedom” calculation, although they do esteem the freedom to own guns, smoke marijuana and gamble on the internet. Is it any wonder, in the face of this kind of sexist obliviousness, that libertarians are so often accused of caring about the “freedom” of wealthy white men only?

December 28, 2013 Weekend Coffee: December 28
Recent Comments
0 | Leave a Comment
"...turning an entire state into a House district will automatically end gerrymandering in that state.At ..."
GCT Is 2020 A Watershed?
"Sincerest condolences. She sounds like a wonderful lady."
Gary Sturgess For Hope
"Thanks for that."
J-D For Hope
"True about SMDs; I don't know much about the details of electoral systems, just the ..."
Griff Pryce Is 2020 A Watershed?
Browse Our Archives
get the latest from
Daylight Atheism
Sign up for our newsletter
POPULAR AT PATHEOS Nonreligious
1