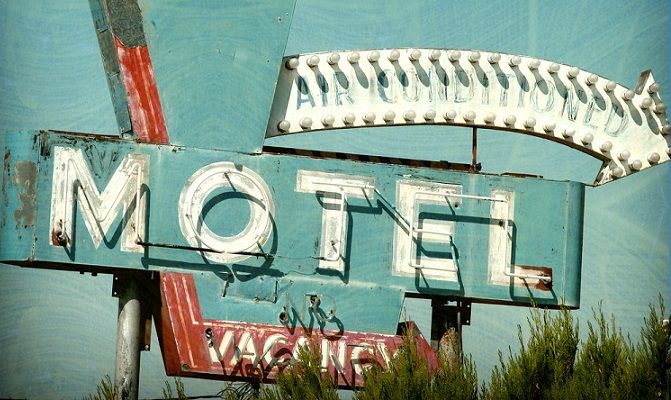 Hank comes to Dagny’s apartment to celebrate the success of the John Galt Line, which is now back under the ownership of Taggart Transcontinental. Hank has an extra reason to be pleased with himself: his sexual conquest of Dagny, a term I use advisedly since he now thinks of her as as “a woman he owned” [p.261]. (Because when you put your penis in someone else’s vagina, that makes them your property?)

Now that the virtues of Rearden Metal have been proved, Hank has customers beating down his door, and he’s quite smug about it. But when Dagny lets him in on her plan to build a transcontinental track of Rearden Metal, his smugness turns abruptly to sexually predatory creepiness:

“Did you say you wanted a transcontinental track of Rearden Metal, Mr. Vice-President?” he asked. “What if I don’t give it to you? I can choose my customers now and demand any price I please. If this were a year ago, I would have demanded that you sleep with me in exchange.”

“Would you have done it?”

“As a matter of business? As a sale?”

This is your regular reminder that Hank is one of the heroes of this novel. If Rearden Metal had been a runaway success when Dagny first approached him to buy some, he says, he would have demanded she have sex with him as the price. Dagny seems charmed and amused by this blatant sexual-harassment scenario, rather than treating it as the horrifying revelation into her boyfriend’s character that it is. (For example, it never occurs to her to ask, “And did you ever demand that anyone else have sex with you as the price of fulfilling their order for steel?”)

Hank asks how long it’s been since she took a vacation. When Dagny says it’s been several years, he proposes one:

“Dagny, let’s take a vacation together. Let’s take my car and drive away for a few weeks, anywhere, just drive, down the back roads, where no one knows us.” [p.260]

Has he forgotten he’s still married to someone else? A secret tryst is one thing, but this is a weeks-long absence he’s proposing. No business trip lasts that long. It’s not clear how he explains to Lillian where he’s going, or why she doesn’t want to accompany him. After having sex with Dagny the first time, he said he’d have to “lie” and “sneak” to hide the truth from his wife, but this seems like the least sneaky thing imaginable. But he obviously comes up with something, because when we see Hank and Dagny next, they’re on their road trip:

The earth went flowing under the hood of the car. Uncoiling from among the curves of Wisconsin’s hills, the highway was the only evidence of human labor, a precarious bridge stretched across a sea of brush, weeds and trees. The sea rolled softly, in sprays of yellow and orange, with a few red jets shooting up on the hillsides, with pools of remnant green in the hollows, under a pure blue sky.

See, you intellectuals of the looter persuasion might think that when a majestic natural vista is slathered with advertising signage, that disfigures and degrades it. But that’s just because you hate the Industrial Revolution. When we look through the lens of capitalism, we can see what the billboard makers are actually doing to these pristine landscapes: they’re improving them. After all, what’s the point of just looking at trees all day? Trees don’t even try to sell you stuff! 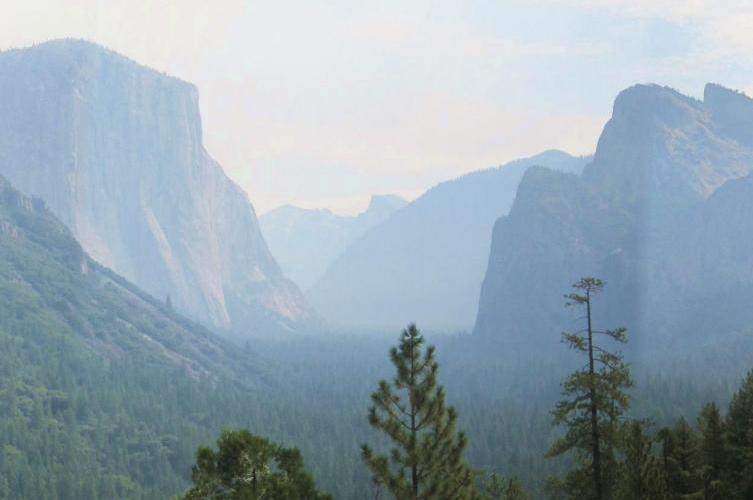 All it’s missing is some billboards for McDonald’s.

The part of Wisconsin where they’re traveling is abandoned and reverting to wilderness: the road is cracked and faded, and weeds are encroaching upon it. Hank and Dagny muse about the implications of this:

Then she smiled. “But think how often we’ve heard people complain that billboards ruin the appearance of the countryside. Well, there’s the unruined countryside for them to admire.” She added, “They’re the people I hate.” [p.262]

These passages are an illustration of something I mentioned earlier: Rand’s philosophy makes environmental preservation impossible, except perhaps at the whim of a wealthy landowner. To her mind, nature is valueless unless it’s being clear-cut, strip-mined, or plastered with ads.

And it’s not as if we have no idea what this would look like in practice. Only a few years after the Yosemite Valley was discovered by white Americans, entrepreneurs were painting garish messages touting patent medicines on its cliffs. This sort of nuisance was a chronic problem in the earlier days of the republic, before the establishment of the national parks:

At Niagara, the visitor found both the American and the Canadian sides of the falls disfigured with huge ads for Herrick’s Pills and Lightning Oil. There was worse to come: “the nuisance culminates at Chicago,” Marshall noted, “for here is the paradise of white-paintism.” Yet the railroad routes to the farther West were almost as bad, with a certain variation introduced by Merchant’s Gargling Oil, for which the outdoor lettering, like the medicine itself, was yellow. Echo Canyon on the Union Pacific had garish ads “daubed up against the red sandstone precipices just in the most striking part of the whole gorge.” Nearing San Francisco, the English traveler noted down that “VINEGAR BITTERS IS ALL THE GO FOR LOVE!” and “YOSEMITE BITTERS GOOD FOR BELLY AKE.”

…The minions of P.H. Drake chopped down an entire mountainside forest so Pennsylvania Railroad passengers could read about Plantation Bitters in letters four hundred feet high. Yellowstone Park and the California redwood forests were likewise invaded. One promoter bought a Mississippi stern-wheeler, painted it bright red, added the name of his nostrum in letters twelve feet tall, and ran it up and down the river. Another medicine man got himself a steamship, bedecked it with advertising for a liniment, and let it float to destruction over Niagara Falls. Still another offered to pay for the pedestal of the Statue of Liberty if he could use it as a base for his advertising posters.

Now obviously, commerce has its place in a free society. But just as obviously, most people find advertising a necessary evil at best, an obnoxious and aggravating nuisance at worst. And if we object to plastering patent-medicine slogans all over a striking landscape or gorgeous natural formation, there are reasons for that which don’t include a love of communism.

There’s something in us that responds to untouched natural beauty: spending time in nature reduces stress – even Dagny and Hank wanted to go away somewhere rural, after all – and fosters a sense of peace, relaxation, and well-being. But because these benefits are harder (not impossible) to quantify, Rand declares that they don’t exist. It’s the kind of thing she’d dismiss as “spiritual”, which in her philosophy is a term of abuse. But not everything that matters to human beings, not everything that makes life meaningful and fulfilling, can be traded for cold hard cash. 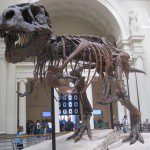 January 8, 2014
Riding a Dinosaur Off Into the Sunset
Next Post