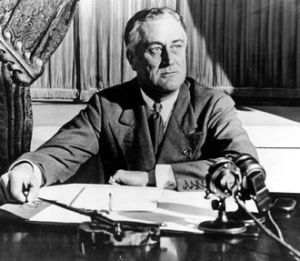 Dagny and Hank have set out to track down the owner of the defunct Twentieth Century Motor Company factory, crisscrossing the country in the hope of digging up an employee list that will help them find the inventor of the magic motor they discovered there. But this, as they soon discover, is a Sisyphean task.

They’re able to establish that the man who built the factory and the surrounding town of Starnesville is one Jed Starnes, who died twelve years ago. But its history ever since then is a seemingly endless string of fly-by-night shell companies, legal quagmires, shady owners who bought the factory just to strip it for scrap, and even, as they find from a clerk at the county seat, missing government records:

“Can you give us the names of all the owners since [Starnes]?”

“No, sir. We had a fire in the old courthouse, about three years ago, and all the old records are gone. I don’t know where you could trace them now.” [p.274]

An unfortunate accident, to be sure. Now, as we learned earlier, even Rand’s ideal small-government libertopia would make allowances for law courts, since presumably you have to record things like the sale of a business. On the other hand, one thing Rand notably doesn’t allow for is fire departments – let alone regulations requiring buildings to have things like sprinkler systems or fireproof doors. (It probably wasn’t an accidental omission, as other libertarians have argued that fire departments should be privatized.)

Did that courthouse burn down because it was of shoddy, unsafe construction and there was no one to stop the fire once it started? Just think, if Randworld had had a slightly more activist government, Dagny and Hank might have been able to find John Galt with no trouble at all!

The clerk is able to give them the name of just one past owner, Mayor Bascom of Rome, Wisconsin, who bought the factory at a bankruptcy sale after it was shut down. Dagny and Hank hasten to meet him:

“Whose bankruptcy sale was it, when you bought the factory?”

“Oh, that was the big crash of the Community National Bank in Madison. Boy, was that a crash! It just about finished the whole state of Wisconsin – sure finished this part of it. Some say it was this motor factory that broke the bank, but others say it was only the last drop in a leaking bucket, because the Community National had bum investments all over three or four states. Eugene Lawson was the head of it. The banker with a heart, they called him.” [p.276]

We’ll hear more about the banking industry later in this chapter, but for now, let’s just linger on this one point: Rand ludicrously imagines that bank failures are caused by bankers being too nice and making bad loans to people because they feel sorry for them. In reality, bank failures and panics are invariably caused not by an excess of compassion, but by an excess of greed: bankers making ever-riskier loans because they’re chasing ever-higher profits, until the bubble finally bursts.

“When the factory busted, that was the last straw for Gene Lawson. The bank busted three months later.” He sighed. “It hit the folks pretty hard around here. They all had their life savings in the Community National.”

Mayor Bascom looked regretfully past his porch railing at his town. He jerked his thumb at a figure across the street: it was a white-haired charwoman, moving painfully on her knees, scrubbing the steps of a house.

“See that woman, for instance? They used to be solid, respectable folks. Her husband owned the dry-goods store. He worked all his life to provide for her in her old age, and he did, too, by the time he died – only the money was in the Community National Bank.”

This is an exceedingly strange point for Ayn Rand to make. She appears to be saying that even if you do everything right in her eyes – if you’re a good capitalist, if you work all your life, if you save diligently for retirement – you can still be wiped out and left penniless in your old age if the bank you put your life savings in happens to go bust. In other words, and apparently without noticing she’s doing so, Rand is making a strong case for federal deposit insurance.

This has nothing to do with whether a bank is run by good capitalists or bad looters. The only way for a bank to make a profit is to accept deposits and then loan that money out at interest. But because most of a bank’s deposits are tied up in investments at any one time, if everyone wants to take their money out at the same time, the bank won’t be able to satisfy them all. No bank, however well managed, can withstand a bank run; their business model depends on this never happening. It can even become a self-fulfilling prophecy, as the mere rumor of a bank collapse sends everyone rushing to the tellers at once.

In our world, panics and bank runs were a regular feature of the economy until the Glass-Steagall Act of 1933, which among other things established the Federal Deposit Insurance Corporation to guarantee the safety of customer deposits. Since the creation of the FDIC, bank collapses have been much rarer, and the ones that do collapse are seized and unwound in an orderly way so they don’t touch off panics. Rand chose to erase that from history in the world of her book, presumably because it would’ve been awkward for her argument if the government had stepped in to make whole the Community National Bank’s depositors and prevent total economic devastation in Wisconsin.

Also, you know what else would have saved that poor charwoman from an old age of toil? A transfer system where the government deducts taxes from a person’s paycheck during their working years, holds the money safely in a trust fund, and redistributes it back to them in their old age. This guarantees the elderly a minimum level of income and keeps them from total destitution. Of course, in the real America, this system exists and is called Social Security. Once again, Rand scrubbed that from her book.

It’s no coincidence that Rand rewrites history to wipe out the FDIC and Social Security. Those highly effective government programs were both part of the New Deal, instituted by President Franklin Delano Roosevelt, whom Rand despised. According to Jennifer Burns’ Goddess of the Market, she wrote in one letter: “My feeling for the New Deal is growing colder and colder. In fact, it’s growing so cold that it’s coming to the boiling point of hatred”. She devoted extensive time to volunteering for the campaign of his Republican opponent Wendell Willkie, whom Roosevelt trounced in the 1940 election.

But I think it’s more than a personal dislike for FDR that drove her to excise his greatest achievements from the timeline of her book. It runs deeper than that: her philosophy requires the government to be wholly evil, incapable of doing anything to improve people’s lives. Thus, when presented with evidence to the contrary – evidence of good things that government has actually done, things that benefit people and make the economy more stable – Rand has no choice but to refuse to acknowledge their existence. 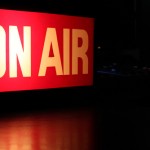 January 23, 2014
Interview on the Nick Givas Radio Show
Next Post

January 25, 2014 Weekend Coffee: January 25
Recent Comments
0 | Leave a Comment
"Of course, this begs the question to Christians: if Jesus is God, why wasn't he ..."
Bill L. Many, Many, Many Gods
"I'm not missing your point. I disagree with your point.The Holocaust was an act of ..."
Adam Lee It’s Not Anti-Semitic to Criticize Israel
"A polytheistic model of the universe actually makes a lot of sense. A whole lot ..."
JD Eveland Many, Many, Many Gods
"You're missing the point of my comment.The issue is not comparing any group to a ..."
DBxyz It’s Not Anti-Semitic to Criticize Israel
Browse Our Archives
get the latest from
Daylight Atheism
Sign up for our newsletter
POPULAR AT PATHEOS Nonreligious
1