Last autumn, I published my first novel, DARK HEART, an epic fantasy in a world where mortals rebelled against the gods. Today I’m happy to announce that the sequel, BROKEN RING, is now out!

If you liked the first book, I’m confident that this one is even better. Here’s the synopsis:

One month out of every year, the constellation of the Ring rises in the night sky above the world of Caliel.

But one year out of every ten, the brightest star is missing, and the Ring becomes… the Broken Ring.

Legend whispers that any promise, any pledge, any oath made under the Broken Ring will inevitably be broken.

When Myrren Kahliana and Raine Destin took their wedding vows under the sign of the Broken Ring, they thought the tales were mere superstition. But they’re about to find out how much power an old legend can have, as fortune tears them apart and sends them across the world from each other.

To fulfill his family duty, Raine must travel to the city of Ral Vraxan, the dread capitol of all the lands that worship the god Vraxor, where assassins lurk around every corner and politics is written in blood. Competing for a high honor called the Choosing, he’s plunged into conflict with a rival who may not be what she seems… and even if he can avoid his enemies’ traps and outwit their plots, the secrets of Vraxor’s terrible priesthood may still rend the country apart in civil war.

Myrren, meanwhile, sets out on a different path, traveling to the vast, pristine wilderness of Shael to witness the marriage of her closest friend. But the journey of a lifetime becomes a nightmare, as she finds herself being pursued by a mysterious, deadly and relentless new enemy that only she can see, and that wants something from her she doesn’t even know she has.

When gods walk the earth and fate is written in the stars, can two people in love steer their own destiny?

This is the second book in a series of four. It’s available on Amazon Kindle and other e-reader formats through Smashwords, with the paperback version coming soon.

Of course, if you haven’t read the first book yet, you might not want to jump into the middle of a series. That’s why, as of today, I’ve reduced the price of DARK HEART on all e-book platforms to just $1.99! This bargain won’t last forever, so take advantage of it while you can.

Or, if you’re ready to continue the story:

Don’t forget to visit my books website for all my latest publications and writing news. If you have any other questions about the book, let me know in the comments!

Cover design by @ologies, who pretty much read my mind and created exactly what I had imagined. Check out her page on Society6 for all kinds of goodies. 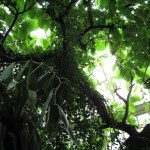 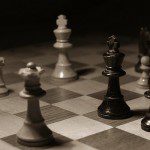 March 12, 2014 Should We Reach Out to Conservative Atheists?
Recent Comments
0 | Leave a Comment
"they avowed their certainty that Jesus would bring her back to life:Despite this not being ..."
Bob Seidensticker The Strange Sad Story of Olive ..."
"...currently every single link in the "Trending at Patheos Nonreligious" is to a "I'm moving ..."
OverlappingMagisteria Announcing: OnlySky
"I've already signed up on Jonathan Pearce's site. Looking forward to the new digs."
ORAXX Announcing: OnlySky
"Interesting. Although if Andrew Hall is coming along, I hope the new site will make ..."
bificommander Announcing: OnlySky
Browse Our Archives
get the latest updates from
Daylight Atheism
and the Patheos
Nonreligious
Channel
POPULAR AT PATHEOS Nonreligious
1