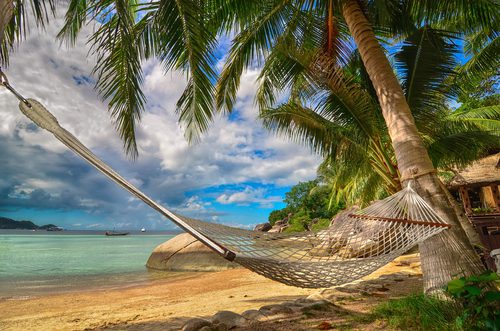 All the movers and shakers, including Hank and Lillian, have showed up for James Taggart’s wedding in New York. Dagny is also there, and obviously she and Hank have to keep up the pretense that there’s nothing between them. This makes Hank grit his teeth at his inability to, I don’t know, have sex with her right there on the ballroom floor:

…he wondered why he stood here, he wondered who had the right to demand that he waste a single irreplaceable hour of his life, when his only desire was to seize the slender figure in gray and hold her through the length of whatever time there was left for him to exist.

There’s a short, uninteresting confrontation between Dagny and James’ bride Cherryl, who inexplicably somehow still thinks he’s the capitalist hero of the Taggart family. She berates Dagny, who simply stands there and smirks. Then James proposes a toast:

“We are at the dawn of a new age,” said James Taggart, from above the rim of his champagne glass. “We are breaking up the vicious tyranny of economic power. We will set men free of the rule of the dollar. We will release our spiritual aims from dependence on the owners of material means. We will liberate our culture from the stranglehold of the profit-chasers. We will build a society dedicated to higher ideals, and we will replace the aristocracy of money by—”

“—the aristocracy of pull,” said a voice beyond the group.

They whirled around. The man who stood facing them was Francisco d’Anconia.

…”What’s the matter?” he asked in the midst of their silence. “Did I say something that somebody here didn’t know?”

Francisco says that he’s dropped by the party to thank them, all the stockholders who’ve invested heavily in his company: “I seem to be popular with an astonishing collection of public figures from all over the world – from People’s States where you wouldn’t think there’s any money left at all.”

Despite the fiasco of the San Sebastian Mines, the stock of d’Anconia Copper has been skyrocketing. Francisco says that it’s not surprising: “there’s not much competition left in the world,” he says, because a set of economic directives agreed on by “your boys in Washington and the boys in Santiago” have all but shut down America’s copper industry. “And the result is that this country suddenly has to import much larger amounts of copper. And where in the world is there any copper left – unless it’s d’Anconia copper? So you see that I have good reason to be grateful.”

“I assure you I had nothing to do with it,” Taggart said hastily, “and besides, the vital economic policies of this country are not determined by any considerations such as you’re intimating or—”

“I know how they’re determined, James. I know that the deal started with the boys in Santiago, because they’ve been on the d’Anconia pay roll for centuries – well, no, ‘pay roll’ is an honorable word, it would be more exact to say that d’Anconia Copper has been paying them protection money for centuries – isn’t that what your gangsters call it? Our boys in Santiago call it taxes. They’ve been getting their cut on every ton of d’Anconia copper sold. So they have a vested interest to see me sell as many tons as possible. But with the world turning into People’s States, this is the only country left where men are not yet reduced to digging for roots in forests for their sustenance – so this is the only market left on earth.”

This doesn’t make sense. Chile has collapsed to the level of pre-agricultural subsistence, which must mean mass starvation and societal breakdown, with all the chaos and violence that would have to entail… and yet they still have a government capable of enforcing laws, collecting taxes and making international trade agreements?

This leads back to the much bigger question, never more than glancingly addressed in the pages of Atlas Shrugged, of what’s happening in the world outside the United States. From this passage and a few other cursory hints, we can glean that every other country has become a communist dictatorship and the U.S. is the last redoubt of capitalism. What we’re never told is the how or the why. How could this be happening in every country at the same time, and why doesn’t any country see that it’s not working and reverse course, especially if things are as bad as Francisco says?

After all, the world itself is a free market in citizenship. Just as companies compete for employees, nations and localities compete to attract businesses and investors (as we saw when the hedge-fund billionaire John Paulson flirted with the idea of moving to Puerto Rico to avoid taxes). If socialism is destroying the wealthy countries, there ought to be plenty of smaller, poorer nations that would put out the welcome mat for capitalist refugees carrying suitcases full of cash. Even the villains are doing this; that’s why they’re parking their money in d’Anconia Copper stock. Why haven’t Hank and Dagny considered cashing out and moving to the Cayman Islands, or some other friendly tropical tax haven?

Of course, that is more or less what the heroes do in the end. But to maintain suspense throughout the second half of the book, Rand has to keep up the premise that there’s nowhere to retreat to, that no one has any idea where the disappeared capitalists could have gone. And that could only happen if every country in the world independently decided to adopt the same wealth-redistributing policies, despite the advantages that could be reaped by any one that broke away. (The alternative is a powerful and sinister conspiracy – the Illuminati, perhaps? – that’s secretly pulling the strings on all the world’s governments, but that would take a degree of competence which Rand is adamant her villains don’t possess.)

As I said in my first Atlas post, Rand treats the decay of capitalism like the breakdown of a machine, or the spread of an illness: something that happens of its own accord, requiring no external cause. And if you find that implausible, well, so did Ayn Rand. According to Anne Heller’s biography Ayn Rand and the World She Made, she penned these words in her Romantic Manifesto:

“If I see that the good is possible, yet it vanishes, I do not take ‘Such is the trend of the world’ as a sufficient explanation. I ask such questions as: Why? – What caused it? – What or who determines the trends of the world?”

May 28, 2014
The Supreme Court's Ignorance on Secularism
Next Post

June 2, 2014 New on AlterNet: Catholicism's Demonic Revival
Recent Comments
0 | Leave a Comment
Browse Our Archives
get the latest from
Nonreligious
Sign up for our newsletter
POPULAR AT PATHEOS Nonreligious
1