Boko Haram Is an Islamic Terrorist Group May 19, 2014 Adam Lee

I would have thought some facts were too obvious to need proving, but if these past few years of atheist blogging should have taught me anything, it’s that no excuse is too far-fetched for those who bend over backwards to excuse religion from blame for every evil it gives rise to. Such is the topic of today’s post.

Boko Haram is, of course, the violent insurgency in Nigeria that’s gained global infamy after it kidnapped several hundred girls and vowed to sell them as slaves, the latest atrocity in a long campaign of terrorism it’s waged against both government officials and children attending school. Boko Haram is widely described as an Islamic terrorist organization, but this conventional wisdom is angrily rejected by an article in the Daily Beast by Dean Obeidallah.

In it, he argues not only that Boko Haram isn’t Islamic, but that it has “absolutely nothing to do with Islam” and that it’s “grotesquely irresponsible” to suggest otherwise. To defend this, he leans heavily on arguments from authority, piling up Muslim clerics who insist that no Muslim could or would commit these kinds of horrendous acts:

Imam Shamsi Ali, known for his interfaith work with Rabbi Marc Schneier, Russell Simmons and others, expressed his anger that political terrorists like Boko Haram invoke Islam as the reason for their “heinous crimes.” Imam Ali called the Boko Haram leaders “blasphemous” for claiming the Koran sanctions their violence against innocent people, since it’s not only “contrary to everything Islam stands for” but also it’s “a crime against God and humanity.”

…Khan described Boko Haram actions as not being a “mistaken interpretation of the Koran, but a sheer fabrication of what it actually states.”

…Imam Feisal Abdul Rauf, chairman of the Cordoba Initiative, added that these militants use the “banner of Islam” to further their own political agenda with zero regard for the principles of the faith.

The linchpin of this argument is the claim that the the Qur’an unambiguously forbids violence, so that Boko Haram and other terrorist groups are acting in contradiction to a core principle of Islam. But this claim is utterly false. The Qur’an does permit and arguably even commands Muslims to wage war and commit violence in the name of the faith. (See here and here.)

There’s nothing unusual or extraordinary about this. Virtually all holy books, including the Bible, contain both verses extolling justice and compassion as well as verses condoning terrible violence. (Obeidallah asks why we don’t describe abortion-clinic bombers as “Christian terrorists” – he thinks this is a reductio ad absurdum, but I completely agree that we should.)

But even if this weren’t the case, Obeidallah’s entire argument is just a lengthy No True Scotsman fallacy. It assumes that his interviewees have the sole right to decide whether someone else is or isn’t a Muslim, regardless of what those other people believe or what religious identity they profess. But what gives them this right? Their claim to have the better understanding of God’s will, the truer interpretation of the Qur’an? But textual interpretation is intrinsically subjective, and any assertion about what God wants necessarily floats blissfully free of any evidence.

The question “Are Boko Haram’s members real Muslims?” is undecidable. It presumes that there’s some objective way to settle the issue, some true essence of Islam which a person could either possess or lack. Obviously, there is no such thing. Obeidallah and his sources say that Boko Haram’s members aren’t Muslims; Boko Haram says that they’re the true Muslims and everyone else is the kuffar. This kind of mutual excommunication has been going on as long as Islam has existed.

The better question, which Obeidallah steers well clear of addressing, is: what is Boko Haram’s motivation in their own minds? What justification do they put forth for their violent actions? And the answer to that is obvious.

For one thing, Boko Haram isn’t what the group calls itself; it’s what they’re called by local people in the areas where they operate. What it calls itself is Jama’atu Ahlis Sunna Lidda’awati wal-Jihad, which is Arabic for “People Committed to the Propagation of the Prophet’s Teachings and Jihad”. Their leader Abubakar Shekau, likewise, has said that Allah commands him to “sell women”.

Whatever outsiders’ opinions of them, they clearly believe that they’re acting in defense of Islam and in accordance with God’s will. And that’s the point we atheists make: for all the tut-tutting and handwaving of liberal clerics, it’s the simple truth that religious beliefs often inspire acts of violence and inhumanity. To ignore this perpetuates the apologetic double standard that religion should be credited only for the good it does, and never blamed for the evil. 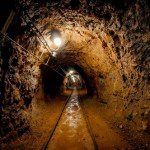