Facing Up to Atheism’s MRA Problem 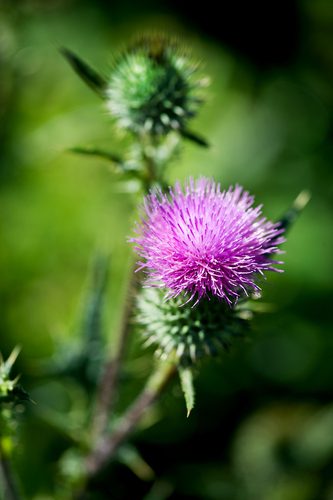 We’ve known for a while that there’s an ugly strain of aggressive anti-feminism within the larger atheist community. Now it appears that we know where they congregate: the “men’s rights activist” subgroup on Reddit ran a survey of their members, which found that the vast majority (94%) identify as atheist or religiously indifferent.

That came as a surprise to me, although the other numbers were more or less what I’d have expected. MRAs are overwhelmingly white (98%), between the ages of 17 and 20 (87%), and “strongly conservative” (84%). The only political issue they strongly support was marijuana legalization (94% in favor), while a variety of other causes (same-sex marriage, transgender rights, abortion, socialized medicine, minimum wage increases, gun control) attracted only single-digit support, giving rise to a political philosophy that could perhaps best be described as “libertarian only as it affects me”. (* Note – See end of post for addendum.)

Since this is a voluntary survey, the results could be skewed by self-selection or outright fraud, so we shouldn’t put too much weight on them. Still, these numbers are broadly consistent with other surveys of the same demographic. Russell Glasser sums up my thoughts:

He suggests that the reason the MRA crowd is so dominated by atheists is that, if you’re a member of pretty much any of the world’s major religions, the patriarchy is built right in. The assumption of women’s inferiority and subjection is already established there, and men who want an excuse to feel superior to women needn’t make any special effort. On the other hand, the misogynists who aren’t religious don’t have that convenient excuse, so they have to explicitly argue for it – and that pretty much sums up what the MRA movement is all about.

I think this is true as far as it goes, and I’ve said as much myself. Still, it leaves open the question of what gives rise to that misogyny in the first place, if not religion. I wanted to venture some thoughts on that.

To me, there’s one fact that stands out: the shockingly low average age of the men responding to this survey. Even taking into account the greater internet uptake of younger generations, I’d have expected some of them to be older. And that, I think, is a big clue as to what’s really going on here. I’d wager that MRAism and atheism among this crowd both spring from the same source: the phenomenon of adolescent male rebellion, the arrogant and defiant “nobody can tell me what to do” attitude that crops up in every culture, combined with lived experiences of privilege which lead them to conclude that they deserve to be at the top of the heap, answerable to no one (remember, they’re also overwhelmingly white). To this crowd, both religion and feminism are perceived as constricting, as sources of unwanted rules; and sexism and religious skepticism are both means to an end, giving them excuses to reject those rules and justifying their feeling of superiority.

None of this would be a cause for concern, if it weren’t for the most common type of MRA “activism”: vicious, concerted mob attacks whose goal is to silence atheists, especially female atheists, who speak out on issues of social justice. For example, CFI’s Washington director Melody Hensley wrote recently about how she’d incurred PTSD from continual cyberbullying. Infuriated by the assertion that their threats and harassment were causing real harm, these awful people responded with a flood of additional threats and harassment. Your guess is as good as mine what point they thought they were making, but it does drive home the message that they’ll attack any real or perceived point of vulnerability to shut up anyone who says things they don’t like.

If there’s any bright spot in this, it’s that for all their embarrassing presence in atheism, the MRAs are very much an outlier group. Atheists as a whole are more diverse, far more liberal and vastly more pro-choice than this small and surly tribe.

Still, whatever their absolute numbers, we can’t and shouldn’t tolerate their harassment and the bad reputation they give to atheism as a whole. If we want to rid ourselves of them, I suggest that the atheist movement as a whole needs to do more to make issues of feminism and social justice a priority. We should be talking more about the importance of reproductive choice, racial and gender equality, economic justice and the social safety net (not least because poverty is a major contributor to the nastier and more dangerous kinds of fundamentalism). The more that we do this, the more these men will feel unwelcome, and the more they’ll drift away, seeking other ideologies that are friendlier to them. (Maybe Wotanism?)

This is a move we should be making anyway, for purely strategic reasons: because the atheist movement ought to be trying to appeal to as broad a cross-section of society as possible; and because the atheist and feminist movements have a common foe in religious patriarchy and we’ll accomplish more if we work together. But the fact that it will also drive off some of the movement’s more worthless trolls is a definite bonus.

* Addendum: Some MRAs have asserted that the survey I cited was trolled by automated submissions, based on its receiving a large number of answers in a short period of time. Stephanie Zvan, whose post I linked to originally, has already done the work of sifting these possibly spurious answers out, and it changes the results only slightly. With this change, the MRA demographic is somewhat older and more moderate, but still overwhelmingly white (87%), still overwhelmingly non-religious (70%), still overwhelmingly young (median age 20), still overwhelmingly in favor of marijuana legalization above all other issues (though socialized medicine and minimum wage increase now attract more support). As I originally stated, this is consistent with other surveys of the same demographic, and doesn’t affect any of the conclusions drawn in this post. 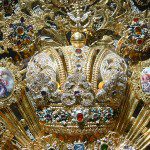 May 6, 2014 TV Review: Cosmos, Episode 9
Recent Comments
0 | Leave a Comment
Browse Our Archives
get the latest from
Daylight Atheism
Sign up for our newsletter
POPULAR AT PATHEOS Nonreligious
1