The Supreme Court’s Ignorance on Secularism

The Supreme Court’s Ignorance on Secularism May 28, 2014 Adam Lee 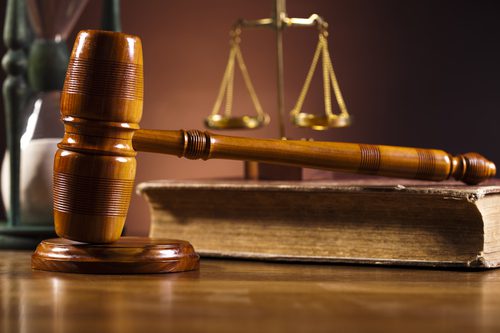 I’m coming late to the subject, but I wanted to circle back and talk about the Supreme Court’s ruling in Town of Greece v. Galloway, where a 5-4 conservative majority held that official prayers before town meetings are constitutionally permissible.

Make no mistake, this is a bad ruling, although not as bad as it could possibly have been. The one consolation is that the court didn’t slam the door completely, as they could have done and have done in other cases; they didn’t wipe out the right to sue over government promotion of religion. The justices stated that the prayer has to be non-coercive, and that members of other religions (and, presumably, atheists and humanists) have to get a chance to deliver their own invocations. If these conditions aren’t met, we still have an avenue to demand redress.

Even so, this is the kind of airy edict that could only be issued by someone in a position of high privilege, someone blissfully ignorant of how majoritarian religion acts in this country. What the court’s opinion seemed to imagine was an oil painting of civic harmony, with clergy of different religions cordially yielding the floor to each other. But if there are places like that, they don’t need court intervention. What we care about are the places where one religion is in the majority and is trampling on everyone else. And in those cases, this ruling will allow those holy bullies to put the seal of the state on their favored faith.

In the past, First Amendment activists could rely on the courts to keep government meetings secular, or at least limit them to generic, non-denominational prayers. Now we’ve lost that protection. Unless a member of a religious minority has the courage to insist on their right to deliver their own invocation, in the face of a hostile majority, and suffer whatever prejudice comes their way as a result, a town board can open their meetings with prayer that’s as sectarian as they please. This is the very recipe of government preference for a particular faith, and it will make theocratic oppression much worse in religiously homogeneous towns across the country. It’s small consolation that many believers who cheered this ruling will be shocked and upset when they realize that their personal faith isn’t the one that’s officially sanctioned where they happen to live.

On a more cheerful note, the theocrats haven’t had their way on everything. Since the Supreme Court blasted DOMA last year, LGBT advocates have enjoyed an unbroken string of lower-court victories in a long list of red and purple states: Arkansas, Michigan, Texas, Virginia and Oklahoma, to name a few. All these rulings are on hold pending appeal (including the one that started this trend, the shock victory in Utah); but given the way that the tectonic plates of the courts are moving, the mountain that gay-marriage foes have to climb is getting taller every day.

Meanwhile, more states have embraced equality. New Mexico’s ruling, handed down around the same time as Utah’s, has taken effect. The Illinois legislature passed a marriage-equality bill which was signed by Gov. Pat Quinn and will take effect on June 1. Oregon and Pennsylvania also gained marriage equality by court ruling: in both cases, district court judges ruled against bans and the state governments declined to appeal.

The Pennsylvania decision is interesting for two reasons: first, because the ruling was issued by Judge John E. Jones III, whom freethinkers will recognize as the judge who issued a decisive ruling against intelligent design in Kitzmiller v. Dover; and second, because a Republican governor, Tom Corbett, decided against appealing it. (Corbett’s office had taken over the case after a Democratic attorney general refused to defend the law.)

Like Chris Christie before him, Corbett’s decision not to fight to the bitter end is a sign that conservatives are coming to recognize this as a losing issue for them. While still raging against same-sex marriage, some of them are reluctantly realizing the end is near. Even Rick Santorum, Senator Man-on-Dog himself, has been uncharacteristically silent about it – although, of course, he may just be embarrassed by the fact that he personally recommended Judge Jones for the bench. 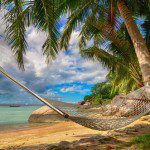 May 30, 2014 Atlas Shrugged: Offshore Accounts
Recent Comments
0 | Leave a Comment
Browse Our Archives
get the latest from
Daylight Atheism
Sign up for our newsletter
POPULAR AT PATHEOS Nonreligious
1