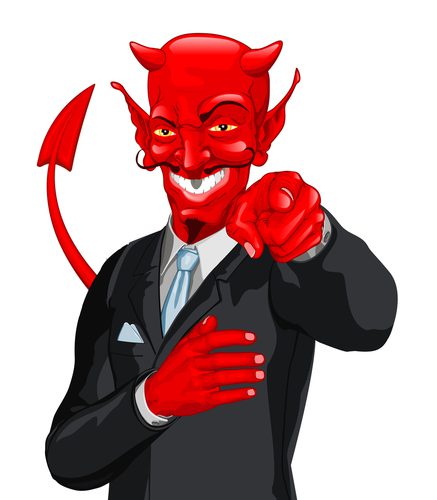 As I’ve written in the past, I find Satanism silly and juvenile. If you’re an atheist, as most of them say they are, then call yourself an atheist, and don’t wrap yourself in the mythology of a religion you don’t believe in. The only reason I can imagine to identify as a Satanist is as a stunt, to shock and outrage the easily shocked and outraged people whose religious beliefs cause them to jump at shadows. But I have to admit, if that’s what they were going for, the Satanists of Harvard have made their point:

“It’s disturbing,” said Father Michael Drea, senior chaplain of the Harvard Catholic chaplaincy. “The unfortunate thing is that this is being allowed [by the university] to go forward under the guise of academic freedom without a real sense of respect for the dignity of the Catholic faith.”

The Archdiocese of Boston, in a statement, expressed its “deep sadness and strong opposition” to the plans for Monday’s event, calling it “dangerous” and asking Harvard University to condemn it.

The Harvard Extension Cultural Studies Club, in cooperation with the Satanic Temple (the same people who want to put a statue of Baphomet in the Oklahoma state capitol) is planning to hold a Black Mass on campus tonight, as part of a series of religious ceremonies from around the world. The Catholic hierarchs of Boston are furious, and many of them are demanding that Harvard stop this event from taking place. Yes, just in case you were wondering, these are the same people who assert that “religious liberty” (of Catholic employers, to dictate whether employee health plans cover contraception) is a sacred value which must never be infringed.

And it’s not just the Catholics of Boston, either. Some of my Patheos colleagues over on the Catholic channel are quite exercised about it:

Pray for the poor souls who are opening themselves to very dark things with this act. (source)

Whether or not one agrees with Catholic theology — and surely, many at Harvard don’t — someone there has to agree: this is wrong. This is hateful. This is evil. Even unbelievers have to concede: this expresses hate for Catholic Christianity, offends sensibilities, inflicts pain on people of faith, and mocks the understanding of God embraced by a billion people around the world. (source)

(Do “even Catholics have to concede” that opposition to marriage equality expresses hate, offends sensibilities, and inflicts pain on LGBT people around the world?)

Having spoken with several people within the organization, I am not entirely sure they fully understand what they’ve gotten themselves into, with this “re-enactment”… Having spoken with diocesan exorcists, I know that many people who have no real intention of inviting in the dark end up becoming imprisoned by it. (source)

It’s frightening that Satanism is being played around with like this… I can’t help but think about the little girl in The Exorcist, who just thought she was playing a silly game. (source)

As you can see, my Patheos colleagues are gravely concerned that a bunch of kids who dress up in black robes and wave around a goat’s skull might accidentally open a portal to the netherworld, as if that were the most important thing there is to worry about. This ought to be taken about as seriously as the Jack Chick tracts which claim that playing Dungeons & Dragons teaches you how to cast real black magic spells. My favorite is the post from The Anchoress, who asked a breathless question – what will happen if you really do summon Satan? – to which their spokesman gave a perfectly reasonable response:

When I asked Greaves what he would do if, in the midst of their exercise, something from the etheric plane made itself known, he laughed and said, “well, then I’d have to reassess.”

But the comments are even better. One commenter who doesn’t understand the definition of “hate crime” says that the Satanists “are proposing to commit a true hate crime” and urges the police to arrest them: “they should be charged and prosecuted… If they were doing this sort of mockery of a Moslem or Jewish solemn religious ceremony they would be arrested and prosecuted in a New York minute.” (I must have missed all those trials of people imprisoned for mocking Muslim or Jewish ceremonies. What section of the penal law is that, I wonder?)

Another asks, “has the local Catholic bishop done anything to try to stop this?” – and if you’re wondering what sort of action by the bishop might be contemplated here, a third proposes “a Mission Impossible style raid” on the Satanists. (Unfortunately the Vatican’s elite strike team of bishops is busy elsewhere.)

Much of this outrage was stirred by a rumor, which was subsequently denied by the Satanists, that they’d be desecrating an actual consecrated Eucharist wafer as part of the ceremony. Even if that were true, it’s hard to see what the Catholic apologists are so upset about. If the Satanists did get their hands on such a thing by some nefarious means, why wouldn’t God just withdraw his presence from it before it could be used in a Satanic ritual? Is Jesus trapped in the cracker once the priest speaks the words over it? (This has more than a faint echo of the anti-Semitic medieval belief that Jews would steal consecrated hosts and stab them to crucify Jesus anew.)

The lesson to be learned from this story is just how widespread and influential this kind of paranoid demonology still is. Belief in black magic and demon possession isn’t a third world relic, isn’t confined to Congo or Nigeria. It’s right here, alive and well in America, and it’s being unapologetically taught by advocates for the single largest and wealthiest religious denomination on earth.

These Catholic apologists may claim to love science and uphold rationalism, to represent a faith fit for the modern age. But scratch the surface and you find that ancient superstition, that the cosmos is swarming with invisible, malicious spirits who can wreak havoc unless we know the right magical rituals to keep them at bay. This fear has always been used to deny the humanity of the supposedly demon-infested, and in its name, countless innocents have been imprisoned, tortured and killed through the ages. The Harvard Satanists, at worst, are harmless pranksters and provocateurs. But I won’t judge those who oppose them so leniently: Fear of demons has done vastly more harm than worship of demons ever did. 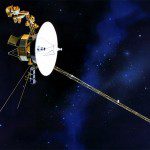 May 13, 2014 TV Review: Cosmos, Episode 10
Recent Comments
0 | Leave a Comment
Browse Our Archives
get the latest updates from
Daylight Atheism
and the Patheos
Nonreligious
Channel
POPULAR AT PATHEOS Nonreligious
1