A Christian vs. an Atheist: On God and Government, Part 5

This is part 5 of my “Think! Of God and Government” debate series with Christian author Andrew Murtagh. Read my latest post and Andrew’s reply.

Thanks again for making the trip out to my neck of the woods the other week. I thought the turnout for our second live debate was excellent! I was surprised by how many people told us we should do this again, so maybe that’s something to consider for the future.

Personally, I could go on about the roots of morality forever. But since I think we’ve pretty well delineated our areas of agreement and disagreement, I’d like to offer some closing thoughts and then perhaps we can move on to different topics.

To briefly address your latest post, I’d contend that it’s wrong to deliberately kill someone who would otherwise have lived to save the life of someone in danger of dying. But when a group of people all share the same danger of dying, it’s not wrong to sacrifice some to rescue others. (You can read more about this in my post on double effect.)

I agree that the extremes of any philosophy can be horrific. But I’d put it in a different way: morality has to be empirical, in the sense that it has to be reality-checked against its beneficial or harmful effects on real people. Any moral system which claims to be derived wholly from first principles, without the necessity of looking at the world to see how it plays out, can lead to bad results whether it’s consequentialist, deontological, or something else entirely.

So, to move on. How about we discuss the distinctiveness of Christianity next?

I’ll lay my cards on the table: I think Christianity, like all faiths, is a product of its time and place. It’s recognizably an amalgam of two religious traditions, Hellenistic Judaism and the pagan mystery cults which taught salvation through ritual sacrifice, and it arose at the time and place those streams of thought were mingling, at a cosmopolitan crossroads of the Roman Empire.

As you know from our live debate last year, I believe that Jesus of Nazareth was a mythological figure, not a historical human being. The New Testament gospels are our most detailed source of biographical information about him, but they’re also anonymous, contradict each other on many important points, and contain material clearly drawn from legendary-hero allegories or Old Testament midrash. Mentions in the writings of secular historians are late, scanty on detail, and are generally based on what Christians believed in any case.

The usual secular explanation is that Jesus was a historical person who was later elevated to divinity, but I think the process happened in reverse. I’d argue that there’s evidence that Jesus Christ started out as a spiritual savior figure, similar to the redeemer gods of the mystery religions, who later acquired the characteristics of a mortal man and was inserted into history. If this strikes you as bizarre, we can see the same thing happening in new religions today: I’d cite John Frum of the cargo cults and Jesus Malverde the Narcosaint as two modern examples.

As far as the actual teachings attributed to Jesus, I find things to like and things to dislike. I’m all for the teachings about loving one another, showing compassion and helping the needy; these are good ideas common to many cultures. But I’m disturbed by Jesus’ equally numerous teachings about the imminence of the apocalypse, which have always been used to justify turning away from this world and delaying efforts to establish earthly justice.

But the great freethinker Robert Ingersoll said, and I agree, that Jesus’ most serious moral flaw was that he believed in Hell. For all the cruelties of the Old Testament, it never envisioned further punishment after death. It was Christianity that introduced this idea into the Western religious tradition, the idea that those who don’t worship God in accordance with his commands will be condemned to an afterlife of infinite suffering. I think this is the most evil religious teaching there is, and it’s always been used to dehumanize outsiders and treat them as worthy of destruction.

This is just a brief summary of my position, but I think it’s enough to get going with. You said that you find Christianity to be a uniquely compelling religious worldview. In what ways? 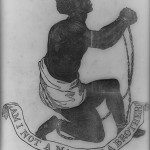 June 13, 2014 Atlas Shrugged: The Three-Fifths Compromise
Recent Comments
0 | Leave a Comment
Browse Our Archives
get the latest from
Nonreligious
Sign up for our newsletter
POPULAR AT PATHEOS Nonreligious
1