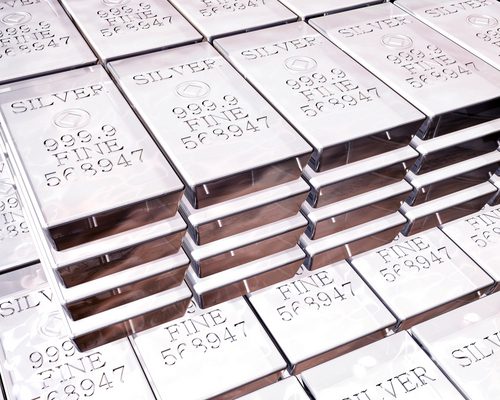 The time has come for the first of The Speeches. These are Ayn Rand’s infamous filibusters in which the action comes to a halt so that one of her characters can deliver a lengthy philosophical lecture expounding their author’s views. The speech in this chapter is one of the shorter ones – a mere 2,600 words, scarcely a footnote compared to what’s coming later – but even that would take at least 20 minutes to recite at normal speed. Naturally, in the world of the book, no one walks away or interrupts while one guy blathers.

This time, the lecturer is Francisco d’Anconia. We saw last time that he mocked the villains and looters at Jim’s wedding for creating an “aristocracy of pull” – his point being that government thugs and crony businessmen peddle influence, trade favors and blackmail each other, while real honest capitalists are unwaveringly virtuous, deal only in money and don’t play favorites. Rand’s capitalists are so spotless, in fact, that earlier in the chapter she said this about Hank Rearden:

He remembered the time when, aged fourteen, faint with hunger, he would not steal fruit from a sidewalk stand.

And according to Rand, this isn’t a coincidence: valuing money is what makes you moral and honest, and the more money you make, the more moral you are. That’s the whole point of this chapter’s monologue. Take it away, Francisco:

Rearden heard Bertram Scudder, outside the group, say to a girl who made some sound of indignation, “Don’t let him disturb you. You know, money is the root of all evil — and he’s the typical product of money.”

Rearden did not think that Francisco could have heard it, but he saw Francisco turning to them with a gravely courteous smile.

“So you think that money is the root of all evil?” said Francisco d’Anconia. “Have you ever asked what is the root of money? Money is a tool of exchange, which can’t exist unless there are goods produced and men able to produce them. Money is the material shape of the principle that men who wish to deal with one another must deal by trade and give value for value. Money is not the tool of the moochers, who claim your product by tears, or of the looters, who take it from you by force.

…To love a thing is to know and love its nature. To love money is to know and love the fact that money is the creation of the best power within you, and your passkey to trade your effort for the effort of the best among men. It’s the person who would sell his soul for a nickel, who is loudest in proclaiming his hatred of money — and he has good reason to hate it. The lovers of money are willing to work for it.

…But money demands of you the highest virtues, if you wish to make it or to keep it. Men who have no courage, pride or self-esteem, men who have no moral sense of their right to their money and are not willing to defend it as they defend their life, men who apologize for being rich — will not remain rich for long.

…Whenever destroyers appear among men, they start by destroying money, for money is men’s protection and the base of a moral existence.”

OK, I’ll cut it off here; I’m sure you get the point. In the Objectivist worldview, true capitalists are impartial and incorruptible, and would never resort to any dishonest or fraudulent tactics no matter the temptation. But people in the real world aren’t so noble.

Earlier this year, you may have heard of a class-action antitrust lawsuit in Silicon Valley. The suit stemmed from the discovery of a huge wage-fixing cartel, where dozens of the world’s wealthiest tech companies, Google and Apple among them, secretly agreed to not try to poach each other’s employees, so as not to create competition that would have driven wages up for all of them.

But this collusion, far-reaching as it was, probably wasn’t the biggest corporate fraud in history. That title may well belong to the still-unfolding Libor scandal.

Libor, essentially, is the rate that banks charge to loan each other money. It’s set by an industry association that averages out the numbers reported by many different member banks. Worldwide, over $300 trillion in financial instruments is based on the Libor rate – from mortgages and student loans to CD rates, municipal bonds and futures contracts – so even a hundredth-of-a-percentage-point shift can move billions of dollars. And in the last few years, we’ve learned that traders and managers at different banks were colluding, agreeing to report false numbers, to nudge the value of Libor up or down in a way that benefited their trades and reaped huge profits, while costing borrowers thousands or millions of dollars. This blatant manipulation has been going on since at least 2007, and probably much earlier.

The truth, contra Francisco’s assertions, is that profit incentives distort morality; they always have and always will. Rand seems to think that the aristocracy of money and the aristocracy of pull are non-overlapping magisteria, but in fact, capitalism has always been about influence and connections. People play favorites, give sweetheart deals to their friends, and scratch each other’s backs. And when large corporations are left unwatched, what we see time and again is that those connections develop into collusion, conspiracy and fraud at the expense of both customers and potential rivals. Free and fair competition isn’t something that just happens: it only arises and persists when a watchdog is there to make sure everyone’s playing by the rules. 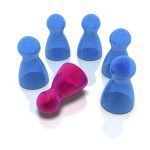 June 4, 2014
Religious Violence Isn't a Mental Illness, and Neither Is Misogyny
Next Post

June 9, 2014 #800deadbabies: A Fresh Catholic Horror
Recent Comments
0 | Leave a Comment
Browse Our Archives
get the latest from
Nonreligious
Sign up for our newsletter
POPULAR AT PATHEOS Nonreligious
1