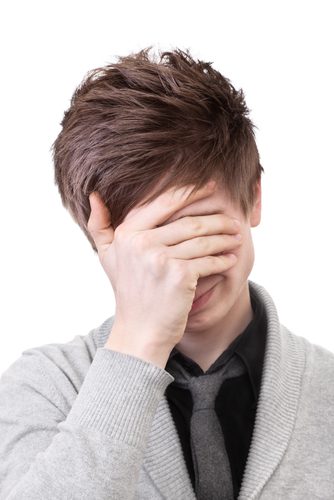 I used to admire and look up to Richard Dawkins; I really did. But it’s becoming harder for me to remember why. Over the last few years, my esteem for him has sunk lower and lower in response to a steady stream of callous, ill-thought-out or just plain ignorant remarks he’s made. And last week, he hit a new low:

Learned a useful new phrase this week: Social Justice Warrior. SJWs can't forgive Shakespeare for having the temerity to be white and male.

This was in response to criticism he received for an earlier tweet, in which he proposed a list of names to go on a hypothetical memorial to humanity, and (surprise, surprise) they were all dead white men:

Sun will engulf Earth. If we launch DVD as #CosmicTombstone, what would you put on it? Shakespeare Schubert Darwin Einstein for me. You?

In response to this, numerous people suggested that there might be some women and non-Westerners whose names would also be worth including. On the advice of some sexist harassers from the slimepit, whom he was only too happy to engage with, Dawkins decided that we “social justice warriors” must have meant that we blame Shakespeare for being white and male. This is as lazily ignorant a misconception as saying that atheists are just troublemakers who are angry at God.

If you were trying to assemble a lineup of the greatest figures in human history, and the result was exclusively composed of white men of European descent, that ought to be a sign that your selection process went badly astray somewhere. How can a group intended to represent all of humanity be limited to such a small and unrepresentative subset? If someone else proposed a list of the most influential humans who’ve ever lived, and all its members were, say, Chinese, I have no doubt that Dawkins or any other Westerner would recognize the incongruity. Why should this kind of provincialism be any more acceptable just because it’s one’s own ethnic group?

Of course, this isn’t just a thought experiment. We have sent something of ourselves to the stars: the golden record carried by both Voyager spacecraft. And I’m happy to say that Carl Sagan, the record’s creator, appreciated the importance of diversity in a way that Richard Dawkins clearly doesn’t. The record has greetings in many languages, music and images from many cultures: not just Bach, Mozart and Beethoven, but Indonesian gamelan music, Australian Aboriginal folk songs, Japanese shakuhachi flute melodies, Peruvian panpipes, Indian and Chinese songs, Navajo night chant, black American jazz, and many more. That’s the kind of message you should send if you wanted to tell other worlds who we were as a species.

Obviously, Shakespeare’s place in the canon of English literature isn’t in question. Nor do we blame him for the content of his chromosomes. The point is that racist and sexist bias has often operated to ensure that only the cultural contributions of white men get noticed and appreciated. Whether Dawkins realized it or not, he was perpetuating that well-established pattern. He asserted that he’d still admire Shakespeare even if he had been a black woman – but of course, if Shakespeare had been a black woman, it’s all but certain we’d never have heard of her. That was the point that so many people were making and that he chose not to see.

Too often, a group consisting solely of white men is treated as the unremarkable norm, rather than being seen for what it is: a strange phenomenon which cries out for an explanation. As someone who’s spoken about the importance of consciousness-raising, Richard Dawkins ought to understand this. Instead, in his vitriolic rejection of the importance of equality and fair representation, he’s turned his back on the principles that led so many of us to admire him in the first place.

July 2, 2014 The Supreme Court Unleashes Chaos
Recent Comments
1 Comment | Leave a Comment
Browse Our Archives
get the latest from
Daylight Atheism
Sign up for our newsletter
POPULAR AT PATHEOS Nonreligious
1

Evangelicals' Birthrate Strategies Reveal Very Dark Covert Goals
Hi and welcome back! Yesterday, we checked out some evangelicals' reactions to...
view all Nonreligious blogs
What Are Your Thoughts?leave a comment
Copyright 2008-2021, Patheos. All rights reserved.
error: Content is protected !!