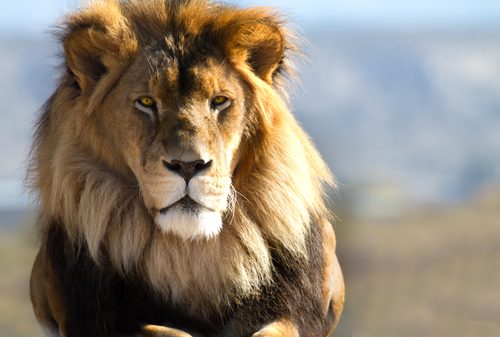 Now that we’ve seen Lillian’s reaction to her discovery of Hank’s affair, let’s flash back briefly. Earlier in the chapter, while Hank and Dagny were in bed together, she said this to him:

“Hank, I want nothing from you except what you wish to give me. Do you remember that you called me a trader once? I want you to come to me seeking nothing but your own enjoyment. So long as you wish to remain married, whatever your reason, I have no right to resent it. My way of trading is to know that the joy you give me is paid for by the joy you get from me — not by your suffering or mine. I don’t accept sacrifices and I don’t make them…. If ever the pleasure of one has to be bought by the pain of the other, there better be no trade at all. A trade by which one gains and the other loses is a fraud.”

The contrast we’re meant to see is that Dagny only wants to continue their liaison as long as it gives them both pleasure, while Lillian wants to keep Hank chained to her even though he hates their marriage. Notably, what’s left out of this equation is Lillian’s feelings and desires. After all, the “trade” of Hank’s fidelity may bring pleasure to Dagny, but it brings pain and suffering to her, and even though Hank promised to be faithful to her, that pledge is irrelevant because shut up that’s why.

But there’s an interesting point to be made here. Rand expects her heroes to live by the same moral code in business as they do in their personal lives, so Dagny’s statement is clearly intended to be a general principle. She takes it for granted that in a capitalist utopia, every trade would benefit both parties. The reason she believes this is that in her worldview, it’s only the government, or some other illegitimate source of coercive power like a nagging wife, which can force a person to make a trade that disadvantages them. If there were no coercion and people were free to choose, then trades that weren’t mutually beneficial wouldn’t be made, and we’d all be better off.

This assertion showcases Ayn Rand’s almost childlike naivete about how her theories would play out in practice. Eliminating government as she wants wouldn’t decrease coercion at all. In fact, it would increase it.

To see why, let’s imagine we live in a free-market utopia, and let’s play by the rules and stipulate that I can’t directly force you to do my bidding. But what I can do is wait for an accident of circumstance to come along, something that puts you in a position of desperate need, and then offer to help you only if you’ll agree to onerous terms. The result is the same; the only difference is that I’m letting nature create the coercion for me. In a world where there’s no social safety net for people to fall back on, this would happen all the time.

For example, if I’m a wealthy commodities trader and you’re a cash-crop farmer in a poor country, I can demand that you sell your harvest to me for less than it cost you to produce it. Even though you’re losing money on the deal, you’d have to take it, because any money is better than none, and while I can always shop around elsewhere, you can’t afford to wait; your crop will rot in the fields if it’s not bought. (This has often happened with coffee farmers.) Or, more speculatively, what if I’m a doctor who’s invented the cure for a deadly disease; can I demand that you be my slave for life in exchange for giving it to you?

A contract that’s agreed to only because of a vast disparity in bargaining power is sometimes called a leonine contract, after an Aesop’s fable about animals that go hunting together:

The Lion went a-hunting with the Fox, the Jackal, and the Wolf. They hunted till at last they surprised a Stag and took its life. Then came the question how the spoil should be divided. “Quarter me this Stag,” roared the Lion; so the other animals skinned it and cut it into four parts. Then the Lion took his stand in front of the carcass and pronounced judgment: “The first quarter is for me in my capacity as King of Beasts; the second is mine as arbiter; another share comes to me for my part in the chase; and as for the fourth quarter, I should like to see which of you will dare to lay a paw upon it.”

In Rand’s eyes, any contract that wasn’t the direct product of force or fraud is “fair”. In the real world, we recognize that naturally occurring coercion can give rise to the same harmful result. That’s why a contract can be voided by a court on the grounds of unconscionability, if it’s grossly unfair to one party. (Admittedly, this is a power that judges don’t use nearly as often as they should.)

The recognition of this unfairness has also given rise to the concept of fair trade, where wealthy consumers agree to pay a higher price so that impoverished producers can make a living wage from their labor. Ayn Rand would probably denounce this as “altruism”, which is the supreme evil in her philosophy (remember, she thinks it’s immoral to give things to other people just for their benefit). Then again, as we’ve just seen, she also holds that trade shouldn’t occur unless both parties gain by it. It’s the insistence on these mutually contradictory propositions that throws Objectivism into a paradox it can’t resolve. 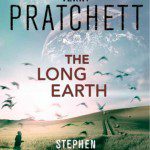 July 5, 2014 SF/F Saturday: The Long Earth
Recent Comments
0 | Leave a Comment
Browse Our Archives
get the latest from
Daylight Atheism
Sign up for our newsletter
POPULAR AT PATHEOS Nonreligious
1