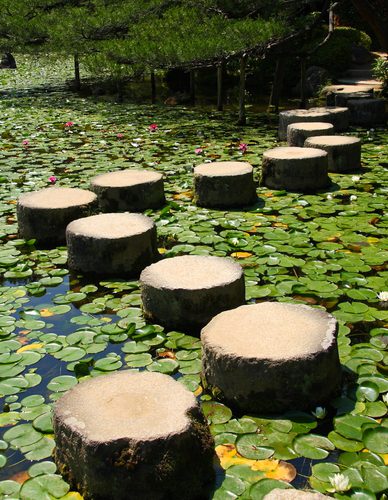 Well, this is most welcome news:

[W]e have to be able to manage disagreement ethically, like reasonable adults, as opposed to brawling like enraged children who need a nap. It should go without saying, but this means no death threats, rape threats, attacks on people’s appearance, age, race, sex, size, haircut; no photoshopping people into demeaning images, no vulgar epithets.

Richard adds: I’m told that some people think I tacitly endorse such things even if I don’t indulge in them. Needless to say, I’m horrified by that suggestion. Any person who tries to intimidate members of our community with threats or harassment is in no way my ally and is only weakening the atheist movement by silencing its voices and driving away support.

As I’ve written before, my esteem for Richard Dawkins has been on a downward slide these past few years in response to ignorant and insensitive remarks he’s made about race and gender in the atheist community, beginning with the “Dear Muslima” incident in 2011. I’d come to the point where I’d all but given up on him as someone worthy of admiration.

But this weekend, he issued a joint statement with Ophelia Benson, excerpted above and also published on his own site, which unambiguously condemns violent threats, vulgar sexism, or juvenile image-manipulation in lieu of an argument – all tactics used widely by aggressive anti-feminists. This is a tremendous and highly praiseworthy improvement, and while I don’t know what went on behind the scenes, Ophelia deserves great credit to the extent that she helped bring it into being.

As Gretchen Koch said, it should go without saying that all prominent atheists condemn this sort of behavior; but until now, it hadn’t. Dawkins’ pattern of making sneering remarks about social justice and privilege, while declining to address actual instances of sexism, encouraged some of the worst elements in the atheist community to believe that he was on their side. As recently as a few days ago, slimepit harassers were writing must-be-seen-to-be-believed self-insert fiction in which they ludicrously imagined themselves as brave heroes crusading against feminism on Dawkins’ behalf. (I assume they’ll be furiously spinning this statement any day now, if they haven’t started already.)

To be sure, one statement like this doesn’t wipe the slate clean. While I’m very glad to see Dawkins take a stand against harassment, I would’ve also liked to see him express regret for some of his own retrograde remarks. Nor is this any guarantee that he won’t return to tossing off disparaging opinions about women. At most, I’m cautiously optimistic. But I am optimistic, especially since consciousness-raising is often a gradual process. In the best case, this statement will be the first stepping stone in a journey, one that will lead Dawkins and other prominent atheists to fully recognize the undercurrent of sexist ugliness within our community and grasp the importance of opposing it.

Why does this matter? Here’s why it matters: this week, I read an atrocious story about a “men-only” bomb shelter in Israel, the awful end point of fundamentalist Judaism’s insistence on gender apartheid. We can and should condemn this, as just one example of the way that religion consistently devalues women. But if we criticize religious sexism in the wider world while tolerating it in our own house, we make hypocrites of ourselves and rob our argument of the impact that, by all rights, it should have. We’ll be handing the fundamentalists a ready-made excuse to dismiss us, and ensuring that religion’s harm to women continues unabated.

The only consistent course of action is to condemn sexism on both fronts: when it’s committed by religious believers following the decrees of an imaginary deity, and when it’s committed by atheists. Only then can we make a plausible case that we stand for something better. Richard Dawkins has taken the first step toward doing this. Now I hope he’ll take the next one.

July 30, 2014 This One Weird Trick Nullifies All Abortion Restrictions
Recent Comments
11 Comments | Leave a Comment
"This was God's will...the problem is, there are so many gods that they got distracted ..."
Bill L. When Religious Rituals Turn Deadly
"This is the first time I've been to Patheos in years. Don't remember why I ..."
Michael Valentine About Patheos Copy Protection
"See John Zande's "The Owner of All Infernal Names", available on Amazon (Satan incarnate right ..."
basenjibrian Why Would God Drown Children?
"Stupid squalling idiocy. All of them."
MyLovelyNose When Religious Rituals Turn Deadly
Browse Our Archives
get the latest from
Daylight Atheism
Sign up for our newsletter
POPULAR AT PATHEOS Nonreligious
1