The Deceptive Tactics of Christian Evangelism 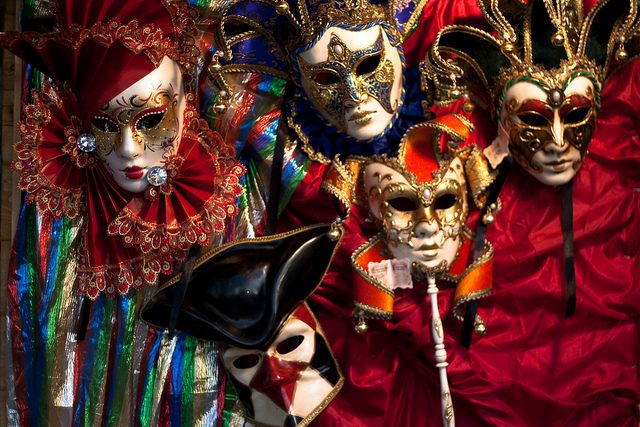 I like to think of myself as a basically honest person. And you’d think that, given that whole “false-witness” thing, Christians would feel the same way. So why are there so many instances where evangelical Christians misrepresent who they are and what they really want to trick people into giving them an audience?

Last week, the Twin Cities Pride Festival was held in Minneapolis to support and celebrate the LGBT community. And as reported by The Column, the event was infiltrated – there’s no other word for it – by an anti-gay evangelical group called Trinity Works, which came with the express intention of converting people and persuading them to become “ex-gay”. (They also claimed they could miraculously cure AIDS and would be doing so there – a claim that could be lethal if anyone actually believed it.)

According to the article, Trinity Works set up a tent along the parade route and advertised that they were giving away free corn and ice water. Festival-goers who went inside, mistakenly assuming it was LGBT-friendly, were ambushed by proselytizers who told them their lifestyle was sinful and they were going to hell. In addition, also according to the Column story, some of the Trinity Works proselytizers roamed the grounds wearing the same color shirts as event volunteers, while others “posed as medics and evangelized to people who sought assistance” (!!).

The evangelical group claims to have won 80 converts. In reality, what almost certainly happened is that they simply found Pride attendees who identified as gay Christians and got them to say a prayer, assuming this meant that those people would immediately adopt Trinity Works’ entire worldview and all their beliefs about the sinfulness of homosexuality. (They wouldn’t be the first Christians to believe that getting people to say the right magic incantation will immediately change their entire personality.)

This isn’t the first evangelical group that’s tried to get unsuspecting people in the door under false pretenses. It’s a common tactic of so-called “crisis pregnancy centers“, evangelical front groups which mimic family-planning clinics that provide contraception and abortion. These groups go to extreme lengths to lure in vulnerable women who are seeking to terminate a pregnancy, only to give them a heavy dose of shame and anti-choice pressure and frighten them with lies about the dangers of birth control. Some of them pretend they do offer abortion, trying to string women along past the legal deadline for abortion in their state. (By contrast, for pregnant women who actually do want children, they offer no real medical care or assistance.)

In response to women who were deceived by these front groups, some cities have passed laws requiring crisis pregnancy centers to clearly disclose that they don’t offer abortions or other actual medical care. The CPCs are fighting these laws in court, claiming that it infringes their “religious freedom” if they’re prevented from lying to women to get them in the door. (Thanks to Irin Carmon for this link.)

While outrage at these deceptive and unethical evangelistic tactics is amply justified, we can take another lesson from them: it’s a sign that anti-gay, anti-choice evangelicals are losing the culture war and know it. After all, if your strategy relies on getting people to give you a hearing under false pretenses, it’s at least a tacit admission that you know your message would be rejected if it were stated openly and that you expect people to hold unfavorable impressions of you and your beliefs. Granted, these Christians may be taking their cues from the Bible, which seems to endorse this lying-to-get-your-foot-in-the-door strategy (1 Corinthians 9:19-22, in which Paul boasts that he can be “all things to all men”). But even so, it seems safe to say that a preacher who was confident of a good reception wouldn’t feel the need to stoop so low. 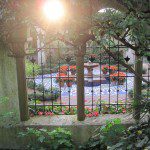 July 16, 2014 The Battle of the Eruv
Recent Comments
2 Comments | Leave a Comment
"I've long felt for-profit prisons to be an abomination in a free society. There should ..."
ORAXX Commonwealth, III.XIV: The Ultimate Indictment
"Dr. Everett Piper banned me from his Facebook page for simply correcting misinformation he had ..."
Joe Eshleman Why Christian Conservatives Are the Real ..."
"When I read the text of the meme saying 'When the Lord is ready for ..."
J-D Debunking Anti-Vaccine Memes, Part I
"God was perfectly ok with a quarter of infants dying before their first birthday, until ..."
RB Debunking Anti-Vaccine Memes, Part I
Browse Our Archives
get the latest updates from
Daylight Atheism
and the Patheos
Nonreligious
Channel
POPULAR AT PATHEOS Nonreligious
1

Nonreligious
Commonwealth, III.XII: "That Alluring World That Is Not...
Daylight Atheism
TRENDING AT PATHEOS Nonreligious