This One Weird Trick Nullifies All Abortion Restrictions

OK, this is brilliant. The Satanic Temple is asserting that they have a religious-liberty right to ignore abortion restrictions, citing the Hobby Lobby decision:

“While we feel we have a strong case for an exemption regardless of the Hobby Lobby ruling, the Supreme Court has decided that religious beliefs are so sacrosanct that they can even trump scientific fact. This was made clear when they allowed Hobby Lobby to claim certain contraceptives were abortifacients, when in fact they are not. Because of the respect the Court has given to religious beliefs, and the fact that our our beliefs are based on best available knowledge, we expect that our belief in the illegitimacy of state mandated ‘informational’ material is enough to exempt us, and those who hold our beliefs, from having to receive them.”

I wrote in a previous post about how the Supreme Court has unleashed chaos, creating a brand-new religious right to opt out of complying with seemingly any law. Well, if that’s the way things are going to go, there’s no reason that only right-wingers can or should exploit this decision. The least we can do is use it to our advantage, and there’s no better proving ground than the blizzard of abortion restrictions that state legislatures have passed over the last few years.

Anti-choice conservatives have shown enormous creativity when it comes to putting obstacles between women and their constitutional rights: mandatory waiting periods to inconvenience those who have to travel and take time off work; state-written scripts, full of falsehoods about the supposed dangers of abortion, that doctors are forced to read; mandatory, medically unnecessary ultrasounds whose only purpose is to shame and humiliate; bans on safe and simple medication-induced abortions or D&E-type surgical abortions; and pointless regulations, like requiring clinics to be retrofitted as “ambulatory surgical centers” or requiring doctors to have admitting privileges at a local hospital, that are intended to be too difficult or too expensive to comply with.

The Hobby Lobby decision could sweep all these away. If family planning clinics assert that they’re owned and managed by people with sincere religious objections to these laws, the Supreme Court has spoken and said clearly that they have a religious-liberty right to ignore them. No more waiting periods, no more scripts for doctors to read, no more bans on medication abortion, no more having to comply with TRAP laws: all these regulations must come to naught against the bulwark of religious liberty. The precedents for this were already in place – for example, church-owned daycare centers don’t have to follow the same safety guidelines as secular alternatives, and church-owned businesses can hire and fire without regard to anti-discrimination laws – but Hobby Lobby makes that path broad, straight and flat.

I grant that the optics of Planned Parenthood reorganizing as an arm of the Satanic Temple might not be so attractive. But there are plenty of alternatives. There are any number of liberal, choice-friendly churches whom I’m sure would be happy to lend their imprimatur to this effort. How about Unitarian Universalism, or Reform Judaism? This would have the bonus that many liberal churches can genuinely cite a longstanding and deeply held tradition of supporting reproductive freedom, one that’s been previously recognized as such by the courts (although that isn’t even essential; Hobby Lobby continues to do business with China, for example, a state with a policy of forced abortion. Apparently it doesn’t matter if your religious belief is newly discovered or exercised inconsistently; it only matters that you assert it.)

And purely secular groups could get in on the act too. After all, as courts have repeatedly recognized, a sincerely held personal philosophical belief is just as good as a religious belief for conscientious-objector purposes. This was reaffirmed most recently this month in Indiana, when a federal court granted the Center for Inquiry the right to certify people as secular celebrants with the power to solemnize marriages, striking down a discriminatory law that limited this privilege to clergy. Why can’t we also cite our sincerely held beliefs as a reason to ignore anti-abortion laws that we don’t like?

I’ll be the first to admit that this isn’t an ideal or desirable way for a democratic society to operate. Religion shouldn’t be an excuse to opt out of any neutral and generally applicable law passed in furtherance of a rational state purpose. We should have one law for all people, regardless of their beliefs or lack thereof.

But the simple historical truth is that this isn’t how our society works now. The Hobby Lobby decision was the culmination of a decades-long campaign by the American religious right to build a legal framework of nullification, where religion operates as a special privilege to exempt oneself from the law. If they’re so determined to make this part of American constitutional jurisprudence, then it’s right and fitting that we give them a taste of their own medicine. I want to see their reaction when clinics in red states start filing religious-liberty challenges to anti-choice laws. Who’ll be the first?

Postscript: One possible complication is that the Hobby Lobby decision was based on RFRA, the federal Religious Freedom Restoration Act, which doesn’t apply to state laws as per City of Boerne v. Flores. However, 19 states have their own versions of RFRA and would be fertile ground for a challenge like this. It could also potentially be used to challenge federal abortion restrictions, particularly the Hyde Amendment. In any case, Hobby Lobby is brand-new precedent and no one is in a position yet to make any definite statement about how far it extends. 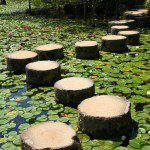 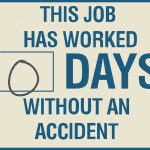