A Christian vs. an Atheist: On God and Government, Part 6

This is part 6 of my “Think! Of God and Government” debate series with Christian author Andrew Murtagh. Read my latest post and Andrew’s reply.

So, in this post, I’d like to delve into some of the details you brought up last time that bear on the existence of a historical Jesus. This is going to be a bit longer than usual, so I hope you’ll forgive the length!

You admit you are in the vast minority of historical scholarship in holding to the fact that Jesus did exist. I’m intrigued by your position – you’re certainly innovative my friend!

I agree that most biblical historians believe in the historical existence of Jesus. But I think this is what the skeptic Earl Doherty calls a “consensus of necessity”. Many of these historians are Christians themselves, who have an obvious reason to reject a conclusion that would run contrary to their beliefs. Even for the ones who aren’t, it would undermine their entire field of inquiry and call into question what they’d been doing with their careers this whole time.

You mentioned Bart Ehrman as one of them. I’ve enjoyed many of Bart Ehrman’s other books, but I think that on this point he’s flat-out wrong. The idea that we have as much or more historical evidence for Jesus’ existence as we do for anyone else from that time period just isn’t true, and he knows it. For many Roman emperors and officials, for example, there are contemporary depictions on sculptures and coins; inscriptions that they personally commissioned; multiple, detailed biographies by disinterested historians; and events, like military conquests, that can’t be explained unless someone carried them out. (By comparison, as skeptics have pointed out, there’s nothing that would be accomplished by a resurrection that wouldn’t also be accomplished by mere belief in a resurrection.) The most comparable evidence in Jesus’ case is the gospels: late, anonymous records, which contradict each other on numerous points.

My point is that outside the Gospels, we have multiple independent attestations (Jewish and Roman – Tacitus, Josephus, Suetonius, Pliny the Younger to name a few)…

As one of your commenters pointed out, you said “to name a few”, giving the impression that there are more sources you could have cited. But in fact, those four brief mentions constitute the entirety of extra-biblical references to Jesus by ancient historians. So let’s examine them.

Josephus: a historian whose books contain two passages that mention Jesus. The longer, the so-called Testimonium Flavianum, is a devotional passage clearly inserted by a later Christian copyist, since it praises Jesus as a miracle-worker and the messiah, something inconceivable for a Jewish historian writing under Roman patronage to say.

Josephus’ other reference is to someone named James, whom he offhandedly mentions had a brother named Jesus, “him called Christ”. And yet if we reject the Testimonium Flavianum as the obvious forgery it is, that’s the only use of that term anywhere in Josephus’ writing, and it stands isolated, without explanation. It seems hard to believe a careful historian would have casually dropped in such an explosive claim without elaboration. Josephus does write about someone else named Jesus in that same chapter: “Jesus, the son of Damneus” who succeeded Ananus as high priest. It seems very possible that a Christian copyist of Josephus, who mistakenly thought the passage was about “his” Jesus, made that connection himself by inserting the “him called Christ” phrase.

Suetonius: a brief passage written around 120 CE that doesn’t actually mention Jesus at all, but says that the Jews of Rome had rioted at the instigation of someone named “Chrestus”. Christian apologists have assumed, on the basis of no evidence I’m aware of, that this is a misspelled reference to Jesus Christ, even though “Chrestus” is a perfectly valid Latin name in its own right, and even though Suetonius says it was Jews who were rioting, not Christians (and yes, he knew the difference).

Pliny the Younger: a Roman historian who reports that Christians were singing hymns to Christ, “as to a god”, but says nothing about whether this was a historical human being or even whether they believed he was.

Tacitus: mentions that Christians were persecuted by Nero, and says that the sect was founded by a preacher called Christ who was crucified by Pilate. This is the only extra-biblical historical reference to Jesus that depicts him unambiguously as a historical person and that clearly isn’t an interpolation. It was also written nearly a hundred years after the events it purports to record, more than enough time for myth to become mingled with fact. (Imagine if the only documentation we had of World War I were historical accounts written last year!) The probable explanation is that Tacitus simply asked some Christians what they believed and wrote down what they told him.

When you examine this evidence in its totality, what’s bound to strike you is how late-arising and scanty it really is. And it’s not as if the idea of a spiritual savior figure being turned into a historical human being would be without precedent. In my previous post, I mentioned two recent cases: John Frum, allegedly an American soldier who’s believed to be the messiah by a cargo cult on the Pacific island of Tanna, and Jesus Malverde the Narcosaint, a Robin Hood-like figure worshipped in certain parts of Mexico. In both cases, it’s uncertain whether there was any single historical person who stands at the origin of the legends.

And these cases happened less than a hundred years ago, in a world of universal literacy and mass media. Just think of how much easier it would have been for a legend to arise in the world of two millennia ago, where there were no cameras or newspapers, no birth certificates or Social Security numbers, and where oral tradition and gossip were the only ways information could be passed around among the majority of people. Imagine how easily rumor could seep into history, and spiritual beliefs could become clothed in flesh.

But then I turn to the fact that we have multiple independent reports of the incredible persecution of the early followers who were tortured and murdered for their beliefs.

I agree that early Christians were persecuted and tortured for their beliefs, as often happened in the ancient world. But that doesn’t say anything about what those beliefs actually were, or whether the people dying for them were in any position to know for certain whether they were true. We have many examples of people who’ve gone to their deaths for reasons that are bound to strike outsiders as utterly inadequate if not preposterous (remember the Hale-Bopp comet cult mass suicide?).

You mentioned the “historical footprint” of the early church, but what is that footprint, exactly? For instance, I’ve written about the twelve apostles: those legendary figures, handpicked by Jesus, who supposedly stand at the dawn of Christianity. If you’d expect anyone to be well-documented, it’s these fellows. Yet we know essentially nothing about where they lived, what they did, or how they died. There’s not a single trustworthy historical source, just late-arising and often contradictory legends. All of them vanish into obscurity as soon as they pass out of the pages of the gospels.

While I don’t want to make this post too long, I want to emphasize that the mythicist theory isn’t based solely on absences of evidence. It’s also rooted in positive evidence: the anomalies in the Christian record that the standard historicist picture doesn’t account for very well. Both many New Testament epistles and the writings of some first-century apologists seem to have been authored by people who are unfamiliar with the gospel story. They describe in great detail their belief in the Son, or the Logos, God’s divine creative force; but somehow fail to mention that this cosmic entity ever walked the earth in human form.

To wrap up (finally!) and answer your question about deism: I won’t deny that the thought has occurred to me from time to time. I wrote an essay, “A Much Greater God“, about the possibility.

What I do think, though, is that a god that would create the kind of universe we find ourselves in would have to be very different from the anthropomorphic deity traditionally imagined by organized religion. The poet Robinson Jeffers, who believed something very similar to this, called it “the wild god of the world”: a kind of impersonal natural force, indifferent to humanity, creating both astonishing beauty and horrendous suffering in equal measure.

I don’t believe this personally, but I could see how someone might. I can even see a kind of logic in pagan beliefs which hold that every natural force has a conscious incarnation, and that these spirits strive and wrestle with each other. But the traditional god-concept of monotheism – the idea that this world was created by infinite goodness in possession of infinite power – that idea, I’m sorry to say, has never struck me as anything more than a cruel joke. 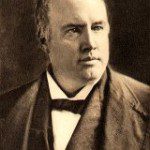 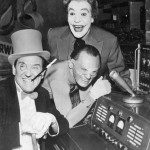