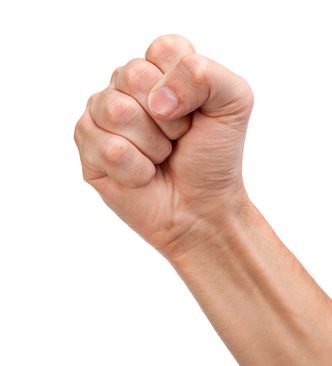 Hank and Dagny are returning to New York after their trip to Colorado. Hank’s wife Lillian, by now, has come to suspect that these “business trips” are about more than just business, so she arranges to be waiting for him on the platform:

Her first sight of Rearden in the crowd came as a shock: she had not seen him step out of a car, but there he was, walking in her direction from somewhere far down the length of the train. He was alone. He was walking with his usual purposeful speed, his hands in the pockets of his trenchcoat. There was no woman beside him, no companion of any kind, except a porter hurrying along with a bag she recognized as his.

In a fury of incredulous disappointment, she looked frantically for any single feminine figure he could have left behind… And then she saw that the last car of the train was a private car, and that the figure standing at its door, talking to some station official — a figure wearing, not minks and veils, but a rough sports coat that stressed the incomparable grace of a slender body in the confident posture of this station’s owner and center — was Dagny Taggart. Then Lillian Rearden understood.

Yet again, Hank’s normal Randian-protagonist infallibility seems to have deserted him just when it’s needed most, as he neglected to make even a cursory attempt to hide his intimacy with Dagny. Whatever happened to the inherent superiority of “the men of the mind”? Ragnar Danneskjold can somehow evade the navies of the entire world united against him, but Hank Rearden can’t deceive his snooping wife?

You might attribute this to him genuinely not caring what Lillian thinks, but when she confronts him about it, his first impulse is to clam up until she threatens to dig the truth out of him:

He had not expected it. He looked at her, not quite believing that he had understood it correctly.

He did not answer.

“I happen to know that you had no compartment on that train. So I know where you’ve slept for the last four nights. Do you want to admit it or do you want me to send detectives to question her train crews and her house servants? Is it Dagny Taggart?”

Lillian is infuriated by this; more so, we’re told, than she would have been to find out that Hank was dating a “lesser” woman. She demands that he cease his affair, but he refuses:

“Have you thought of me?” she screamed, her voice breaking against his face. “Have you thought of what you’re doing to me? You have no right to go on, if you know that you’re putting me through hell every time you sleep with that woman! …Can you buy your pleasure at the price of my suffering? Can you have it, if this is what it does to me?”

… “Lillian,” he said very quietly, “I would have it, even if it took your life.”

She reminds him again that “you swore to serve my happiness” when they got married, but that he’s never kept his end of the bargain: “you’ve never been concerned with anything but yourself”. Hank parries by reminding her that he’s a Capitalist Hero and therefore exempt from having to keep his promises:

“Whatever claim you may have on me,” he said, “no human being can hold on another a claim demanding that he wipe himself out of existence.”

Wait, wait, wait. Hank just said that he would carry on his affair with Dagny even if he knew that Lillian would die from it. But now he’s saying that no human being has the right to force another to the point of self-destruction. If Hank’s having to stay in an unhappy marriage and be miserable would constitute “wiping himself out of existence”, why doesn’t that description also apply to the suffering that Lillian would endure by having her face rubbed in the knowledge of his continuing infidelity?

What this comes down to, again, is that Rand has one standard of morality for her protagonists and a different one for everyone else. If you love capitalism enough, your desires reign supreme and you’re entitled to do anything you want to have your own way. If you don’t, your desires are irrelevant and any attempt to get your own way is just further proof of your irredeemable evil.

He says that he doesn’t understand what she’s still getting out of their marriage, but that if she wants a divorce, he’ll grant her one. If she wants to continue as they are, he’ll accept that as well, but in that case she has to agree to never bring this up ever again.

“Miss Dagny Taggart…” she said, and chuckled. “The superwoman whom common, average wives were not supposed to suspect. The woman who cared for nothing but business and dealt with men as a man. The woman of great spirit who admired you platonically, just for your genius, your mills and your Metal!” She chuckled. “I should have known that she was just a bitch who wanted you in the same way as any bitch would want you — because you are fully as expert in bed as you are at a desk, if I am a judge of such matters. But she would appreciate that better than I, since she worships expertness of any kind and since she has probably been laid by every section hand on her railroad!”

She stopped, because she saw, for the first time in her life, by what sort of look one learns that a man is capable of killing.

… “Lillian,” he said, in an unstressed voice that did not grant her even the honor of anger, “you are not to speak of her to me. If you ever do it again, I will answer you as I would answer a hoodlum: I will beat you up.”

Rand insists many times that the single greatest evil a man can commit is to initiate physical force against another. It’s a centerpiece of John Galt’s speech later in the book. But she’s lying about this. No matter how many times she argues for this principle, she doesn’t really believe it herself.

What we see, instead, is that in her eyes it’s perfectly okay for her heroes to use force or the threat of force to get what they want or to punish people who displease them. She shows this over and over again, whether it’s Nat Taggart throwing a government official down the stairs, Francisco slapping Dagny for telling a joke he didn’t like, Ellis Wyatt making blackmail threats and blowing up his oil fields to spite the state of Colorado, Dagny threatening to commit murder, Francisco and Hank dragging Dagny around, twisting her arms and having sex with her whether she wanted them to or not… and so on and so on. Hank openly threatening to beat his wife is just the icing on this revolting cake. 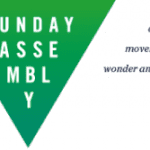