I’ve said that, in the name of being fair to Ayn Rand, I’ll point out the passages in Atlas that struck me as good, effective writing. This part has one of them, a suitably moody and atmospheric description of what’s happening to New York City:

In the second week of February, for the purpose of conserving copper wire and electric power, a directive forbade the running of elevators above the twenty-fifth floor. The upper floors of the buildings had to be vacated, and partitions of unpainted boards went up to cut off the stairways… The tops of the cities were cut down.

The inhabitants of New York had never had to be aware of the weather. Storms had been only a nuisance that slowed the traffic and made puddles in the doorways of brightly lighted shops. Stepping against the wind, dressed in raincoats, furs and evening slippers, people had felt that a storm was an intruder within the city. Now, facing the gusts of snow that came sweeping down the narrow streets, people felt in dim terror that they were the temporary intruders and that the wind had the right-of-way.

Dagny is at a meeting of the board of Taggart Transcontinental, whose situation is dire. Government flunkies are pushing the company around, making impossible demands on them; their branch lines are bleeding money, and their main lines are critically in need of repair. Everyone looks to Dagny for help, but she tells them, bitterly, that they’ve come to the pass she warned them about and that there’s nothing she can do. Her only concern is to preserve a vital piece of infrastructure, their bridge across the Mississippi River:

The great Taggart Bridge at Bedford, Illinois, had been built by Nathaniel Taggart. He had fought the government for years, because the courts had ruled, on the complaint of river shippers, that railroads were a destructive competition to shipping and thus a threat to the public welfare, and that railroad bridges across the Mississippi were to be forbidden as a material obstruction… He had won that battle by a majority of one voice on the Supreme Court. His bridge was now the only major link left to hold the continent together.

If you missed it, notice that Atlas is rewriting the past and not just the future. There was never a time in American history when a company could be shut down by court decree solely because it might put competitors out of business. Rand wants us to think that the dystopia in this book is what the real America could become, but in her eagerness to recast all of history along her ideological lines, what she’s done is to shunt her entire plot into an alternate history with little resemblance to the real world.

While Dagny stands by silently, a member of the board proposes to tear up the John Galt Line, which she built with her own two hands (apparently) and to use the Rearden Metal rail to reinforce the worst gaps in the rest of the system. She knew this was coming, but she can’t bear to listen, and she walks out:

The assignment she gave herself for the next few moments was to put on her coat and be first to leave the room.

Halfway through the lobby, she stopped. A man stood leaning against the wall, in a manner of purposeful waiting — and it was she who was his purpose, because he was looking straight at her.

It’s Francisco who’s waiting for her, of course. He asks her, “Have they finally murdered John Galt?”, and when she confirms it, he suggests that they go out for a drink.

“Dagny,” he said, looking at the city as it moved past their taxi window, “think of the first man who thought of making a steel girder. He knew what he saw, what he thought and what he wanted. He did not say, ‘It seems to me,’ and he did not take orders from those who say, ‘In my opinion.'”

She chuckled, wondering at his accuracy: he had guessed the nature of the sickening sense that held her, the sense of a swamp which she had to escape.

“Look around you,” he said. “A city is the frozen shape of human courage — the courage of those men who thought for the first time of every bolt, rivet and power generator that went to make it… There was a time when human beings crouched in caves, at the mercy of any pestilence and any storm. Could men such as those on your Board of Directors have brought them out of the cave and up to this?” He pointed at the city.

“Then there’s your proof that another kind of men do exist.”

“Think of them and forget your Board of Directors.”

Omitted from Francisco’s speech is that a city is also the frozen shape of human community. Cities aren’t built by a million entrepreneurs working in isolation from each other, but by people working in concert, coming together to enact democratic laws that channel and steer the efforts of individuals. Besides the obvious public goods like police, fire, water, sewers, roads and utilities, there are public parks, public schools and libraries, zoning laws, building codes, labor laws, pollution-control laws, safety regulations. The world we take for granted is a product of laws and institutions every bit as much as it is a product of capitalism, and you can’t just subtract out the things you don’t like and assume that all the credit goes to whatever’s left over.

And this principle is true in general. It’s not just capitalists who brought us out of the caves.

There’s a famous experiment in behavioral economics, the Ultimatum Game. In it, two players are given $10, or some suitable sum, to divide between themselves. One player makes an offer: say, $7 for me and $3 for you, or whatever amounts they wish. The other player can’t bargain; their only choice is to accept or reject the offer. But if they reject it, both players get nothing.

Classical economics, which treats human beings as fully rational, purely selfish utility-maximizers, predicts that the first player should always offer the most unfair split possible – $9 for me and $1 for you, say – and the second player should always accept it, since any amount of money is better than no money. But that’s not what happens. Instead, people tend to reject offers of less than 30%. Although there’s some cultural variation, this basic pattern is seen in many societies around the world. Even chimpanzees show this aversion to unfairness.

The Ultimatum Game is an example of “altruistic punishment“: people incurring a cost to punish a wrongdoer, even a wrongdoer who hasn’t directly harmed them. Altruistic punishment, like anything with the word “altruism” in its name, enrages Ayn Rand and her followers; but studies and simulations suggest it’s essential to building complex societies – you know, like those cities Rand idolizes.

Without punishment to enforce social norms, selfishness runs wild and people have a tendency to become exploitative free riders, taking out more than they put back in. If everyone acts this way, no one can trust each other, and society collapses. But when punishment is added back to the mix, cooperation can flourish, and it becomes possible for people to work together to accomplish things that could never have come about if they were all working at cross purposes. 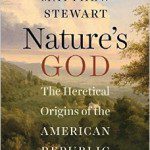 September 14, 2014 I Get Religious Mail: Help Us Solve This Problem We Created
Recent Comments
154 Comments | Leave a Comment
Browse Our Archives
get the latest updates from
Daylight Atheism
and the Patheos
Nonreligious
Channel
POPULAR AT PATHEOS Nonreligious
1