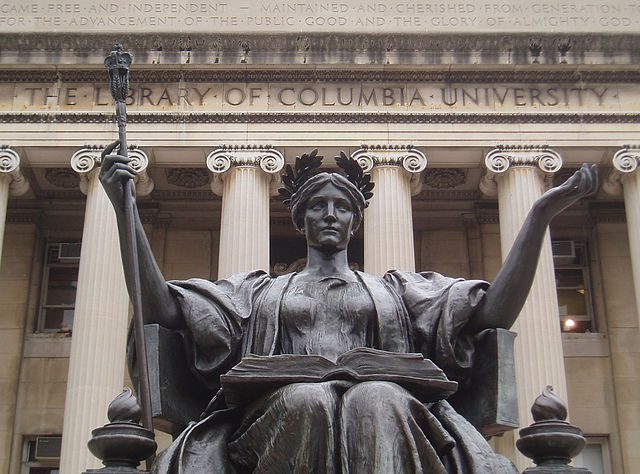 This chapter opens with a veritable socialist Legion of Doom, as all of Rand’s villains whom we’ve already met, plus a few we haven’t, are gathered in one room plotting how to bring down the capitalists. One is Jim Taggart; another is Floyd Ferris; a third is Orren Boyle; a fourth is Wesley Mouch, Rearden’s traitorous lobbyist, now a powerful government bureaucrat. There’s also a new character, Mr. Thompson, whom Rand describes as “the Head of the State” (not “the president”, another term she never uses):

[He] possessed the quality of never being noticed. In any group of three, his person became indistinguishable, and when seen alone it seemed to evoke a group of its own, composed of the countless persons he resembled. [In a better book, this would be a superpower that he would use to fight the heroes. -A.L.]

…He had broad shoulders and a slight body. He had stringy hair, a wide mouth and an elastic age range that made him look like a harassed forty or an unusually vigorous sixty. Holding enormous official powers, he schemed ceaselessly to expand them, because it was expected of him by those who had pushed him into office. He had the cunning of the unintelligent and the frantic energy of the lazy.

We also hear some more about Wesley Mouch, although not before Rand again takes the time to emphasize how unattractive and therefore evil he is (actual line: “His lower lip was a petulant bulb and the pale, brownish pupils of his eyes looked like the yolks of eggs smeared under the not fully translucent white”).

Wesley Mouch came from a family that had known neither poverty nor wealth nor distinction for many generations; it had clung, however, to a tradition of its own: that of being college-bred and, therefore, of despising men who were in business.

…In high school, Wesley Mouch had been one of the worst students and had passionately envied those who were the best. College taught him that he did not have to envy them at all.

While in college, Mouch inherited a fortune from a wealthy uncle, which he promptly squandered. After graduating, he went into advertising and failed upwards, taking jobs at a series of companies selling snake-oil patent medicines and blaming each failure on “the insufficiency of his advertising budget”, before finally being hired as a lobbyist by Hank Rearden, “who knew no standard by which to judge the activities of his Washington man”. (Um, if you’re in advertising, your job is to sell things. Shouldn’t a mighty capitalist businessman be able to judge how good a person is at that?)

Last but not least, there’s Fred Kinnan, “head of the Amalgamated Labor of America”:

He was a muscular man with large features, but his face had the astonishing property of finely drawn lines that raised the corners of his mouth into the permanent hint of a wise, sardonic grin. He sat on the arm of the chair, hands in pockets, looking at Mouch with the smiling glance of a hardened policeman at a shoplifter.

All of them are fretting about the rapidly deteriorating state of the country and squabbling over who’s to blame for it. To avoid economic collapse, they agree that “drastic measures” will be necessary; specifically, something called Directive 10-289, which they discuss in the typically evasive and circuitous manner of a Rand villain. They all know what it contains, but none of them want to state it outright, so instead they carefully skirt the topic, wondering out loud if they can get away with it without naming what it is they’re planning to do.

“I don’t care what you decide to do, Wesley,” said Mr. Thompson, “and I don’t care if the businessmen squawk about it. Just be sure you’ve got the press with you. Be damn sure about that.”

“One editor who’d open his trap at the wrong time could do us more harm than ten disgruntled millionaires.”

“That’s true, Mr. Thompson,” said Dr. Ferris. “But can you name one editor who knows it?”

Really? This massive, all-encompassing edifice of evil they’re planning could be ruined by a single newspaper editor? On top of everything else, this isn’t even a competent gang of villains. Don’t they have secret police to keep the media in line? No hired goons who could go around to the newspaper offices tapping lead pipes on their palms and making suggestive comments? Rand came from the Soviet Union; she ought to know that totalitarian states can be very good at repression even if they’re not good at anything else.

Rand also tells us that Wesley Mouch’s family despises businessmen because they’re “college-bred”. Shortly thereafter, she repeats this to make sure we all get the message, that college will rot your brain and turn you into a looter:

“Mr. Kinnan,” said Dr. Ferris, “you must not make the old fashioned mistake of drawing wide generalizations. Our policy has to be flexible. There are no absolute principles which—”

“Save it for Jim Taggart, Doc,” said Fred Kinnan. “I know what I’m talking about. That’s because I never went to college.”

This is a strange jab, to say the least. You’d think that a book whose entire purpose was to valorize the “men of the mind” would be all in favor of higher education, but apparently that’s not the case.

Instead, Rand romanticizes blue-collar, salt-of-the-earth types who don’t need none of that fancy-pants big-city book-learnin’. We saw this with Hank Rearden and Ken Danagger, both of whom dropped out of school while they were children, and not only suffered no lifetime intellectual deficits from it but ended up being smarter and more competent than everyone else. We also see it in this scene, using Rand’s standard attractive-equals-good rubric: Fred Kinnan, although he’s a looter and ultimately doomed to perish with the rest, has no illusions about his fate. He’s able to recognize his position in a way that the others don’t, “because [he] never went to college”, and therefore he’s not described as ugly and squishy like the others.

We’ll see later that Rand isn’t against college per se, so long as people with the right ideology are in charge; but she considers it, at best, unnecessary. Her greatest heroes, like Francisco d’Anconia, Rearden and John Galt, have an inborn genius that owes nothing to formal education.

Why was Ayn Rand so down on higher education? I can think of several answers. One could simply be that this is a Take That against the institutions of higher education that never took her seriously as a philosopher and denied her the recognition she craved.

But a deeper reason, I’d speculate, is that her ideology doesn’t really allow a place for education. After all, in the Objectivist worldview, everyone gets what they deserve, for better or for worse. As long as you love capitalism enough and work hard enough, you can never fail. Admitting that education plays a vital role in unlocking people’s potential for success would compromise this simplistic scheme. It would come perilously close to admitting that her heroes aren’t completely self-made or self-reliant.

In fact, given Ayn Rand’s belief in the immutability of people’s character types, caring too much about education, especially if it’s public education, would be positively immoral. It would be like trying to make a productive capitalist out of a looter, something that Rand is adamant can’t be done. Better, in her eyes, would be to yank away all sources of support so that the unworthy moochers can perish all the sooner. Because she can’t countenance the idea that any intervention can change someone’s rightful destiny or make an undeserving person deserving, she has to take the line that education, in the final accounting, is irrelevant.