Last month, in “The Mabus Problem“, I mentioned the violent threats against feminist media critic Anita Sarkeesian. The threat campaign hasn’t let up, and as she continues to speak out, it’s gotten even worse. Last month, there was a bomb threat against an awards ceremony that planned to honor her. Sarkeesian didn’t blink at the threat, and the event went on as planned (with some extra police protection). But now, for the first time, she’s had to cancel a talk.

The talk in question was going to be at a state college in Utah. But before she arrived, a misogynist sent an e-mail to the school containing this horrific threat:

“If you do not cancel her talk, a Montreal Massacre style attack will be carried out against the attendees, as well as students and staff at the nearby Women’s Center. I have at my disposal a semi-automatic rifle, multiple pistols, and a collection of pipe bombs. This will be the deadliest school shooting in American history and I’m giving you a chance to stop it.” (source)

Shockingly, under Utah law, the college wasn’t allowed to ban guns from the venue, despite this detailed and specific threat to commit mass murder. I assume this is a consequence of NRA-backed laws mandating that gun-fondlers be allowed to carry their weapons everywhere and anywhere without restriction:

“Sarkeesian asked if weapons will be permitted at the speaking venue,” according to a statement released late Tuesday by USU. “Sarkeesian was informed that, in accordance with the State of Utah law regarding the carrying of firearms, if a person has a valid concealed firearm permit and is carrying a weapon, they are permitted to have it at the venue.”

Just so we’re clear, this by definition is terrorism: the use of violence or the threat of violence to achieve a political objective by fear. And it’s not just Sarkeesian who’s been targeted. The game developer Brianna Wu, who’s also been outspoken on this issue, has received extremely explicit rape and murder threats, as has another developer, Zoe Quinn. Other female journalists and developers have quit the industry due to unrelenting misogynist harassment and abuse.

These violent, terroristic threats have shone a light on “Gamergate”, a leaderless internet movement that’s behind much of the harassment. Its members claim to be concerned about ethics in game journalism,* but in reality their goal and purpose is to intimidate into silence any outspoken woman or anyone who calls for better representation of women and minorities in the gaming industry. Sarkeesian has said that many of the people participating in it are the same ones who’ve been harassing her for years. (Deadspin and RationalWiki have thorough rundowns if you want to know more.)

Gamergate is a clear illustration of the “Koolaid Point“: the principle that trolls start to attack when a woman garners attention and acclaim which, in their eyes, she doesn’t “deserve”. Like many other communities (not least the atheist community, but also including SF/F, software development, and STEM fields in academia), gaming is becoming more diverse and attracting a broader audience of people. And just as with past reactionary backlash movements, this inevitably leads to an outbreak of threatened masculinity. Too many men become anxious at the thought that something they thought of as “theirs” might now have to be shared with outsiders; and that fear is easily transmuted into violent anger.

The Gamergate terrorism bears a striking resemblance to the long campaign by Muslim fundamentalists to silence outspoken critics of Islam, such as Salman Rushdie, by threatening murder and mayhem. Like all users of this tactic, their resort to thuggish violence shows that they can’t rationally defend their ideas. Unfortunately, this particular outburst of hate can’t be blamed on religion. Look at what Anita Sarkeesian says about some of her harassers:

I find it ironic that self-described “atheist” men are far more hateful and awful towards me online than conservative Christians are.

I’m ashamed and disappointed, but not surprised. As any regular reader of this blog knows, there’s an ugly vein of misogyny running through the atheist community, and it stands to reason that some of the bad actors would find common cause with this crowd. For example, Miranda Celeste Hale, who was last seen failing to defend Richard Dawkins, the other day took it upon herself to cheer on the Gamergate mob.

This is why it’s so vital for atheists and humanists to take a stand against harassment and hate, in our community and elsewhere. I refuse to let these foul and twisted voices of misogyny go unchallenged, or to give the impression that they speak for all atheists. If we nonbelievers want to be known as people who stand for the good, we need to make it absolutely clear that these loathsome trolls have no place among us, and that we utterly condemn and repudiate their behavior.

If there’s any reason for optimism, it’s that the latest threats have vaulted this issue into the public eye in a huge way, attracting front-page coverage from the New York Times, the Washington Post, the Los Angeles Times, Rolling Stone, and many, many more media outlets. Many prominent figures within the industry have also spoken out against harassment, confusing and dismaying the trolls who deluded themselves into believing that their heroes were on their side.

This is a prime example of victory by adversarial overreaction. The trolls thought they could quash serious criticism, but at every step of the way, it’s been their outbursts that have elevated Sarkeesian and other feminist critics to much greater prominence. And they’ve helpfully proven her point by making the ugly underbelly of gaming inescapably clear to anyone who cares to look. This is by no means a guarantee that things are going to get better – but that improvement can never happen, nor can the worst offenders be exposed, shamed and prosecuted as they so richly deserve, if people aren’t talking about it.

* Ironically, if you actually cared about the ethics of game journalism, there are plenty of obvious targets – like game companies that only send out advance copies to reviewers who promise to write positive reviews containing preapproved talking points – but the Gamergate mob has shown not a blip of interest in this. 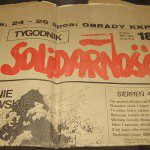 October 22, 2014 Popular Delusions: Sovereign Citizens
Recent Comments
0 | Leave a Comment
"they avowed their certainty that Jesus would bring her back to life:Despite this not being ..."
Bob Seidensticker The Strange Sad Story of Olive ..."
"...currently every single link in the "Trending at Patheos Nonreligious" is to a "I'm moving ..."
OverlappingMagisteria Announcing: OnlySky
"I've already signed up on Jonathan Pearce's site. Looking forward to the new digs."
ORAXX Announcing: OnlySky
"Interesting. Although if Andrew Hall is coming along, I hope the new site will make ..."
bificommander Announcing: OnlySky
Browse Our Archives
get the latest updates from
Daylight Atheism
and the Patheos
Nonreligious
Channel
POPULAR AT PATHEOS Nonreligious
1