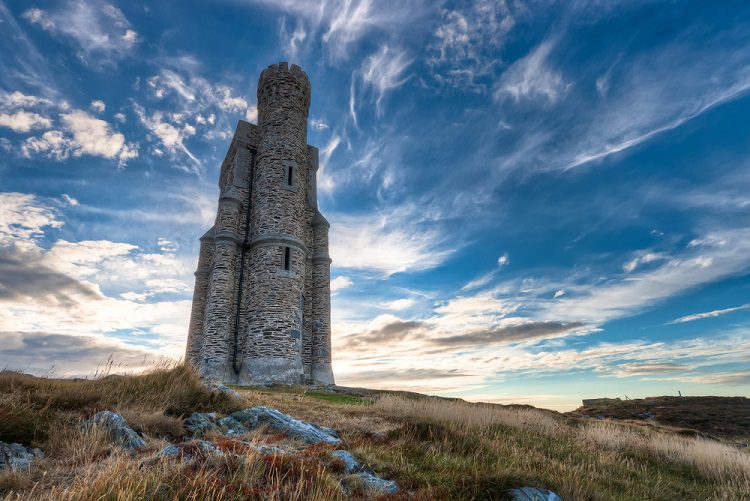 This month, an Oregon pastor went on trial to face charges that he, like Kent Hovind before him, hadn’t paid income taxes since 1994. On the stand, he offered a peculiar defense:

Attorney Mark Weintraub argued that Ronald Joling has a deeply held belief that he is not required to pay federal taxes, which he claims was influenced by his conservative Christian views and teachings he’s picked up from the sovereign citizen movement.

The local newspaper The Register-Guard reported on Joling’s testimony in more detail:

[Joling] said that his Bible-based, conservative Christian background provides a foundation for the conclusions he formed after reading the U.S. Constitution, the federal tax code and dozens of books penned by authors whose views on taxes and government made sense to him.

“It confirmed to me that I am not one that is made liable in that (tax) code,” Joling testified. He added that his decision to stop paying taxes more than 20 years ago “was the right and proper thing to do” and that he’s sure his actions have put him on “biblical safe ground.”

Joling’s testimony shows that he belongs to the “sovereign citizen” movement (also known as freemen-on-the-land or OPCA litigants, for “organized pseudolegal commercial argument”), a loosely organized anti-government ideology whose members declare that they’re “sovereign” in themselves and, hence, not subject to any federal, state or local laws. Would-be sovereign citizens are usually tax resisters, as in Joling’s case, but they often seek to opt out of many other laws and regulations as well.

To back this up, sovereign citizens propose a wide variety of bizarre and fanciful legal theories. One of the most common is that the original, legitimate U.S. government ceased to exist at some point – the revocation of the gold standard is a popular choice – and was secretly replaced by a usurper government based on a completely different set of laws, which people have been tricked into accepting by devious propaganda. Another common belief is that, at everyone’s birth, the government creates a “straw person” – an artificial legal entity, typically with the same name as the real person, except in ALL CAPS – and that it’s the straw person, not the flesh-and-blood human being, who’s liable for fees, taxes and all the rest.

Religious themes often feature prominently, with sovereign citizens asserting that human beings owe allegiance only to God or some such. The best-known example is an Oregon sect calling itself the “Embassy of Heaven” which melds sovereign-citizen ideology with Christian fundamentalism, claiming to be God’s true and legitimate government on Earth. Its members frequently run afoul of the law for doing things like driving in cars with Embassy of Heaven-issued license plates. (They have their own website, if you want some entertainment.)

Sovereign citizens treat the court system like a wizard incanting a magic spell. They’re convinced that if they utter the right code words, they’ll be immune from prosecution or lawsuits, or that they can claim a share of the vast hoard of cash they’re sure the government is illegally withholding (Ronald Joling, the Oregon pastor, has sued county officials to demand “27,000 ounces of pure silver”). Frequently, this extends down to filing pleadings with extremely specific fonts, colors and punctuation usage. Sometimes it’s even more specific than that, as in this Time Cube-esque example containing dozens of paragraphs of gibberish:

For the establishment of the Truth with the noun-subject-matter-language with this Counter-claim in the now-tense is with the now-tense-seizure/salvage of the fiction-jurisdiction, in the use by the PLAINTIFF and DEFENDANT by the COUNTER-CLAIM, by the [DE]FENDANT.

Another example by the same fellow:

The only thing all these schemes have in common is that they don’t work. The legal incantations invariably fail to have the desired effect; sovereign citizens facing criminal charges don’t magically get set free, much less handed a pile of gold for their trouble. The most famous case was the actor Wesley Snipes, who spent three years in prison after refusing to pay taxes, citing sovereign-citizen arguments and claiming to be a “nonresident alien”. (My personal favorite is the judge who told one of them: “The Court therefore feels some measure of responsibility to inform Defendant that all the fancy legal-sounding things he has read on the internet are make-believe.”)

But since sovereign citizen ideology can’t hold out for vindication in the afterlife, what I wonder is how the movement persists and propagates itself. Some of them – the “gurus” who travel the country giving lectures and selling books and advice on how to opt out of the law – are obviously just con artists, cynically exploiting the gullible to enrich themselves. But many of them are sincere. They recite their incomprehensible legalese in the apparent belief that this will really work. How do they deal with the cognitive dissonance of seeing their fellow travelers convicted, or being convicted themselves? How do they explain the failure of their pseudolegal jargon to have the claimed effect?

Unfortunately, at least part of the answer seems to be that when their tactics fail, their frustration curdles into anger and worse. Sovereign citizens are notorious sources of so-called “paper terrorism“, filing malicious liens and other documents whose purpose is to clog the court system and harass their enemies. A few of them turn to actual terrorism: earlier this year, a sovereign citizen named Dennis Marx attacked a courthouse in Georgia, apparently planning to storm the building and take hostages, but was shot and killed by police before he made it inside. There was also a father-and-son pair, Joseph and Jerry Kane, who murdered two Arkansas police officers during a traffic stop and were later killed in a shootout. As their kooky claims run aground on the shoals of reality, it’s unfortunately likely we can expect more sovereign citizens to turn to violence.

October 20, 2014
#Gamergate: The New Face of Misogynist Terrorism
Next Post 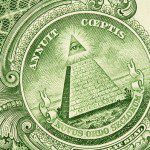 October 24, 2014 Atlas Shrugged: The Living Wage
Recent Comments
0 | Leave a Comment
"So...it's fallen because God threw it down? But he considers himself justified in doing so ..."
Beroli Life’s Random Cruelty
"God didn't create a fallen worldYet according to your other comment in this thread, which ..."
Adam Lee Life’s Random Cruelty
"Yet St. Paul wrote that "creation was subjected to futility, not willingly, but because of ..."
Joe DeCaro Life’s Random Cruelty
"He created a world that, before even creating it, he knew would end up fallen. ..."
ThrasherGX Life’s Random Cruelty
Browse Our Archives
get the latest from
Daylight Atheism
Sign up for our newsletter
POPULAR AT PATHEOS Nonreligious
1